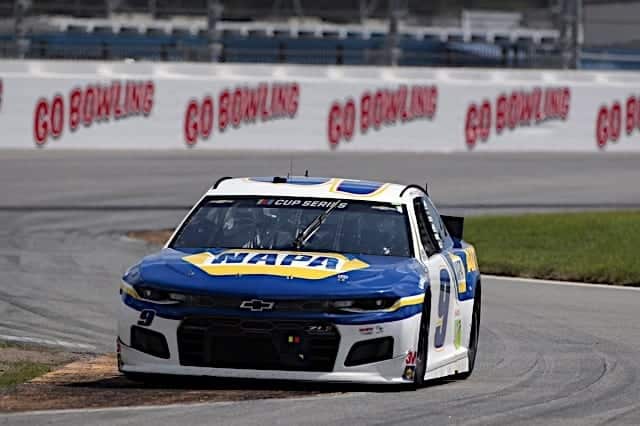 After this season, NASCAR plans to go to the Daytona International Speedway road course once again for the 2021 Clash. This past weekend’s races showed us that another chance should be given to this track.

What should NASCAR do regarding the Daytona road course in the future? Give it a points-paying race and take one away from the oval?

Q: Should NASCAR change The Clash back to the oval after seeing how this weekend’s races went at the Daytona Road Course, or is it fine keeping it as is? Kenny S., Danbury, CT

A: I am all about tradition and keeping tradition alive, but I was originally very good with the change to the road course for The Clash. However, even though we did not necessarily see a bad race on Sunday, it would not be the worst thing to move the race back to the oval.

There are a few reasons why it would probably be in the best interest to move it back. First is the tradition aspect. While NASCAR is an ever-changing sport right now, it is always important to keep your traditions up as best as you can. They have done a great job of it with the crown jewel events, but keeping the oval for The Clash just seems right.

The second reason is what has been happening in the world and how the sport has been affected. While we hope everything can be as close to normal as possible by February 2021, we just do not know. We can all hope but things may still be shaky by then, and who knows if fans will be able to pack the place once again. For the interest of the limited fans that may be there, holding a race at the oval would probably be more popular for the event.

Last but not least, the amount of cars for The Clash is much less, which means there is more opportunity for spreading out at the road course. Everyone loves how close road course racing can get sometimes, but with the amount of cars, it may not be the greatest. We will still have a very competitive field, but the oval race would give us the best show.

We do not have an ounce of an idea what NASCAR is going to do about this event. We still have the rest of 2020 to run, and that is the sport’s main focus. It has been a challenging year for all of us, and the last thing NASCAR wants to do is make a wrong and bad decision. Remember, the Next-Gen car was supposed to be rolled out next year prior to the pandemic happening. The Clash was supposed to be the final race for the Gen-6, which may have made it that much better and good for teams.

Once we finish out this season, it will be time for NASCAR to make some decisions. A lot will have to do with what happens with the pandemic and whether or not things improve. All we can do is keep watching the racing we have and leave the rest up to the sanctioning body.

Q: Do you think Chase Elliott’s success on road courses has been based purely on his talent or the cars he has been given? Or maybe both? Larry B., Moorseville, NC

A: Both. However, if you think about it, your cars have to be very good to do what Elliott has done on the road courses since 2018. I really do not think anyone can pinpoint what it is about Elliott on these types of tracks, but he has adapted better than anyone has in such a quick period of time.

If there is any place on the schedule that someone can showcase how good of a driver they really are, it would be on the road courses. While we all know how extremely talented he is, it seems like his specialty are these road races.

The legend he replaced as a rookie, Jeff Gordon, is arguably the greatest road racer of all time in the series, winning nine times. Could Elliott have learned a lot from that team and Gordon himself? Definitely, and the fact that Alan Gufstafson worked with Gordon and knew what he wanted out of a car on those tracks.

Obviously, Hendrick Motorsports is one of the top teams in the series, and he is being given some of the best cars. However, you have to have the talent to win these road course races, especially three in a row like Elliott has done. Combine both talent and car, and you have a dominant combination at every single one of these races.

Elliott will be going for his fourth road course win in a row at the Charlotte Motor Speedway ROVAL in October, and I would say he is already the favorite for that race. Will his domination last a while? I can see it going on for another year, maybe until we get the a Next-Gen. Do not overlook Elliott on the ovals either, as he has shown. With as much talent as he has, anything can happen with him the rest of 2020.

Based on the races run on the Daytona roval last weekend, I wish that they would never use it again. I didn’t see the truck race, but the cup and Xfinity races were dull, boring, and forgettable.