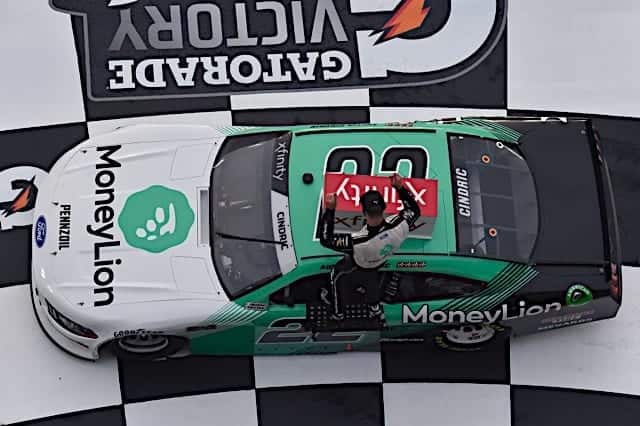 It’s a full weekend of action for the NASCAR Xfinity Series at Dover International Speedway, and Austin Cindric will lead the way in Saturday’s (Aug. 22) Drydene 200.

Cindric, who is currently the hottest driver on the circuit, takes the pole after winning last week’s race at Daytona International Speedway’s road course.

The lineup was based on a formula combining the driver’s finishing position from last race (weighted 50%), owner points (35%) and fastest lap from the last race (15%).

The Drydene 200 will run on Saturday and Sunday, Aug. 22-23 at 12:30 and 1 p.m. ET, respectively. Television coverage will be provided by NBC Sports Network.