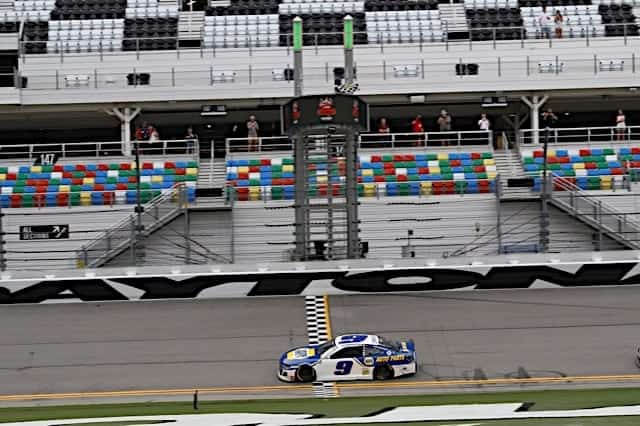 NASCAR Cup Series teams take to Dover International Speedway this weekend for two days of racing, and Chase Elliott will lead the field to green in Saturday’s (Aug. 22) Drydene 311.

The lineup was made based on a formula using finishing position from last race (weighted 50%), ranking in team owner points (35%) and fastest lap from the last race (15%).

Austin Dillon has not yet been cleared to race after testing positive for COVID-19, but if he does clear, he would start near the rear of the field.