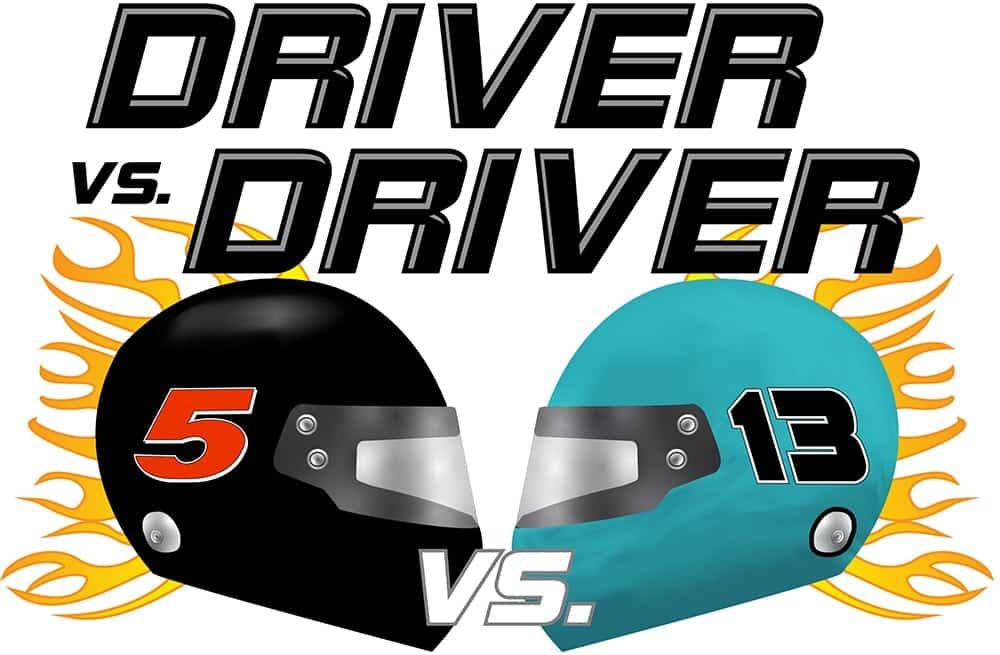 Sometimes a driver makes it all the way to NASCAR’s Cup Series only to discover that their best success came elsewhere. Or, they struggle in Cup but move to another series and flourish. NASCAR has enough variety in its different series that drivers can find a niche where they’re at their best.

This month, we focus on the Gander RV & Outdoors Truck Series and drivers who have found their best success wheeling the pickups. The rules are simple: drivers must have competed against one another over time, and they must have something in common. Here, there really are no winners; that’s up to the ages to decide. But there sure are some great conversations about the best of the best.

This week, we pair up two drivers who raced in the Cup Series but found their best success in Trucks. Mike Skinner has the distinction of being the Truck Series’ first champion in 1995 and followed that up with a third place in 1996 before moving on to the Cup Series before making a return to the Trucks, where he finished in the top 10 in driver points six more times. Skinner has 55 more starts in Cup than Trucks, but the Trucks were his best series.

Johnny Sauter won his title in 2016, four years after Skinner retired from driving, but the pair went head to head for a couple of seasons. Sauter raced in the Xfinity and Cup series before making the move to Trucks full time in 2009, and there’s no doubt it was the right move.

But which of these two hard-nosed racers will go down as the best?

Let’s acknowledge something right upfront: Mike Skinner’s career does laps around Johnny Sauter’s. If you are one of the principal reasons as to why the Truck Series got off the ground in the first place, you are likely going to be a superior figure any way you look at it.

In the same way that Red Byron possesses near-immortality as NASCAR’s first-ever champion, it is Skinner who takes the cake as the first champion of the Trucks. It was no fluke, as he and rival Ron Hornaday Jr. would annihilate the competition in the first two seasons of Truck competition.

One of the reasons why is that across 1995 and 1996, he posted an astonishing winning percentage that sat just above 36%, meaning he would score a victory in a little over one of every three races he entered during that span. The legendary Dale Earnhardt couldn’t even do that in his respective series, and Sauter has not even remotely come close to doing something like that.

No wonder Skinner was quickly thrust into a NASCAR Cup Series ride in 1997. However, as with the trend of the early competitors in the Trucks, Skinner fell back down into the pickups several years later, effectively splitting his career in half. He went on to rack up 12 more wins after his initial foray up the ladder.

Compared to Sauter, it is hard to judge how Skinner stacks up, though. Though they did race against each other, they primarily competed in two different eras. Skinner had a large break between his, while Sauter has effectively been a lifer. Most glaringly of all, Sauter is still actively competing, so his statistics and legacy will undoubtedly change as his career continues to progress.

However, Skinner currently has more wins in over 50 fewer starts. Granted, as they stand now, that difference sits at only four wins, but it could close. Then again, Sauter is currently riding a lengthy winless streak and has struggled to find the front in 2020. No matter what, Sauter is going to continue to have to make starts to catch Skinner, which further widens the gap.

Already mentioned was Skinner’s single-season prowess of the mid-1990s, but it does not stop there. In 2007, while Skinner was driving for Bill Davis Racing, he won nearly half (12 of 25) of the pole awards given away that season. The most poles Sauter has ever won in a season was a modest two.

Although he finished fifth in the points that year, 2007 was Skinner’s third and final season in which he led over 1,000 laps. Sauter has never done that. Speaking of laps led, Skinner has led nearly 4,000 more laps in his career than Sauter.

The dominance does not stop there. Skinner leads Sauter in top fives, top 10s, average start, average finish and best paint scheme. OK, maybe the paint scheme is arbitrary, but who can argue with his iconic No. 3 GM Goodwrench Chevrolet Silverado he drove in those early days that was identical to Earnhardt’s Winston Cup car? You’re a badass if you get to do that.

When he got the call to Cup, he was teammates with none other than Earnhardt himself; even his Cup career was more impressive than Sauter’s. While each did not enjoy much success at the top level, Skinner collected nearly 40 top 10s, compared to Sauter’s three. Skinner nearly even won a race at Talladega Superspeedway in 2000. – Zach Gillispie

When Mike Skinner won the inaugural Truck Series championship at the end of the 1995 season, Johnny Sauter was only a 17-year-old high school senior from Wisconsin who hadn’t even begun his racing career yet. But Sauter had all the guidance he could ever need to fulfill his racing dreams, thanks to his late father Jim Sauter, as well as brothers Jay and Tim.

Sauter and Skinner first made their connection in 2001, when Sauter joined Richard Childress Racing to make select Xfinity Series starts, as Skinner was racing for the team in the Cup Series. Sauter’s first start was at Richmond Raceway in the fall, finishing an impressive fifth after starting 23rd. After 2001, the two drivers zigzagged their own ways across the three national series until Sauter settled himself into the Truck Series for good in 2009.

The two drivers only competed full time together in the Trucks during the 2009 and 2010 seasons. Skinner recorded three wins in 2009, while Sauter won once between each year (including after making one awesome save at Kansas Speedway). After Skinner made his final start in the 2012 Nextera Energy Resources 250 at Daytona International Speedway, Sauter took full control over his current destiny without Skinner’s presence on the track. We all know, of course, how history played out.

I want to make light of Sauter’s four winning-est tracks that make up the bulk of his 24 career triumphs. He has racked up five wins at Texas, four at Martinsville Speedway, three at Daytona and three at Dover International Speedway (plus two at Talladega Superspeedway, if his 2019 win was upheld). Skinner’s winning-est track is Martinsville, with three wins there. But he only won two times at five other tracks – the rest stay at one apiece.

Even though there are no crown jewel races in the Truck Series per se, Sauter has mastered the skillset of superspeedway racing much better than Skinner. The only superspeedway win that Skinner can boast about? A non-points-paying win in the second 125-mile qualifying race at Daytona in 2001. Sauter, on the other hand, has won three times at Daytona and once at Talladega (well, almost twice).

Let’s talk about points and championships. Ever since Sauter’s rookie season in 2009, he has held a streak of 11 straight full-time seasons with a top-10 points finish, with his worst points finish being a ninth in 2012. Skinner can’t say the same, though, thanks to a less-than-stellar season he had in 2004, where he wound up 11th in points with no wins.

One year that got away from Sauter, though, was the 2011 season. He stayed in the championship fight right up to the finale but lost the championship to Austin Dillon by just six points. His win at Texas Motor Speedway was taken away after illegally changing lanes on the final restart. He received a six-point penalty at Pocono Raceway for having rear end height issues on his truck. And there was no penalty on Dillon at Talladega, where he clearly dipped below the yellow line two different times on the final lap to advance his position. Take all of these incidents away and Sauter would have two championships to his name.

Nonetheless, his 2016 championship was sweet redemption. Three wins, 12 top fives, 19 top 10s and the honor of becoming the first Truck champion under the playoff system. If the the 2016 season continued to use the classic points system, Sauter still would have won the championship by a mere three points over William Byron. That makes Sauter’s 2016 championship as legitimate as Skinner’s from 1995.

It’s safe to say that Sauter has grown to be quite comfortable piloting a NASCAR truck, with 278 starts, 24 career wins and the eternal recognition of being a Truck champion. The fact that he started out at a much younger age than Skinner helps my belief that Sauter is on track to accomplishing more that Skinner did. Even at the age of 42, he still has plenty of fight left in him. Heck, Ron Hornaday Jr. won his fourth Truck championship in 2009 at age 51.

There’s no doubt that we’ll be seeing Sauter in the NASCAR realm for a long time to come. Time is fully on his side. -Jesse Johnston