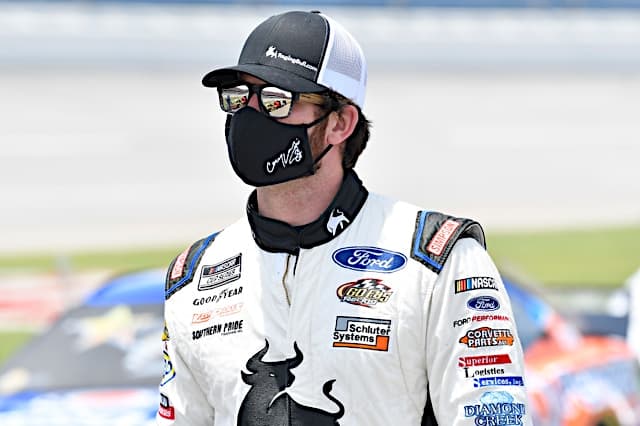 Corey Lajoie will not return to Go FAS Racing in 2021, he confirmed Aug. 21 via Twitter.

“I’m sure most of you have seen the silly season news regarding the mutual decision for me to part ways with GoFas Racing after the season,” LaJoie wrote. “My partners and I are in discussions with several other opportunities to continue improving competitively in the Cup Series.

“Go FAS has been a significant part of my growth. Together, over the last two years of competing, we’ve achieved both career-best finishes for myself and the team. I’ve enjoyed working with all the guys and made lifelong friendships. Archie [St. Hilaire, owner] runs a great team. I wish them all the best next season.”

LaJoie is completing his second full season in the team’s No. 32 Ford in the NASCAR Cup Series. All of his three top-10 finishes have come behind the wheel of the No. 32, including an eighth-place finish in the season-opening Daytona 500 in February.

However, his best showing since is 16th and he currently sits 29th in points.

The organization has not yet commented on his departure and has not named a replacement.