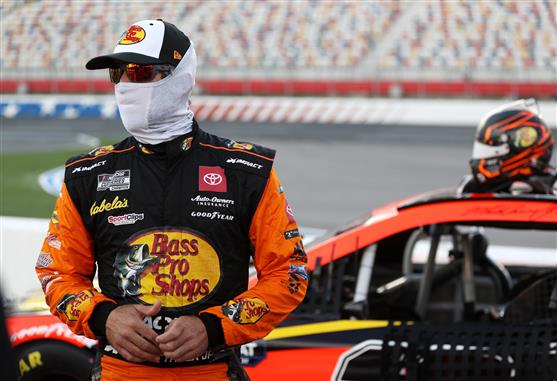 Dover International Speedway is one of the last remaining independently owned racetracks on the NASCAR Cup Series schedule, with the 21 of the other 23 facilities being owned by either NASCAR or Speedway Motorsports Incorporated.

This independent streak that the track has can be felt by both fans and drivers. The unique oval is the longest all-concrete surface in NASCAR, and even though it’s the oldest surface in NASCAR, it has aged well compared to other surfaces in its age bracket. Tracks like Atlanta Motor Speedway and Auto Club Speedway have surfaces that chew tires up after just 20-30 laps, while the surface at Dover is well enough to where tire wear isn’t an issue until well into a fuel run.

This smooth surface with few bumps allows the cars to speed through the track at a breakneck speed. Phoenix Raceway is a flat mile oval, with a pole record at a little over 143 miles per hour. In comparison, the qualifying record at Dover, set last fall, is almost 167 mph. It’s the same distance, yet almost 25 mph difference in speed.

This high rate of speed puts a tremendous amount of g forces and load on the car, sometimes cited as the most in the sport. Racing at Dover feels like racing on a roller coaster, and it can wear the body itself out. And with two Cup races this weekend, there are going to be a lot of sore drivers on Monday morning.

Also, with only 0.1 points awarded for each lap led by a driver, the need for a dominator is less important when building a winning lineup. The 311-lap races will have a total of 31.1 points up for grabs in this category. Take note when building your roster and focus on mid-pack competitors who can climb up toward the front on race day.

Note that due to the nature of this column, my team is constructed for the Saturday, Aug. 22, race. Prices may change for Sunday, Aug. 23, depending on what happens the day prior. Here’s my team for the races this weekend:

The last time Truex finished out of the top 15 at Dover, Sam Mayer, the part-time Gander RV & Outdoors Truck Series driver and winner of the ARCA Menards Series East race at Dover on Friday (Aug. 21), was just nine years old.

Truex has always brought it for his home racetrack, with Dover being the site of his first ever Cup win in 2007. But the 2017 series champion has been on fire recently; in his last seven starts at Dover, Truex has scored six of his seven top-five finishes and two of his wins. While Truex has lost a gear this year in performance with the departure of crew chief Cole Pearn, he’s still been able to find success at his bread-and-butter tracks. Expect Truex to contend this weekend.

Elliott has been near perfect at Dover in his Cup career. Look at that stat line. One of his only two non-top five finishes was a 12th. Entering the fall race, Elliott was the consensus best driver at Dover.

Then he blew an engine eight laps into that race and had to win a do-or-die race at the Charlotte Motor Speedway ROVAL the next week in order to stay in the playoffs.

Still, it’s hard to blame the driver for an engine failure. With momentum from winning the Daytona International Speedway road course last week and a near spotless record at this racetrack, it’s hard not to have Elliott as part of any fantasy team this week.

The future NASCAR Hall of Fame driver will be competing at Dover for the final scheduled time in his career this weekend. The track that Johnson termed his favorite on the schedule heading into this weekend has been extremely kind to the seven-time series champion over the years.

Johnson really seemed to lose so much momentum after being disqualified at Charlotte Motor Speedway in May, and not much has gone right for the team since. Still, the No. 48’s new white paint scheme seemed to bring them speed last weekend at Daytona, and everybody in the shop and on the road at Hendrick Motorsports will be doing everything to get this living legend one more playoff berth these next two weekends.

Bell has never raced at Dover in his short Cup career, but he’s no stranger to the track. The rookie already has two Miles the Monster trophies in his home, courtesy of his success there in NASCAR Xfinity Series competition.

While Bell’s partnership with Leavine Family Racing has become a lame duck, with the team being sold off at the end of the season and Bell going over to the mothership at Joe Gibbs Racing, don’t count them out just yet. They’re probably not going on a playoff run this season, but crew chief Jason Ratcliff is probably going to be doing a lot of experimenting this fall with Bell on setups. This team could have some surprises in the tank.

While McDowell has stepped up his results this season, he’s in the bargain bin this week almost entirely due to his lack of success at Dover. Still, Front Row Motorsports has had some success this season when it comes to surviving the chaos that comes with these doubleheader weekends. Expect a couple of solid results out of McDowell this weekend.