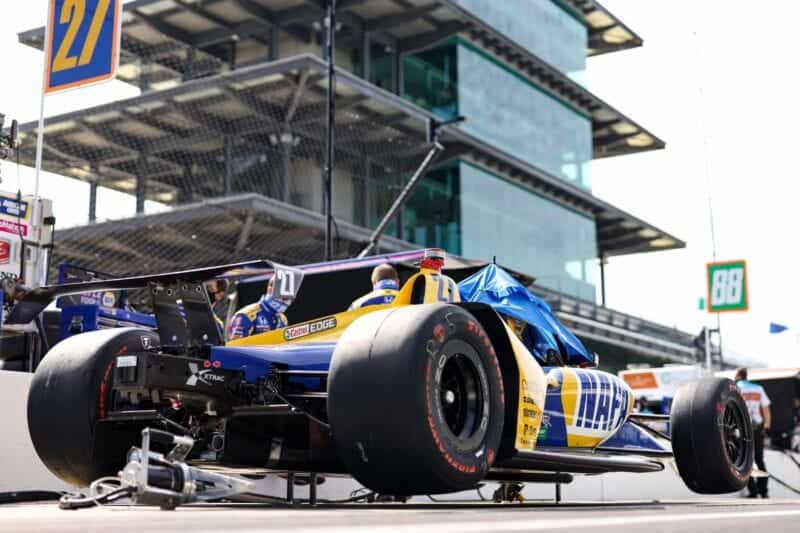 The 2020 Indianapolis 500 will be very different from the usual Indy 500 for a variety of by now well-documented reasons, but NTT IndyCar Series fans will still have high expectations for the most important and prestigious race on the calendar.

Held three months late and without any fans in the Indianapolis Motor Speedway grandstands, Sunday’s (Aug. 23) event certainly won’t feel like the Indy 500. But double points are still on the line, and whoever wins the race will be assured of a spot in IndyCar history, regardless of the circumstances. Open-wheel fans shouldn’t dream of missing what ought to be a tension-filled afternoon.

Look closer at this weekend’s race in our 2020 Indianapolis 500 preview.

How to watch: The race airs on NBC at 1:00 p.m. ET. Fans can also stream live timing and scoring through INDYCAR Race Control.

What happened in 2019: Pole-sitter Simon Pagenaud led 116 laps of the 2019 Indianapolis 500, though he didn’t dominate; he took the lead for the final time just before the white flag after a back-and-forth battle with 2016 winner Alexander Rossi. But Pagenaud still secured his first Indy 500 victory and completed his sweep of the Month of May.

What to watch for in 2020: There will be plenty of talk on the NBC broadcast about the differences around the track for this year’s race, but fans should be equally focused on the improvements on track. This is the first race on the IMS oval with the new aeroscreen, and teams have been working all season to help drivers fend off the heat that the windscreen has created, with varying degrees of success.

How will the time difference affect the running conditions as well? May is notorious for its summer heat, but August seems poised to be equally challenging. The more heat around the track, of course, means higher temperatures and more potential issues for tires. There are plenty of unknowns in the 2020 Indianapolis 500, which could make this a downright crazy race if they all come into play.

Drivers to watch: The defending champion always garners a certain amount of interest, so everyone will be looking to see if Pagenaud can make it back-to-back Indy 500 victories. He does already have one impressive race win so far this season, but there’s no shortage of other stories to follow.

Keep an eye on Scott Dixon, the current points leader who started the 2020 IndyCar season off with three straight wins. He’s the class of IndyCar right now and teaming up with new strategist Michael Cannon has pushed Dixon into even more rarefied air. But the real seal of approval for this partnership would be an Indy 500 win; the five-time champion is still looking for his second Borg-Warner Trophy.

And Arrow McLaren SP is throwing everything they can at this race, remaking the former Schmidt Peterson Motorsports team and bringing back Fernando Alonso in an attempt to prove that they’re better than the poor performance they showed in 2019. Will all their effort and resources pay off in results and prove that McLaren can indeed compete in IndyCar, or will they fall behind again? There’s only one way to find out.