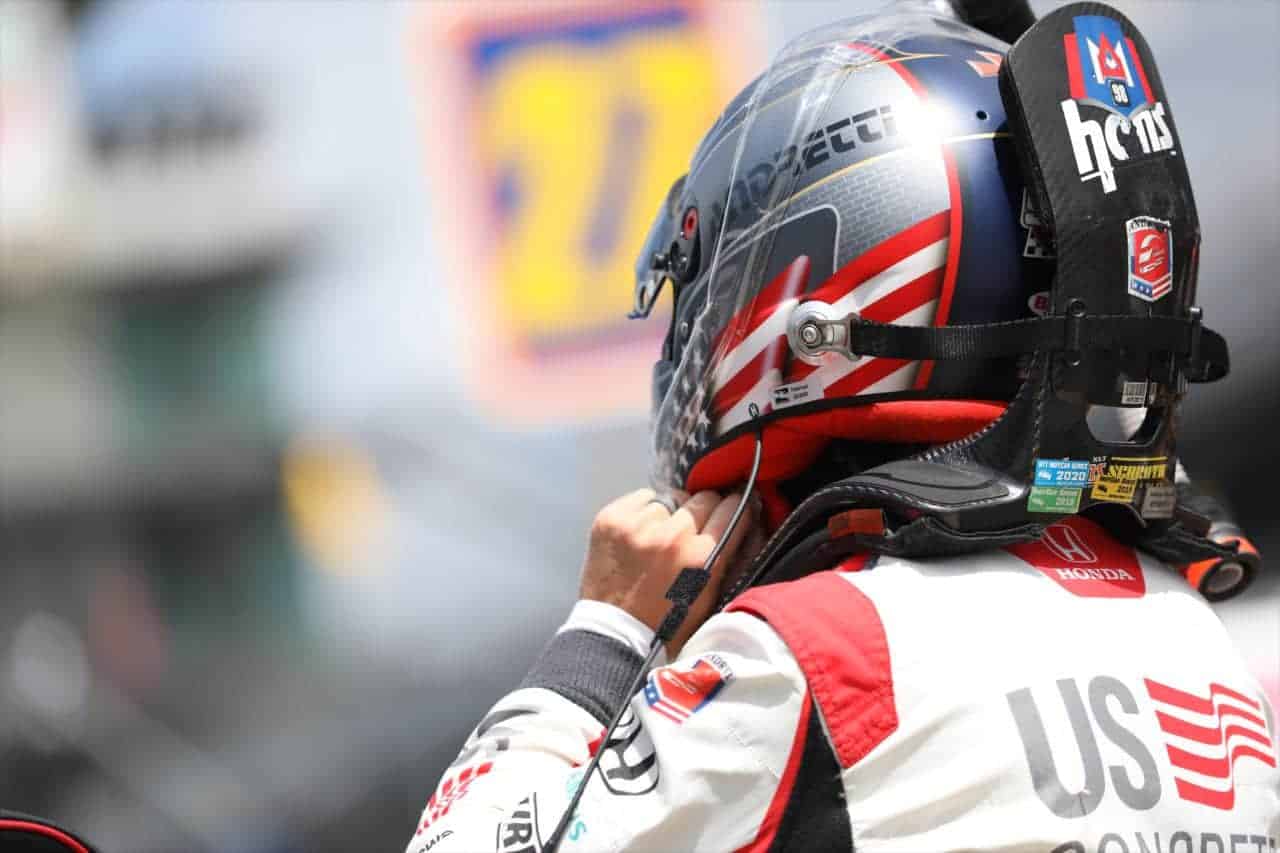 The 2020 Indianapolis 500 could be a game-changer for Marco Andretti—not only because it would secure him a place in NTT IndyCar Series history, but because a strong performance at Indianapolis Motor Speedway could be the catalyst to re-energize his 2020 IndyCar season.

Andretti has finished on the Indy 500 podium four times in 14 attempts, but has been inside the Top 10 only once in the last four years. He’s also looking for greater success overall this season, although he comes into this race having just earned his first top-10 in the second Iowa IndyCar 250. So he spoke to Frontstretch about how he’s approaching his latest Indy 500 and what effect he believes all the changes around the race may have on the on-tracl product.

Brittany Frederick, Frontstretch: Andretti Autosport looked very strong in the initial Indy 500 practice, with you specifically recording the second-fastest time on day one. What were your first impressions of your team going into this race? Anything that particularly stood out to you as key to that success?

BF: Did you notice any significant difference with the aeroscreen now that you’ve driven with it on the Indianapolis Motor Speedway oval and not just the road course?

MA: It’s a little bit calmer ride just because you don’t have 240 mile-an-hour winds coming at you. Your head is a little bit more relaxed and you’re able to sort of see a little bit better. I don’t want to say it seems slow because it doesn’t seem slow, but it seems you can see a bit better.

BF: The 2020 IndyCar season has been an uphill battle for you so far, but you’ve seen good results in the 500 in years past. Does that give you some confidence overall, knowing you’re coming someplace where you can truly make up some ground?

MA: I think if I look at the beginning of the season, there’s been five out of six races out of my control. Where we’re at has nothing to do with our pace or anything like that. This is a championship in itself. It’s almost like a big reset button. We’re lucky for that.

BF: Have you talked about how to make that reset happen after the Indy 500? Zeroed in on any specific issues or how you can fix them going forward?

MA: When stuff is out of my control, there’s not much I can do, right? Just got to keep going. A lot of it’s been circumstantial—DNF’s here, a fire in Iowa, stuff like that. One of my worst tracks is Iowa; we top 10’d it. That was our first normal race of the season and we were in the top 10.

We started at Texas, we should have finished fourth through sixth. We had some stuff go wrong there. It’s not really pace this year. That’s kind of what is keeping me upbeat and positive. This place, I feel good around here regardless.

BF: The 2020 Indianapolis 500 is so different with the delay until August, the condensed schedule, and the lack of fan attendance. Has that had any effect on you as a driver or your team, working under these strange new circumstances?

MA: For guys like myself I almost wish it was a one-day event sometimes because we roll off so strong every year on opening day. We have been quickest more often than not I think, or at least up there. My plan now is to just not derail it and keep just fine-tuning it, slowly improving it, not go backwards.