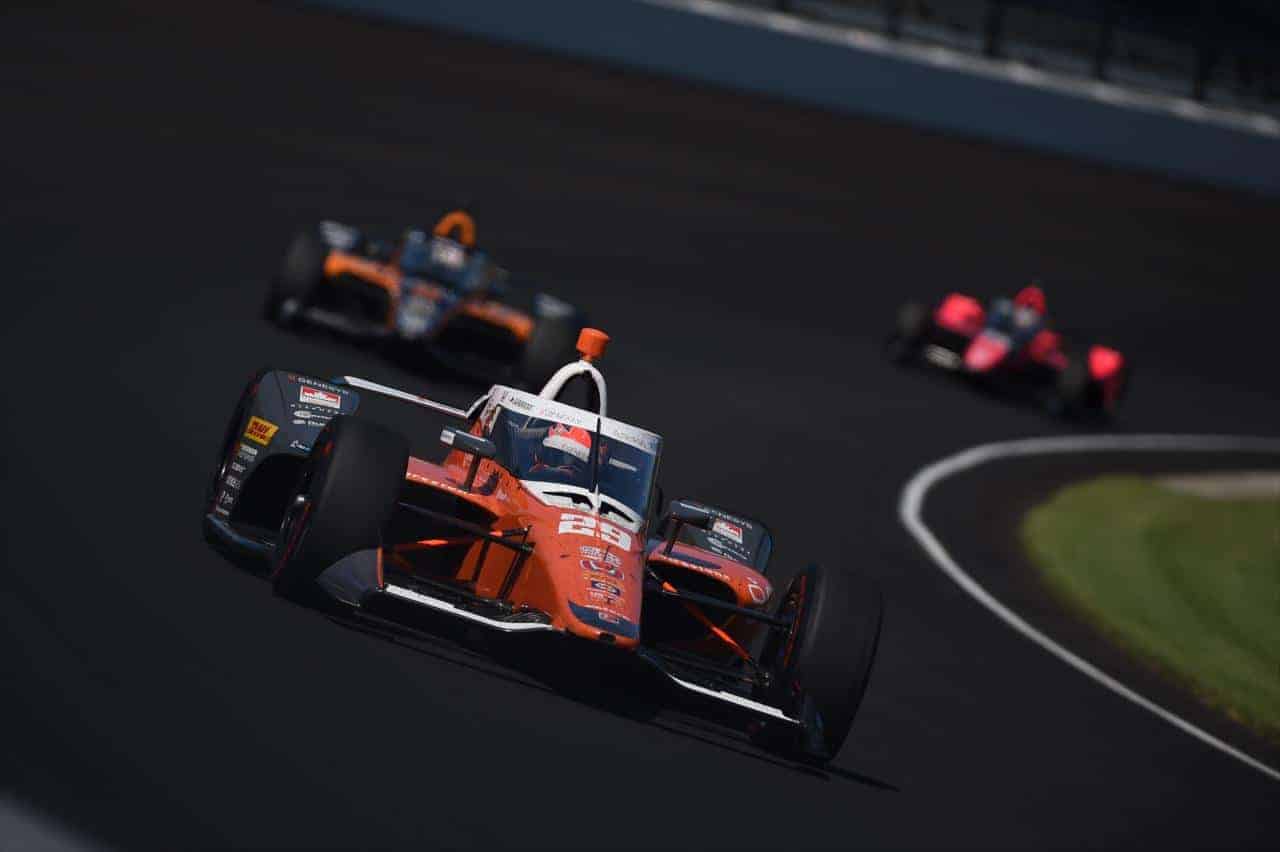 Despite running just three races in so far in 2020, James Hinchcliffe made the most of his final scheduled start with Andretti Autosport, coming home seventh in the 104th running of the Indianapolis 500 on Sunday (Aug. 23).

Hinchcliffe finished 18th and 11th at Texas Motor Speedway and the Indianapolis Motor Speedway road course, respectively, in his first two races of the season. The Canadian driver was not re-signed by Arrow McLaren SP after the 2019 season, jumping on board with Andretti for a trio of 2020 races in the team’s No. 29 Honda.

After topping the practice charts on Day 1 at Indianapolis almost two weeks ago, Hinchcliffe muscled his way into Pole Day as part of the Fast Nine, giving himself a shot at the pole for the race.

Alongside Hinchcliffe, three other Andretti or Andretti-allied cars qualified for Pole Day, making up almost half of the Fast Nine. Hinchcliffe ended up qualifying sixth, ranking third of the four eligible Andretti machines.

Although the “Mayor of Hinchtown” was never in battle for the lead during Sunday’s main event, he maintained a solid pace, bouncing inside and outside of the top 10. He avoided trouble on his own amid the myriad one-car incidents and also evaded other competitors’ issues, bringing his Honda home clean and in seventh.

Despite the Indianapolis 500 being Hinchcliffe’s last scheduled start of 2020, he managed to bring the car home for his first top-10 finish of 2020 and his first since the 2019 season finale at Laguna Seca. The Canada native has not announced plans for 2021 yet.