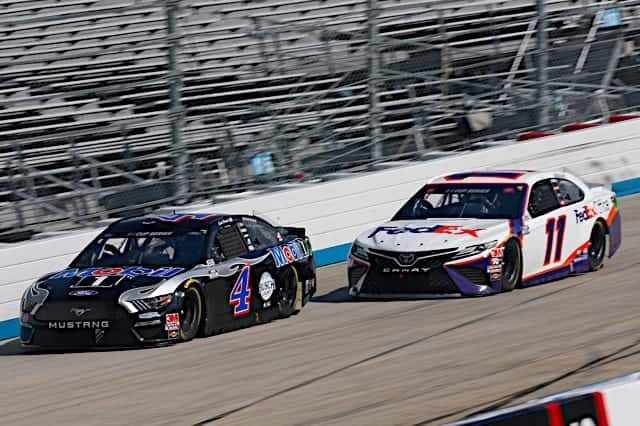 Can anyone explain the logic of holding a doubleheader at the Monster Mile with the second race going head-to-head with the Greatest Spectacle in Auto Racing, the Indianapolis 500? Anyone? Anyone? Buehler? Buehler?

The good news is that NASCAR saw fit to give the NASCAR Cup Series guys more power and less downforce at Dover International Speedway, but the bad news is that concern over damage to the cars led to drivers not wanting to mix it up much at a track that is known for Cup guys mixing it up.

Meanwhile, back at the race results, the guys we knew were the top dogs showed once again how far ahead of the rest of the pack they are, which is impressive in this common template, tight-rules so-everyone-is-equal time in NASCAR history. Let’s take a look at the Power Rankings after the Dover Double.