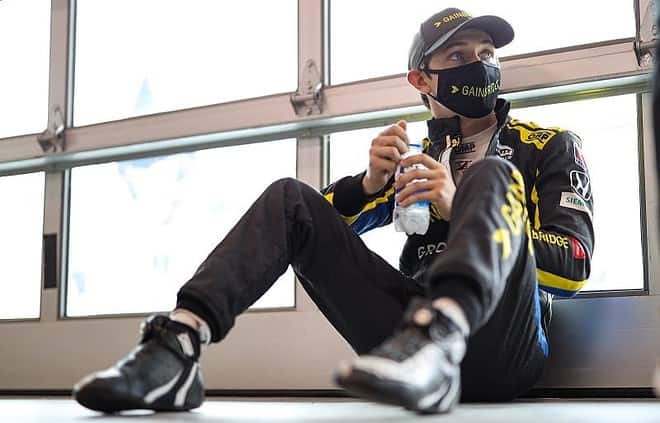 Backmarker Blues: IndyCar Drivers Who Struggled At The 2020 Indy 500

The 2020 Indy 500 was a great race for Honda-powered NTT IndyCar Series entries like those of Takuma Sato and Scott Dixon. It was, however, a rough day for a lot of other drivers, nine of whom were knocked out of Borg-Warner Trophy contention via crashes.

In this edition of Backmarker Blues, we take a look at the IndyCar drivers who had a chronically difficult day at Indianapolis Motor Speedway—and discuss how they can rebound for this weekend’s doubleheader at Gateway.

The 2020 Indy 500 couldn’t have gotten much worse for Alexander Rossi. He looked promising after starting from ninth, then he lost time when he missed pit lane due to a late call from his team, who had to reset their overheating software. Later he made contact with Sato while exiting the pit lane during a yellow flag. His penalty was restarting from the very tail end of the grid. And then Rossi ended his day early, having crashed into the wall.

It wasn’t the race that Rossi wanted. Prior to that point, he had finished seventh or higher in every Indy 500 he’d ever entered, and a great performance at a double points race would have been critical in revitalizing his already difficult 2020 IndyCar season. Now he’s is going to be even further on the back foot heading into Gateway.

But if you’re looking for a silver lining, Rossi’s powerful charge from the back of the grid shows what the Californian can do when he’s angry.

After trying to drive his way back to the front, @alexanderrossi's day is done early after an on-track incident.

The entire Ed Carpenter Racing outfit looked promising at the 2020 Indy 500, but those high hopes never paid off. Ed Carpenter sustained contact with Zach Veach within the first ten laps on Sunday, leaving his crew scrambling to make the necessary repairs.

Then there was Conor Daly, who appeared to have one of the quickest cars on the grid until he spun out on a restart. While he likely could have salvaged the spin—he didn’t initially make contact with anything—the car was put out of commission after Oliver Askew lost control in Daly’s tire smoke and hit the No. 47. Daly’s day was over.

Rinus VeeKay was ultimately ECR’s last hope, and looked like he could have the speed to become a formidable challenger. But the expectations were just a little too high for the Dutch driver in his rookie year. VeeKay stalled in pit lane and never quite recovered, ultimately finishing back in 20th when he was in the running for a top-10 finish.

It has to be frustrating for Ed Carpenter Racing have their Indianapolis 500 dictated primarily by bad luck, but such is the nature of the Speedway. While Daly heads to Carlin for Gateway, Carpenter and VeeKay will have to leave their struggles at IMS in the past quickly if they want a more successful end to the 2020 IndyCar season.

Clipped the curb in T4 on restart. Blown away by the effect it had, felt like the front left fell into a hole. My mistake. Tough day for a lot of guys out there. Thank you @USAFRecruiting @ECRIndy for the effort. Onto St. Louis, my favorite track. #indy500

Fernando Alonso was never really a factor in the 2020 Indy 500. No, he didn’t perform miserably, but he was fairly disappointing. Alonso had a great team—both of his teammates were solid top-10 contenders—and should have been able to make more of his event. Instead, his car developed clutch problems that made Arrow McLaren SP have to start it manually at each pit stop. He finished down in 21st.

Alonso has already confirmed that he won’t be back in 2020. He’s returning to Formula One with Renault team, who are expecting him to prioritize his F1 efforts for at least the next two years. And while Alonso wouldn’t be the oldest driver on the grid in 2023, his chances would certainly be growing slimmer to secure the Triple Crown as an Indy 500 one-off. 2020 was Alonso’s best shot. It’s certainly a disappointing end to his IndyCar efforts.

My first Indy500 completed! A great experience! ✊️
When we were already at half point of the comeback (P15 mid-race) we had a clutch failure..so every pit stop from there we had a manual start with mechanics pushing old school! Happy anyway! Thanks Indy ❤️ pic.twitter.com/8wmAq2KhEi

With Dixon finishing second, he might seem to be a strange addition to this list. But no matter how many times Dixon has come close to the win, he’s only been able to make it happen once. The New Zealander led the most laps at the 2020 Indy 500 and looked dominant right from the start, but he just wasn’t able to make it happen. This will be Dixon’s third year finishing second when he very well could have taken the victory, if only for a slightly different strategy.

Dixon has proved incredibly dominant in 2020, and it’s not likely that he’ll let this disappointment get the best of him. But it has to sting that he’s come second yet again, especially when it was also again under the yellow flag.

No victory, but @scottdixon9 was able to extend his points lead in the @IndyCar season. #Indy500 | #BankOnThe9 | #CGR30 pic.twitter.com/c6434gnzml

Elizabeth Blackstock is lead IndyCar writer for Frontstretch, a freelance journalist, and a novelist. She earned her bachelor's degree at the University of Texas at Austin and is currently pursuing a dual MFA/MA degree at Arcadia University. She is in love with her car, a 2013 Mazda 2.
@@eliz_blackstock
Previous Bobby Zalenski Makes it Back-to-Back NASCAR iRacing Wins in Daytona Beach
Next Kevin Harvick on Pole for Cup’s Return to Daytona