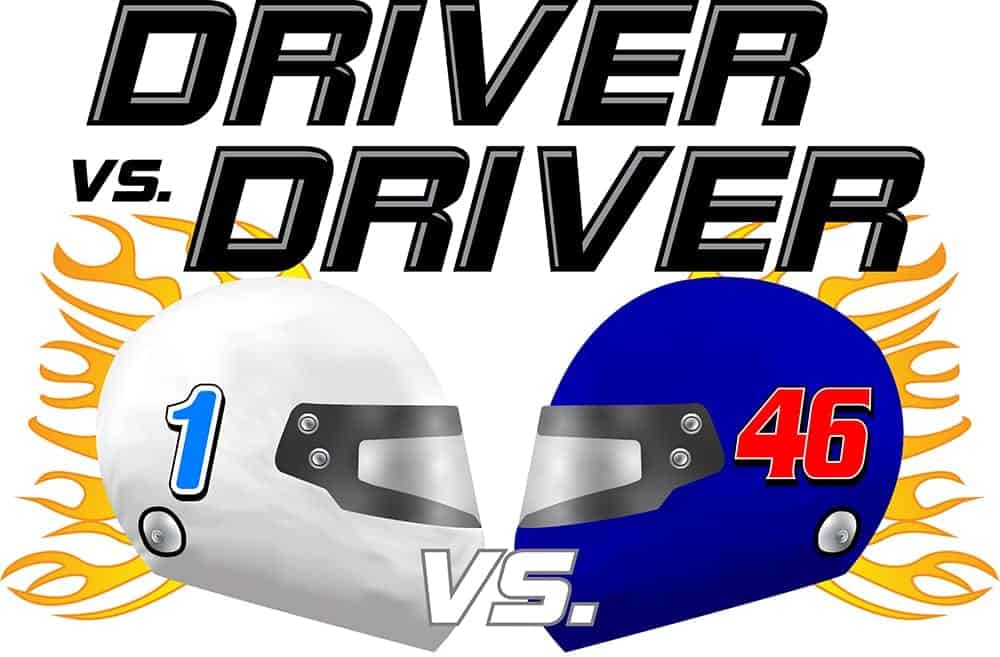 Sometimes a driver makes it all the way to NASCAR’s Cup Series only to discover that their best success came elsewhere. Or they struggle in Cup but move to another series and flourish.

This month, we focus on the Gander RV & Outdoors Truck Series and drivers who have found their best success wheeling the pickups. The rules are simple: drivers must have competed against one another over time and they must have something in common. Here, there really are no winners; that’s up to the ages to decide. But there sure are some great conversations about the best of the best.

This week, in our final Truck faceoff, we look at two series mainstays of the early 2000s. Ted Musgrave had more Cup starts than Trucks, but his best success came in the latter, including the 2005 series title. Dennis Setzer was the definition of a truck lifer, dipping a toe into Cup and Xfinity but making his name in the Trucks, falling short of a title but finishing in the runner-up spot three seasons in a row.

But all things considered, who was better?

Ted Musgrave is considered by some to be one of the best Cup drivers without a win on his resume. He also failed to win in the Xfinity Series, but the Illinois-born, Wisconsin-grown racer started just 22 races there.

It’s in the Truck Series that Musgrave showed his true potential.

Musgrave spent 10 seasons in the Cup Series driving all or the majority of the races each season from 1992-2000, racking up 20 top-five finishes but always falling short of the winner’s circle. He had also scored a top-five finish in his first-ever Truck start and raced in two 1996 events, but hadn’t returned to the series since.

Already 45 years old, Musgrave jumped ship to a full-time Truck ride in Ultra Motorsports’ No. 1 Dodge Ram and immediately made his presence known – he won seven races, including back-to-back wins in the second and third races of the season. Despite nearly doubling Jack Sprague’s win total for the year and winning the finale at Auto Club Speedway, he finished 73 points behind Sprague for the championship.

Musgrave won three races the next year and the same in 2003, entering the finale at Homestead-Miami Speedway as one of four drivers – alongside Dennis Setzer, Brendan Gaughan and Travis Kvapil – with a theoretical chance of winning the title.

A controversial restart pass by Musgrave ended with NASCAR black-flagging him and relegating his finishing position, awarding the championship to Kvapil after a number of other controversial incidents during the race.

After a two-win season in 2004, Musgrave had his crowning moment saved for the 2005 season. Despite his results not mirroring his previous, better seasons (just one win, 11 top fives and 15 top 10s), he never fell outside of the top five in the standings and held the points lead for the final five races, beating Setzer for the title by more than 50 points.

His only win came at World Wide Technology Raceway at Gateway in April, and his results were mostly hit-or-miss when considering top-10 runs, outside of a six-race streak of top-six finishes, but Musgrave completed all but 31 laps that season and averaged a finish of 9.4. Setzer won four races and Todd Bodine won five, but the season appeared to be a wildly inconsistent one for many drivers. Musgrave managed to secure his championship at Homestead at the ripe age of 49, less than a month away from his 50th birthday.

Setzer has the edge on Musgrave in a couple of categories but also made almost 125 more starts than Musgrave did in the series. Adjusted for percentages, Musgrave would blow Setzer out of the water with the same number of starts (mathematically, Musgrave would roughly have 28 wins, 131 top fives and 195 top 10s).

By the time his full-time racing days were over, Musgrave never finished lower than seventh in the standings in his seven full-time seasons, and five of those – the first five – had him in the top three when the season ended. – Adam Cheek

With the exception of Rick Crawford, nobody optimized the Truck Series better in its first 15 years than Setzer did in his career.

Here’s a guy who drove here and there in the Xfinity Series, a few cups of coffee in the Cup Series, but had over 300 Truck starts. Sure, he never could win that championship. But at the end of the day, that didn’t matter.

Stats-wise, absolutely no doubts about it. Musgrave blows Setzer out of the water. But Setzer never drove for a team that was big enough for Cup in any meaningful way. What he did in the Truck Series, he did it in a grassroots fashion, racing for such great small team owners as Bob Keselowski and David Dollar, winning races and competing for championships with both.

Meanwhile, Musgrave drove for Ultra Motorsports, a Cup team, and Germain Racing, which wasn’t far away from becoming a Cup team at the time. Musgrave largely bombed at the Cup level, not winning a race in over 300 tries, and his only good season was when Roush Fenway Racing was at its mid-’90s peak. Then Jeff Burton joined Roush and completely outclassed him.

The Truck Series has had a weird identity for the past decade. It is a bunch of small teams with drivers that have been around forever, a few big teams with fresh faced rookies and veterans Matt Crafton and Johnny Sauter. These drivers race primarily at high-throttle race tracks like Charlotte Motor Speedway, with short tracks being a weird anomaly on the schedule and with half of the field being lapped by the end of stage one.

But before that, it was something else. It was tough trucks and tougher racing. There were young up-and-comers, sure. But there were more than a handful of veterans who could compete for wins and championships. It was more grassroots, with trucks beating and banging at small short tracks like Memphis International Raceway.

And nobody ever stood as a defining image of those times quite like Setzer. Could he have moved back up? Sure. But he never needed to, because it was fun to race in the series. And at the end of the day, championships and trophies only mean so much if you’re not having fun. ~Michael Finley