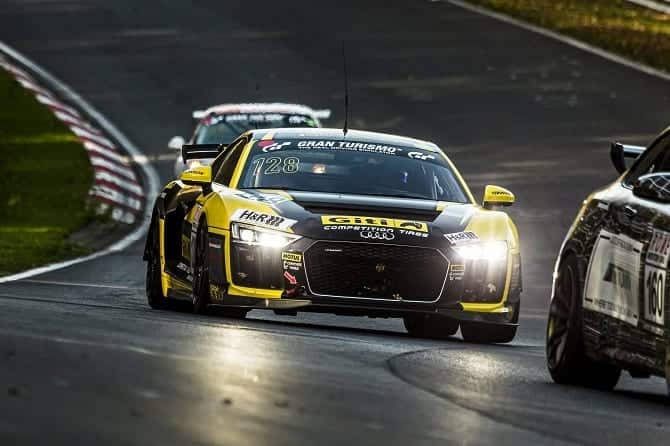 Editor’s Note: This article on Giti’s Angels is posted in collaboration with an outside sponsorship client. The opinions and information contained within do not necessarily represent Frontstretch and its staff.

You might be excited to hear that the Giti’s Angels are going to be participating in the upcoming 2020 Nurburgring race. This all-female motorsports racing team has officially announced their return to the 24-hour long competition.

There are many reasons why this organization has made an impact on the industry for the better. Keep reading to learn more about this amazing team and how they are changing the world of motorsports.

If you are unfamiliar with this Giti Tire’s team, they are an all-female group. The drivers, coach and crew are all women. It makes the group unique among motorsports teams and is set to inspire many more women to pursue this type of career.

Giti’s Angels had a huge impact on the scene in 2019 when they participated in the famous 24 Hours Nurburgring Race. They achieved a first place group win in the VLN Endurance race, highlighting their season and making fans want to see more.

However, the COVID-19 pandemic halted much of the 2020 racing season. Despite this obstacle, the team has still been making an impact through digital racing and is aiming high for the rest of the season.

Significance of This Team

There are many reasons why having an all-girls’ team is important, especially in a sport with mostly men participating. When Giti submitted their four cars and all-female team in 2019, they were the first-ever group to do so.

Their existence became a major step for women in the motorsports industry. Before Giti’s Angels, there had never been a woman driver admitted to the Nurburgring race. On top of that, the entire crew consisted of 20 women.

There are mechanics, technicians and track crew working with these female drivers to make large strides in this male-dominated field. It’s a joy to see them work together to win races and inspire other women to pursue their dreams of motorsport.

Giti’s Angels are broadening the demographic and making motorsports more inclusive. Fans cannot wait to see more from them this season on the track.

Their Involvement in Digital Racing

With COVID-19 making it impossible to hold races safely, many motorsports teams are switching to digital racing. Giti’s Angels took on this new challenge and announced they were going to be competing in the first race in the 2020 season, which is part of the Digital Nurburgring Endurance Series.

In the first race that took place virtually, the drivers raced around Nurburgring’s Green Hell. In this event, both real motorsports racers and simulation racers took part. The event had well over 80,000 viewers watching and encouraging the drivers through the internet.

Giti’s Angels participated and saw the simulated race as a way to ready themselves for upcoming real-life competition. Since we have returned to the track, the team has been showing impressive results and are excited to continue in the Nurburgring.

This event has been pushed back into September due to the COVID-19 pandemic. However, that extra time has allowed the Giti’s Angels to practice and further hone their skills in the sim-racing arena. The Nurburgring is not going to be open to fans, although you will be able to cheer for the Angels online.

The event is also going to be live-streamed, leading to plenty of new ways to interact with the drivers and organizers. If you did happen to purchase a 2020 ticket earlier, you can save it for the 2021 race next year: there is no reason to sell your ticket!

Importance of this Race

The 24 Hours Nurburgring is an annual event that has been held since 1970. It is an endurance-styled race that tests the skills of the drivers, over 700 of whom can participate.

This track is also referred to as Green Hell due to its level of difficulty. The weather conditions can be unpredictable and the turns can be hard to handle. If you want to participate, you need to be sure that you are the best of the best.

The Nurburgring is a challenge for any racer and held in high regard by many fans, meaning that there is a lot at stake for Giti’s Angels. This race is popular and you can expect the participants to gain some fame by participating.

Giti’s Angels were the first all-female team to participate last year. They won first in class in the finals and fans are hoping for another spectacular performance this year!

The three drivers split their time up on the Nurburgring so that they each had equal time. The track is difficult, so this tactic gave the group time to rest for their next round, leading them to always be performing at their best.

While their car took some damage during the race, Giti’s Angels continued and handled the repairs instead of giving up. The crew worked over 13 hours on repairing the car and were able to get it running again.

Their efforts were not in vain, as Giti’s Angels were able to score a second-place victory. They even were able to hit one of the fastest runs in their class. All of this success goes to show that perseverance is key, and the Giti Angels never give up.

Last year, Giti’s Angels achieved second place at the Nurburgring, which is no small feat. They continued pushing even after having car problems and managed to make a strong comeback where many others would have folded.

Giti’s Angels are currently participating in esports competition and preparing for the 2020 24-Hour Nurburgring race. This all-women team is filled with talented individuals striving to make motorsports more inclusive. Their goal is to prove that women can successfully compete alongside men and they have done just that.

Giti’s Angels are set to participate in this year’s race. We cannot wait to see how they do and how they further impact the world of motorsports.