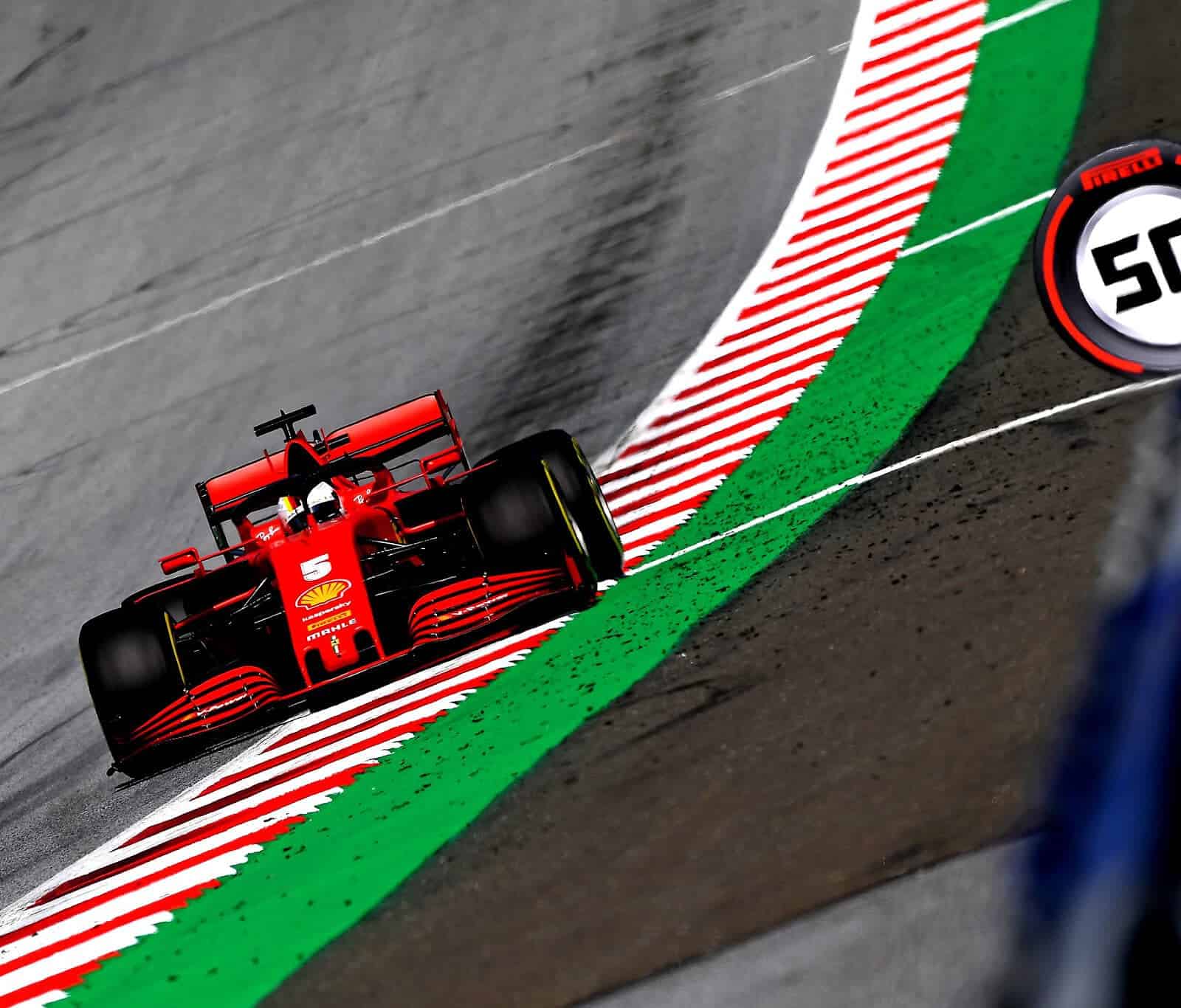 When most casual fans think about Formula 1, there are usually two things they think of: Lewis Hamilton and Ferrari.

Ferrari has been an iconic brand in F1 ever since they turned their first lap 1,000 races ago in the 1950 Monaco Grand Prix. Winning 15 driver’s championships and 16 constructor’s championships, 237 race wins with 767 podiums, there is no doubt that Ferrari was a powerhouse team.

Was being the key word.

At the end of 2019, Ferrari looked on pace to challenge Mercedes at the front of the grid. Scoring three wins a row and a second-place constructor’s finish for the fourth time in five years, it seemed there was no where to go but up.

Despite Charles Leclerc lucking his way into a runner-up finish in Austria and a third in Britain, Sebastian Vettel seemed to fall off a cliff. It’s hard to believe that seven races into the season, the four-time world champion has a best finish of just sixth.

Vettel’s last year with the Prancing Horses doesn’t seem to be a good one. Alongside the double DNF in Styria, Vettel’s pace just hasn’t been there and nobody can figure out why.

Teammate Leclerc has been better with three points finishes, but the two DNFs and two non-points finishes have dampened the parade. Ferrari’s lack of pace is baffling as the last time they where this low in the standings was back in 2014, a season where at least both drivers regularly competed for points each week.

One of Ferrari’s team engineers claimed that the pace won’t be back until “at least 2022 or 2023”. A crushing blow to the tifosi.

What could be happening?

With Mercedes so far ahead of everyone else, every other team has spent double the time trying to advance their cars. It’s possible Ferrari got left behind on the memo, potentially relying on the car’s pace just being “good enough.” I’m not sure if the Ferrari engineers just didn’t factor in the other teams progress or maybe just didn’t care. Nonetheless, that decision is leaving them behind.

McLaren fell the same way after switching to Honda. The once great team fell fast and hard on their faces. McClaren is rebounding to a better shell of its former glory just this season, but Ferrari is a works team, meaning the team builds all its equipment in-house. There should be no excuse for the car to be slow when they are building it themselves.

Another reason could be Sebastian Vettel himself. The German doesn’t seem himself lately, and that could be hampering the performance. Leclerc moved up to first driver at Ferrari in anticipation of Carlos Sainz‘s arrival. However, the lack of feedback from their veteran driver could be another reason why the team is struggling. Vettel was said to be a key ingredient of Red Bull Racing’s success in the early 2010s, and the feedback he provided helped them build a car undefeated for four straight seasons.

His roll of second driver possibly gutted Vettel, and he could be trying to just cruise through 2020 like NASCAR driver Clint Bowyer cruised through 2016 in a lame-duck season.

Nonetheless, 2021 could be the change Ferrari needs. A new driver brings new feedback, and all the current toss-ups among the other teams could shake up the grid and lead to increasing performance. It will still be a mystery, but next is the Italian Grand Prix – a very important one for Ferrari, being their home Grand Prix and entering as the defending champions.

Looking for that 21st Italian GP win will be hard, but building for the future could seem even harder. The Ferrari faithful will be at the edge of their seat to see just how well their team can improve. If they don’t improve, well, I hear there is a team called Mercedes that is doing fairly well so far this year.