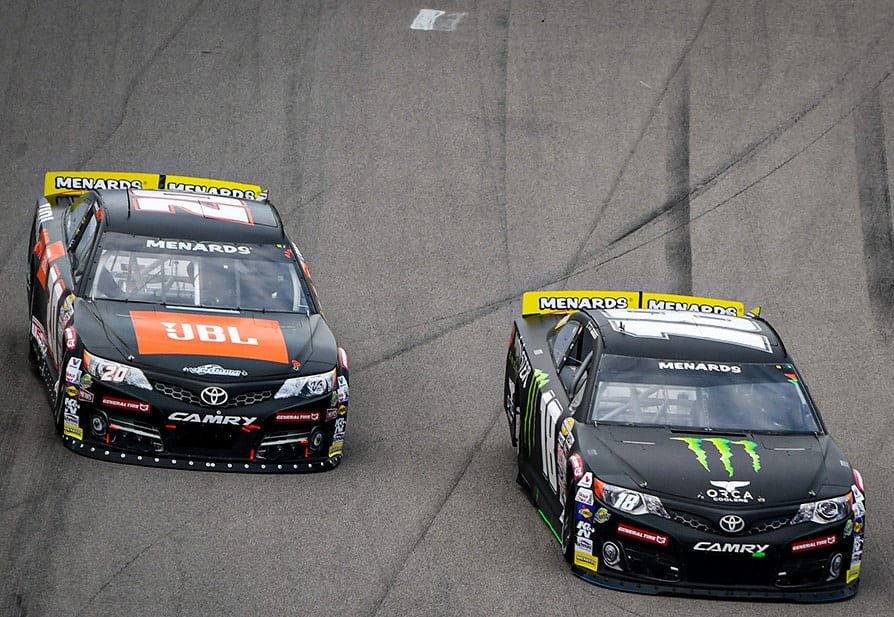 The ARCA Menards Series traveled to St. Louis for the Dutch Boy 150 at World Wide Technology Raceway at Gateway. After Michael Self took the Sioux Chief Showdown points lead at Daytona, it didn’t take too long for him to lose it. Self made contact with the outside wall at lap 103. Despite making significant contact, Self was able to rebound and earn a 15th-place finish. Self led the first 11 laps of the race before being passed by eventual race winner Ty Gibbs.

The accident dropped Self from first to fourth in the Sioux Chief Showdown points standings.

East Series Standouts: Gibbs was able to rebound from having a flat tire at Dover in the most recent ARCA Menards East Series race. Gibbs led almost the entire race, except the initial 11 laps. Mayer had a solid showing Saturday Night that translated into momentum seen in the NASCAR Gander RV & Outdoors Truck Series race on Sunday, where Mayer led 24 laps en-route to a career-best fourth-place finish.

With the guidance of NGROTS driver Austin Hill on the spotter stand, Max McLaughlin earned his career-best finish of fourth. Chase Cabre also looked rather strong in practice, but had to start in the 20th position due to the starting lineup being set by owner points. He finished the race in 10th rounding out the East Series Standouts.

The ARCA East Series returns on September 12th for the second time at Toledo Speedway. Gibbs earned the victory when the series raced at Toledo on June 13th.

Taylor Gray earned yet another top-10 finish Saturday night, making him five for six on finishing inside the top 10. It was also Gray’s fifth race finishing on the lead lap. Consistency is always key in the Sioux Chief Showdown, and his consistency has him sitting seventh, 49-points behind the points leader Smith.

The next slated event on the ARCA Menards West Series is on October 10th from the All-American Speedway. The August 29th event that was slated for Meridian Speedway has remained postponed.

What’s Next?: The Sioux Chief Showdown heads to Lebanon I-44 Speedway in Missouri for the Zinsser SmartCoat 200. The race will be number eight on the Sioux Chief Showdown schedule and will be broadcasted live on MAVTV and the NBC Sports Gold: Track Pass. The race will go live on MAVTV at 9 p.m. ET with the command quickly following. The last time any NASCAR series raced at I-44 Speedway was in 2013. Self picked up the victory and is the only current active ARCA driver who has run on the track. Dylan Lupton and Cameron Hayley were also in that K&N Pro Series East event. With the lack of experience, it will for sure be one to watch.