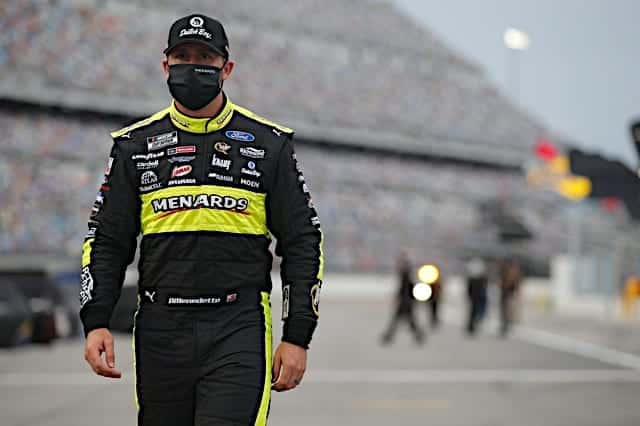 1. Let’s Get Down to Business

Now that the most unusual NASCAR regular season has been mercifully consigned to the history books, it’s time to get down to the serious business of crowning a 2020 champion. This will be the seventh time, under the final four format, that the title will be awarded as a result of the final race, and up until Kyle Busch snagged a second title last year, we’ve not had a repeat winner. Just for the record, it was Kevin Harvick in 2014, Busch in 2015 and 2019, Jimmie Johnson in 2016, Martin Truex Jr. in 2017 and Joey Logano in 2018.

You can make the case that perhaps Kyle Busch didn’t “deserve” a title last year, and you could absolutely make the argument that Logano didn’t “deserve” his championship in 2018, but I don’t give those arguments much weight. Everyone — without any possible doubt or misconception — knows exactly what it takes to sit atop the standings when the final checkered flag flies. It’s up to each of the final four protagonists to go out and get it done. Same will be true this year, no question.

In my first column of the season, I tipped Denny Hamlin to finally win that elusive title, and I see no reason to change that now. As for the other final four participants, my money is on Harvick, Brad Keselowski and Truex. Let’s see how I do in 10 weeks’ time.

2. The Lady in Black

If there is one small sliver of a silver lining amidst this pandemic madness we’re all living through, it would be that, for the first time ever, we get three visits in a season to an iconic and legendary venue: Darlington Raceway, something that has never happened before. This will be Cup race number 119 at the Track Too Tough to Tame, a streak that extends back through the dim and distant past all the way to race number 11 in the 1950 season, the 21st ever Cup race in just NASCAR’s second-ever full season of racing.

As I’ve written many times in the last decade and a half, few tracks quicken the blood quite like the incomparable Lady in Black, and I don’t expect that to be any different this Sunday evening. In keeping with something of a theme in 2020, Harvick and Hamlin picked up the checkered flags at the two Darlington races run in 2020. Remember, too, that Darlington was the first race back following the enforced break for COVID-19. It didn’t let us down then, even while the eyes of the world were on NASCAR as the sport took fledgling steps to bring things somewhat back to normalcy, and it won’t on Sunday. I can’t think of a better place to open the playoffs. Bring on that green flag.

3. A Lack of Open Wheel Parity (Part One)

As NASCAR prepares to begin an intense 10-week tilt toward the title, on the open wheel side of the house, two savvy champion veterans are running away with their respective titles. In Formula 1, the metronomic Lewis Hamilton won a fifth race out of seven, leading from flag-to-flag for the second straight race in a row. Sure, at times it appears that Hamilton is in a car while the rest of the field (including his teammate at times) are in soap box derby kits, but of course that belittles how phenomenally good he truly is.

It’s just a question of time before he holds all the major records in F1. Yes, his car is and has been historically good in the hybrid-turbo era, but you’ve still got to win the races, something Hamilton does with consummate ease. Since 2014, Hamilton has won a whopping 67 out of a possible 128 races (a 52% clip for those wondering) and only 25 times has he finished outside the top three. Ridiculous, absolutely ridiculous. We might not see his ilk for quite some time — if ever again.

On the IndyCar side of the fence, five-time champion Scott Dixon is putting in a dominating effort, leading the championship by a massive 96 points (a smidge under two full races). The veteran has won four races out of nine, and were it not for an ill-timed yellow, may very well have won the Indy 500 (he still finished second).

This past weekend, Dixon won his 50th race in the first event of the doubleheader at World Wide Technology Raceway, holding off Takuma Sato in a reverse of the result at Indianapolis Motor Speedway, and followed it up with a fifth-place run on Sunday.

Now at 40 years old, it seems a tad unlikely Dixon has another half century of victories in him, but it’s a cast-iron certainty he won’t be resting on his laurels, and as things stand, his sixth title is just a question of when.

When you consume as much NASCAR as I do, it’s natural you gravitate toward certain drivers and gravitate away from others. One driver I have always quietly rooted for is Matt DiBenedetto, so I was delighted to see him white knuckle his way to an inaugural playoff berth.

WE MADE THE PLAYOFFS ???

After seeing a sizable triple-digit points lead dissipate in the past few weeks, you sensed that Matty D.’s strong run for the postseason would wither and die on the Daytona vine. But despite a myriad of ups and downs, DiBenedetto wheeled the Wood Brothers Ford to a 12th-place finish, good enough to see him snag that all-important final playoff berth.

Now it’s fair to say DiBenedetto might not make it that far in the playoffs, but perhaps with Bristol Motor Speedway as the cutoff race in stage one (or whatever we call these segments this season), he can finally get that long cherished W.

WHILE SNOOZING THROUGH MOST OF THE NASCAR AND F1 SEASON, THE REAL LACK OF OPEN-WHEEL PARITY IS KYLE LARSON, WHO HAS ENTERTAINED BOTH ON THE TRACK WITH FANS IN THE STANDS AND ON STREAMING PLATFORMS. WITH 34 VICTORIES THIS SEASON OVER 4 DIFFERENT SERIES, HE IS THE MOST EXCITING DRIVER IN MOTORSPORTS !!

It’s time for Tony Stewart and A.J. Foyt to team up and put Kyle Larson in an Indy ride!

Needs to be in NASCAR