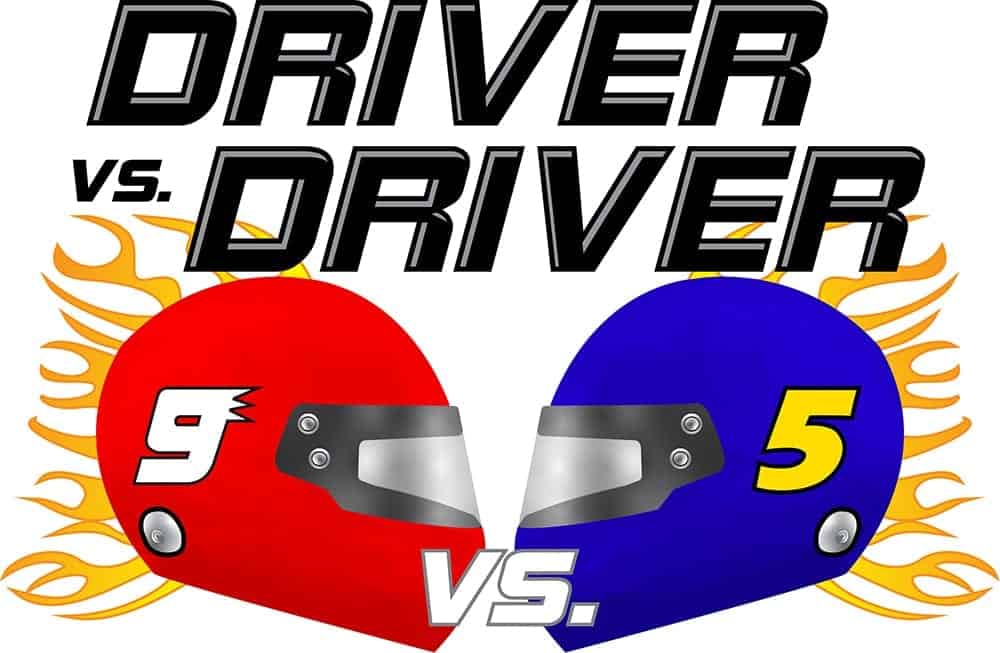 Some drivers spend years in NASCAR’s top series, as journeymen or top contenders, while others come and go, but they all have to start somewhere. In recent years, the expectations of NASCAR’s rookies have only gotten higher as the bar is raised by newcomers with something to prove.

In September, we take a look at some of the best rookie seasons from the 21st century. The rules are simple: drivers must have competed against one another over time, and they must have something in common. Here, there really are no winners; that’s up to the ages to decide. But there sure are some great conversations about the best of the best.

This week, we look at the first NASCAR Cup Series seasons of a pair of young guns from very different backgrounds. Kyle Busch cut his teeth in legend cars and late-model stock cars.  Kasey Kahne was an open-wheel standout driving sprint cars. Kahne won the Cup Rookie of the Year award in 2004. Busch followed suit, taking rookie honors for 2005.

But whose rookie year was more memorable?

“Side by side to the line… Kenseth!”

The scene: the 2004 Subway 400 at Rockingham Speedway, the final Cup event held at the there. Kasey Kahne, competing in just his second career start, made a last-second effort to steal the win away from Matt Kenseth as they both headed toward the the finish line.

Kenseth prevailed over Kahne by just a hundredth of a second. But imagine if it was Kahne who reached the line first — the NASCAR world would have been lit aflame.

Nonetheless, it was a strong igniting point for Kahne to eventually clinch the Rookie of the Year award that season.

Leading up to that fabulous finish at Rockingham, Kahne had an interesting run in the Xfinity Series between 2002 and 2003. He patiently got better as the 2003 season progressed, finally breaking through for his first Xfinity win in the season finale at Homestead-Miami Speedway. The win was enough for him to get the call to drive Ray Evernham’s No. 9 Dodge for his first full-time Cup season, replacing Hall of Famer Bill Elliott in that ride.

The numbers that Kahne put up during the season were very respectable indeed — 13 top fives, 14 top 10s, an average finish of 16.7 and four poles. His 13 top fives are the second-highest total earned by any Rookie of the Year winner in the modern era. The only driver ahead of Kahne in this category? Ryan Newman, who scored 14 of them in 2002.

His five runner-up finishes are the most out of any rookie driver in the modern era. If they were wins, he would quite possibly have been the best Cup rookie driver of all time.

As if his loss at Rockingham wasn’t painful enough, Kahne finished second to Kenseth again the following race at Las Vegas Motor Spedway, where he won his first pole. At Texas Motor Speedway, he barely lost out to Elliott Sadler in another photo finish. At Michigan International Speedway, he was in hot pursuit of Newman when an untimely yellow flag flew on the final lap, giving Newman the win and freezing Kahne in the runner-up position. And he finished second to Sadler again at Auto Club Speedway, albeit by a much bigger margin of defeat than at Texas.

As for the races that he did not finish second, yet victory was within reach. he was leading comfortably over Mark Martin with 17 laps to go at Dover International Speedway before slipping in oil and crashing into the turn 3 wall. At Chicagoland Speedway, he was spun from the lead by Tony Stewart on a restart, resulting in a multi-car crash and both of their pit crews getting into a scuffle behind Stewart’s team’s pit box. He led 207 laps at Charlotte Motor Speedway in the fall before crashing from the lead in turn 2 due to a blown right-front tire.

But whether or not Kahne was able to get to victory lane or reach the top 10 in points, what he was able to do in 2004 was nothing short of incredible. The season served as a springboard for his first win in 2005 and an electric 2006 season, as well as a magnificent career with many worthy achievements.

Kahne may be done with NASCAR racing, he can still be proud that his rookie performance in 2004 is one of the best in the modern era. – Jesse Johnston

Kyle Busch exploded onto the Cup scene in 2005, just one year after Kasey Kahne made his full-time debut.

Busch had run six races the year prior but went full time after recording a runner-up Xfinity points finish in 2004, qualifying on the pole for his second full-time start at Auto Club Speedway.

While that rookie season continued to be more or less all over the place in terms of finishing position, Busch really set the stage for what was to come in his career. He won two races, kicking off a streak that continues to this day – winning a race in every full-time season of his career. 2020’s been an anomaly in that regard, but Busch still has 10 races left to visit victory lane and keep it alive.

Busch won two races in his rookie season, leading 95 laps en route to his maiden victory in the Cup Series at Auto Club. 13 top-10 and nine top-five finishes also highlighted his season in addition to the pole, as well as completing 90.4% of all laps in 2005 – almost 3% more than Kahne did in 2004.

Both drivers also had a number of races where they failed to finish in their rookie seasons – Kahne seven and Busch eight, respectively, with five apiece the result of crashes. Despite that luck befalling both drivers, Busch managed to turn it around into the pair of victories and an overall solid season but ended up 20th in the standings when 2005 was over. Kahne edges Busch in that regard.

However, the momentum Busch gained from his rookie season proved to outdo Kahne’s follow-up campaign.

Kahne’s stats dipped sharply in his sophomore season, his top-five and top-10 runs dipping into single digits despite scoring his first win. He finished a dismal 23rd in the championship standings, recording a 21.9 average finish, nine DNFs and only finishing on the lead lap half the time.

Busch, meanwhile, scored just one win but ended the year with 10 top fives and 13 top 10s, making the playoffs and finishing 10th in the standings. He failed to finish just twice and had 27 lead-lap finishes, nine more than Kahne and nine shy of the full schedule. – Adam Cheek