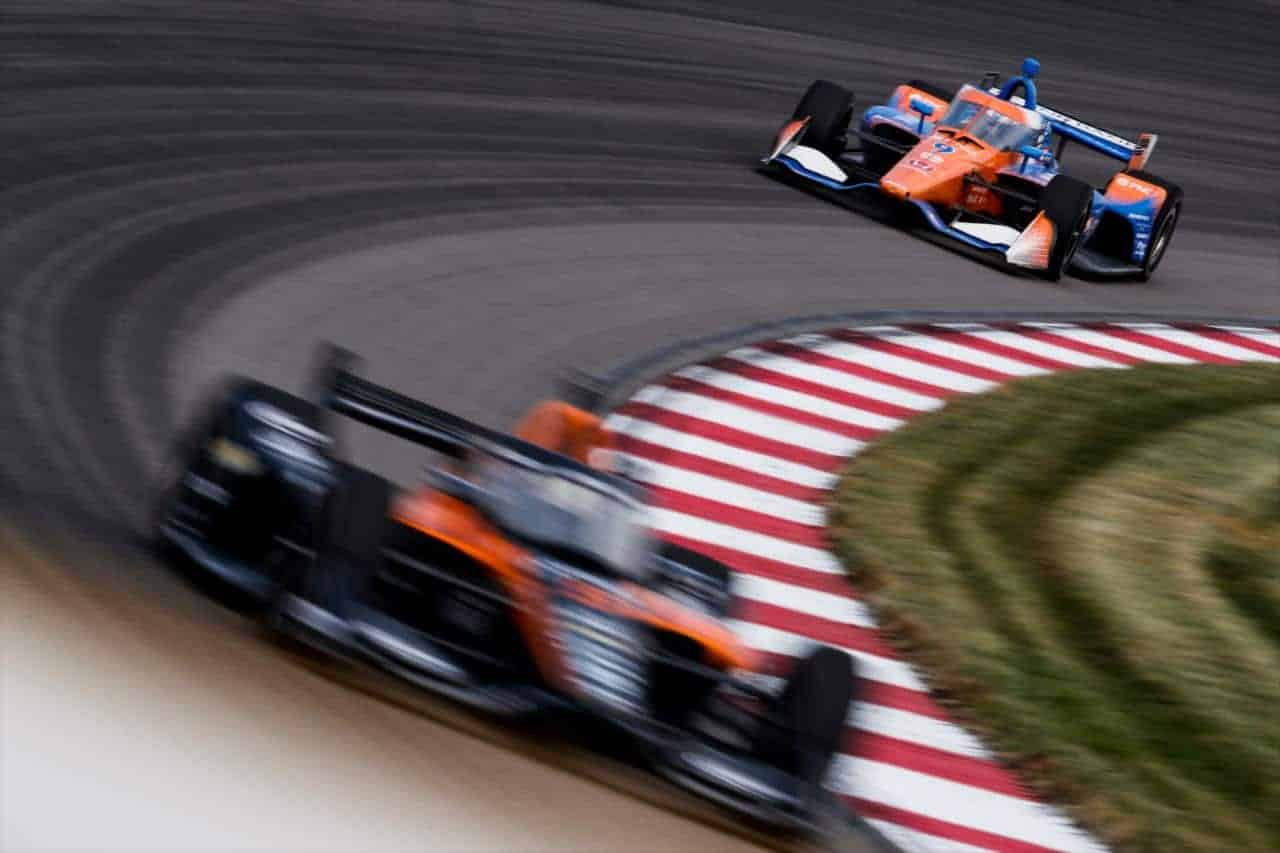 The 2020 IndyCar championship is in its closing stretch now that there are just a handful of races left on the calendar. Scott Dixon has led the Astor Cup charge from the very first race, but Josef Newgarden is within less than 100 points of the five-time champion.

Here are the top 2020 IndyCar championship contenders following the Gateway doubleheader (Aug. 29-30) as we head into the final segment of the season. With the postponed Honda Indy 200 at Mid-Ohio having been reset for this coming weekend (Sept. 12-13), that adds two more points-paying races back onto the schedule to potentially further shake up the rankings.

No. 9 Chip Ganassi Racing driver Scott Dixon looks set to take the IndyCar championship with his 416 points, which has him sitting 96 ahead of his nearest competition. The New Zealander himself has been consistent, and it’s obvious that CGR has a great package for the 2020 season. Dixon’s experience, though, is what truly puts him a cut above the rest.

Dixon has already won at the Indianapolis Motor Speedway road course this year, which means we’ll likely see him sweeping up podiums at the track’s upcoming doubleheader. Dixon has a strong chance to be taking home a great finish at Mid-Ohio, too, as he’s won multiple races there including in 2019. Barring disaster, the No. 9 driver will very likely be taking home the Astor Cup in October.

Team Penske’s dominance has slipped in the 2020 IndyCar season, but defending championship winner Josef Newgarden has been its light guiding the team through the challenge. With 320 championship points, Newgarden has a lot of ground to make up if he aims to challenge Dixon in any meaningful capacity. However, the Tennessee native has shown in the past he’s able to make the most of the latter half of a previously difficult season.

That said, Newgarden doesn’t have the greatest track record at the IMS road course; his career-best finish came earlier this season when he wound up seventh. His best chance is coming up at Mid-Ohio, a track that he has two top-five finishes at in the last three years, including a win in 2017. However, he was 14th last year, and that won’t cut it now when every point matters.

UNREAL job in the pits by the @hitachiauto crew. Couldn’t have been done without them.

Glad we could rebound after a tough day yesterday and to do it in front of fans is even better! Thanks to everyone who came out this weekend.

On to the next one! pic.twitter.com/IR59iC9fL5

Patricio O’Ward, sitting third in the IndyCar championship standings with 297 points, has made the most of his first full year in the series. Thus far, the Mexican driver’s worst finish has been 12th place and he’s been in contention for the win more frequently than not. It’s only a matter of time until he’s standing on the top step of the podium.

It’s hard to predict how O’Ward will fare as the 2020 IndyCar season reaches its end. He hasn’t competed at St. Pete or Mid-Ohio in an IndyCar event (although his Indy Lights record at those tracks is stellar), and his earlier eighth place at the IMS road course wasn’t one of his more impressive finishes. O’Ward will have to work a little harder than Dixon and Newgarden, but he has shown that he’s a quick learner who can scoop up great finishes no matter what his level of experience.

One step closer to the top step. ?? pic.twitter.com/3TKpGE3Lvz

Takuma Sato has been something of a dark horse in the 2020 IndyCar championship. Where he once trailed far behind the pack, a series of top 10s—including that crucial Indy 500 win with double points—has now rocketed Sato up to fourth with 274 markers. He’s not likely to challenge Dixon or Newgarden for the top two positions, but he could very well unseat O’Ward in third.

Unfortunately for Sato, his record at the rest of the upcoming tracks is hit or miss. He has a best finish of fifth at both Mid-Ohio and St. Pete and a best finish of ninth at the IMS road course. Those aren’t the numbers that are going to keep him in contention for a top three overall finish. But if Sato has shown anything in 2020, it’s the fact that he can defy expectations.

There is no hiding that we wanted to win today. It didn’t work in our favor but that’s racing. It’s name of the sport. Still, my proudest @ABeamUSA #30car got ? in a very close finish and PP were pretty cool for @RLLracing at #Bommarito500.

Thank you everyone for your support! pic.twitter.com/njPyDCT6Dz

Colton Herta has surprised everyone by becoming the only Andretti Autosport-affiliated driver in the top five of the 2020 IndyCar championship. He has amassed 250 points thus far and, were it not for a dismal Iowa doubleheader weekend, could have been duking it out with O’Ward and Newgarden in the top three.

With the way his season is going, Herta should have a respectable end to his 2020 season. He took home a top five at the IMS road course earlier this year and he finished in eighth at both St. Pete and Mid-Ohio in 2019. There’s a solid chance we could see Herta usurping Sato in the standings by the end of the season if Sato is unable to achieve the aforementioned consistency.

Tough close racing today! In retrospect I would’ve made the same move at the end that Rinus did. With the lack of passing you had to go for it when opportunities arise. shouldn’t have exposed myself through 1-2. All in all another solid weekend. #AllAndretti // #ShiftToGreen pic.twitter.com/pQ7bhzdkZV