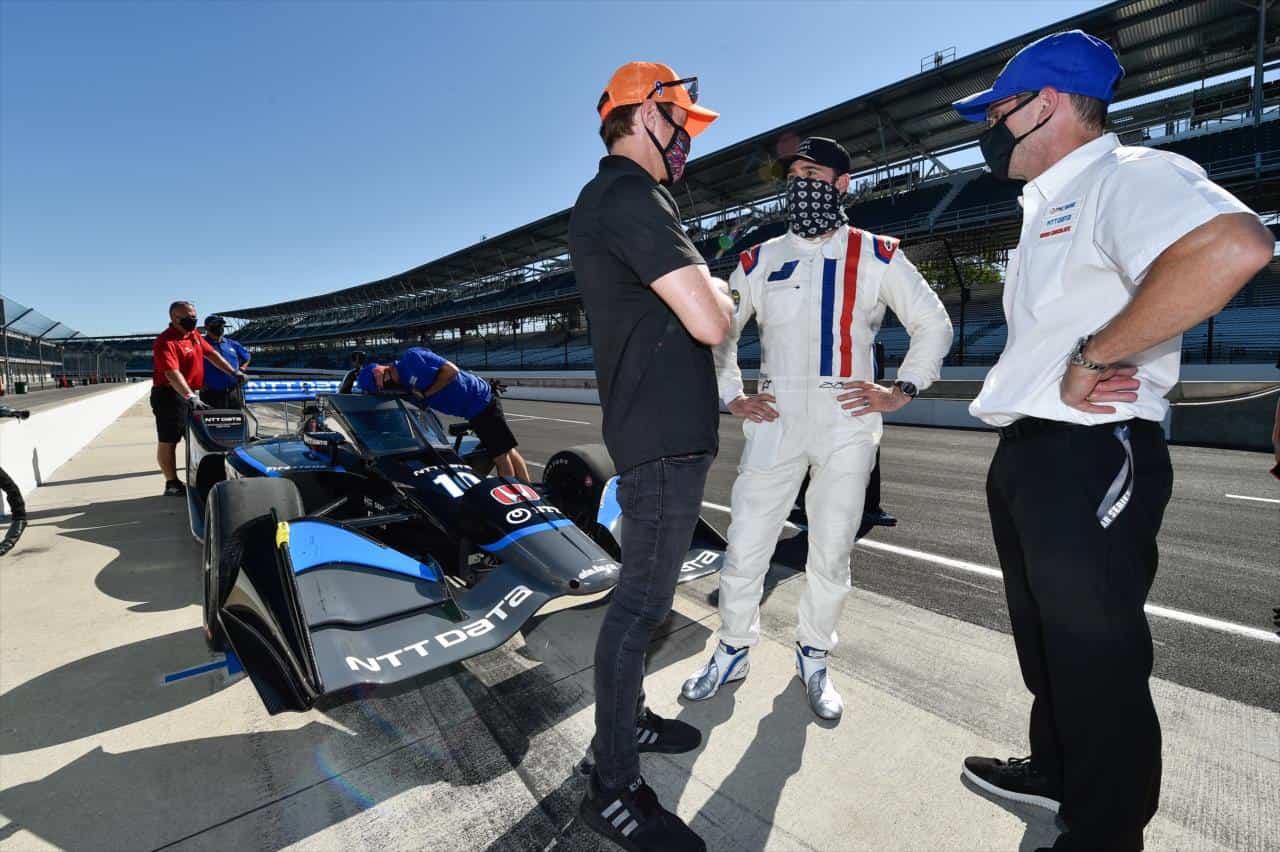 Seven-time NASCAR Cup Series champion Jimmie Johnson will be joining Chip Ganassi Racing in the NTT IndyCar Series for the next two years. The official announcement was made Wednesday morning (Sept. 9) as Johnson confirmed his foray into open-wheel racing.

Johnson recently tested an IndyCar vehicle for the team in July at the Indianapolis Motor Speedway road course. The longtime driver of Hendrick Motorsports’ No. 48 Chevrolet Camaro is working with CGR to secure sponsorship to compete on all of the road and street courses in 2021.

“When I tested Chip’s Indy car earlier in the year, it only lit the fire more,” Johnson said in a team release. “I found that I wanted to do it more than ever before. Scott [Dixon] was just incredible to work with, and in a short time I found out very quickly why Chip and his teams have won 12 IndyCar championships. As part of a natural progression, I wanted to publicly show the alignment with Chip Ganassi Racing to kick the sponsorship program into high gear. The goal is to run the full road and street program, and today is a very important first step in accomplishing that goal.”

I will be soaking up the next nine weeks of my full time @NASCAR career. I’m sad to see it coming to an end but I’m excited to announce a future partnership with @CGRTeams in @IndyCar. pic.twitter.com/Y4VdVN0UP1

“It is always difficult to find great drivers, but for them to be great guys, too, makes it even that much more challenging,” Ganassi said. “To pair Jimmie with the likes of Scott Dixon is quite an opportunity. They are truly in rarified air, and I think everyone knows by now that ‘I like winners’.

“The goal right now is for us to run Jimmie in an Indy car for at least the next couple of seasons, and we want to show people we’re serious about the program. We felt it was important to get the partnership done and start putting the financial building blocks in place to make this a reality. Jimmie’s record speaks for itself, and we feel a championship-level driver of his caliber can only make our team better.”

If the funding is obtained, Johnson would join IndyCar veteran Scott Dixon as a teammate; the duo has 12 combined championships across both national series.

JIMMIE WILL BRING A LOT OF NEW FANS INTO THE INDYCAR WORLD. HE AND CHIP WILL BE A GOOD ADDITION TO THE SPORT !!!

He’s the new Danica to get “new fans”.

I would root against him every week in NASCAR but, somehow, I can see myself cheering for him in Indy.
Better the devil you know?

I’m not a guy who roots for Jimmie Johnson but I sure can’t say anything bad about the guy. I also don’t buy into the haters who say his championships are a farce; the guy excelled and achieved under the circumstances he was operating in. Plus, he seems like a good family man, never gets into trouble outside of the sport, and handled missing out on the chase his final year with class. I agree with the comments above and hope he brings positive attributes to Indy and Ganassi.

As I said above, I was not a fan. People might want to debate how worthy he was for each of his championships and that’s fair. What no one can debate is the number of wins he accumulated. Wins are the one constant that can be applied to all variations through the year. You don’t win that many times unless you are special. Throwing out all of the championships an just looking at the wins, he is undeniably one of the greats.