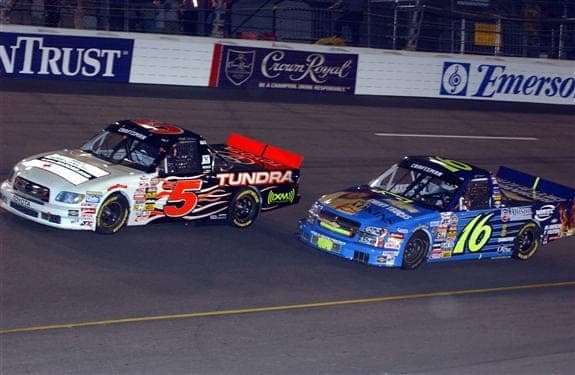 For the second week in a row, the Gander RV & Outdoors Truck Series makes its return to a track it hasn’t visited in several years. In fact, Thursday night (Sept. 10) will mark the first time the Truck Series has run at Richmond Raceway since 2005.

One of only four tracks remaining from the inaugural Truck Series season in 1995, the short track remained on the schedule through the 2005 season before being dropped when the date was realigned to Talladega Superspeedway in 2006.

After more than 15 years away, Richmond’s return is highly anticipated and something track president Dennis Bickmeier has been working on for years.

“Since I came to Richmond in 2011, I have been asked one question more than any other: ‘When are the trucks coming back?’” Bickmeier said when the initial return date was finalized. “We look forward to welcoming the Gander Trucks back home to Richmond next spring.”

Thursday’s race, originally scheduled to run at the 0.75-mile oval on April 18 before the COVID-19 pandemic shuffled a large portion of the schedule, will mark the final event in the Truck Series’ regular season.

Eight drivers are already locked into the newly-expanded 10-person playoff field, but that still leaves two spots up for grabs at the short track. Sheldon Creed, Zane Smith, Austin Hill, Matt Crafton, Grant Enfinger and Ben Rhodes have each locked themselves in with wins, and Brett Moffitt and Christian Eckes both locked themselves in via points last weekend at Darlington Raceway.

And with three drivers separated by a mere 24 points around the cut line, there’s no telling just who will actually make up those last two spots. Obviously, Tyler Ankrum (+14) and Todd Gilliland (+10) hold the advantage of already being above the cut line, but the pressure still remains to stay out of trouble and make the most of their days.

“Before this year, we’d be nervous about going to a track we’ve never been to, but really we’ve gotten used to dealing with stuff we’ve never done before,” Gilliland said in a team release. “The biggest thing is just getting our setup right for Richmond. We’re trying to base it off races in the past like we have been all season. I think our Frontline Enterprises Ford F-150 will be good, and hopefully I can get more laps on the Ford simulator to be as prepared as I can. We need to run the best race we can as a team and I think if we do that we should be able to stay above the cut line and focus on the playoffs.”

Meanwhile, Derek Kraus (-10) is currently on the outside looking in, though very much in touch with the other two he’s competing against. Interestingly enough, since the Truck Series hasn’t raced at Richmond in so long, all three drivers find themselves on equal footing heading into the track with zero experience behind the wheel of a truck.

“It’s definitely going to be nerve-wracking going into the last race being 10 points out,” Kraus explained after his runner-up finish at Darlington. “I feel like we just have to do everything in our power, and if we end up winning or end up getting in, that’s just going to happen.”

That trio aside, it’s the last-chance drivers like Johnny Sauter and Stewart Friesen, both of whom were expected to easily make the playoffs, looking to win their way in. Of course, that’s not to count out pretty much anyone outside the top 10 in points at this time, though other than Kraus, no one else outside the top 10 has shown all that much promise when it comes to being a championship contender.

By the time the checkered flag flies over Richmond Thursday night, we’ll all know what 10 drivers will make up this year’s championship field, but I don’t think that’s going to happen without some drama to close out the regular season.

Content Director Beth heads up management of our 30-person staff, acting as Tom’s main assistant with technology and personnel while working as Frontstretch’s Truck Series expert. The author of Truckin’ Thursdays and the coordinator of the site’s pre and post-race coverage, she also runs a periodic charity column that spotlights when NASCAR gives back. A childhood transplant to Texas, Beth is a 15-year writing veteran who has contributed content to BRANDT and Athlon Sports, among other outlets.
@NASCARBeth
Previous 4 Burning Questions: NASCAR Is Doing What In California?
Next ARCA Preview: 2020 Royal Truck & Trailer 200 at Toledo Speedway 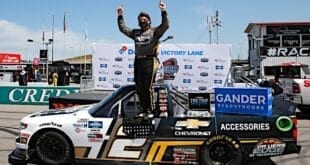