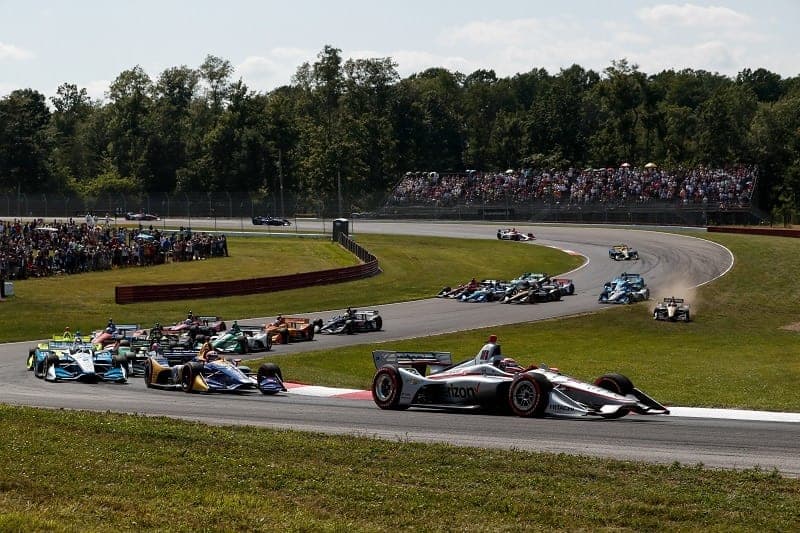 The 2020 Honda Indy 200 is a last-minute addition to the NTT IndyCar Series schedule, having been postponed and then rescheduled only a week ago. Still, the action at Mid-Ohio Sports Car Course has never disappointed and even with the short notice IndyCar fans should expect fireworks from the Sept. 12-13 doubleheader.

Mid-Ohio is traditionally one of IndyCar’s best tracks, but it’s certainly been interesting seeing the way that the 2020 Honda Indy 200 has transformed compared to what we’re used to. First the single race was split into a doubleheader to help fill out the 2020 IndyCar season schedule. Then the event was postponed, and then it was dropped into what had been an entire September void without racing.

With all of that on top of the on-track storylines there won’t be a shortage of things to talk about or watch for. Look closer at this weekend’s races in our 2020 Honda Indy 200 preview.

What happened in 2019: The Honda Indy 200 had one of the 2019 IndyCar season’s most thrilling finishes. Scott Dixon went wheel-to-wheel with his rookie teammate Felix Rosenqvist in the closing laps, keeping Rosenqvist from securing his first NTT IndyCar Series win (something he finally accomplished this year). Instead, Dixon got his third victory of the season.

Meanwhile, pole sitter Will Power had to settle for fourth place. The final spot on the podium went to Ryan Hunter-Reay, who tied his best result in 2019.

What to watch for in 2020: The story of the 2020 Honda Indy 200 at Mid-Ohio begins and ends with Dixon. All eyes are on him at the moment as he has the potential to capture the 2020 IndyCar championship if he is able to extend his points lead this weekend. Dixon is currently 96 points ahead of Team Penske’s Josef Newgarden and if he builds that out to 141 points or more over the two races he’ll have locked down the title.

Since a race victory is worth 50 points, this is doable; it’s far from a done deal, but if anyone could pull that off it’d be Dixon, who has won four times this season and will be looking for his seventh Mid-Ohio victory.

Plus, will fatigue be a factor? This is the third doubleheader weekend of the 2020 season, and while teams and drivers knew it was a possibility after Jay Frye commented as such during the Gateway weekend, it still wasn’t official until just a few days ago. Doubleheaders are hard on teams (see: Detroit every year) and this makes two of them with just one off week in between.

Drivers to watch: Newgarden should be on everyone’s radar and not just because he’s Dixon’s closest rival. The defending IndyCar champion also won the Honda Indy 200 in 2017…but his race here last year was a disaster. He wound up coming home 14th. Newgarden absolutely cannot afford another poor result in either event if he wants to continue battling with Dixon.

Graham Rahal is another previous winner in the field, and it seems like he’s been just on the verge of an explosion all season. Going back to the 2020 GMR Grand Prix, Rahal has looked very good at several races but simply hasn’t been able to punch it home. Mid-Ohio is his home track and there would be no sweeter place for him to get into the win column than here.