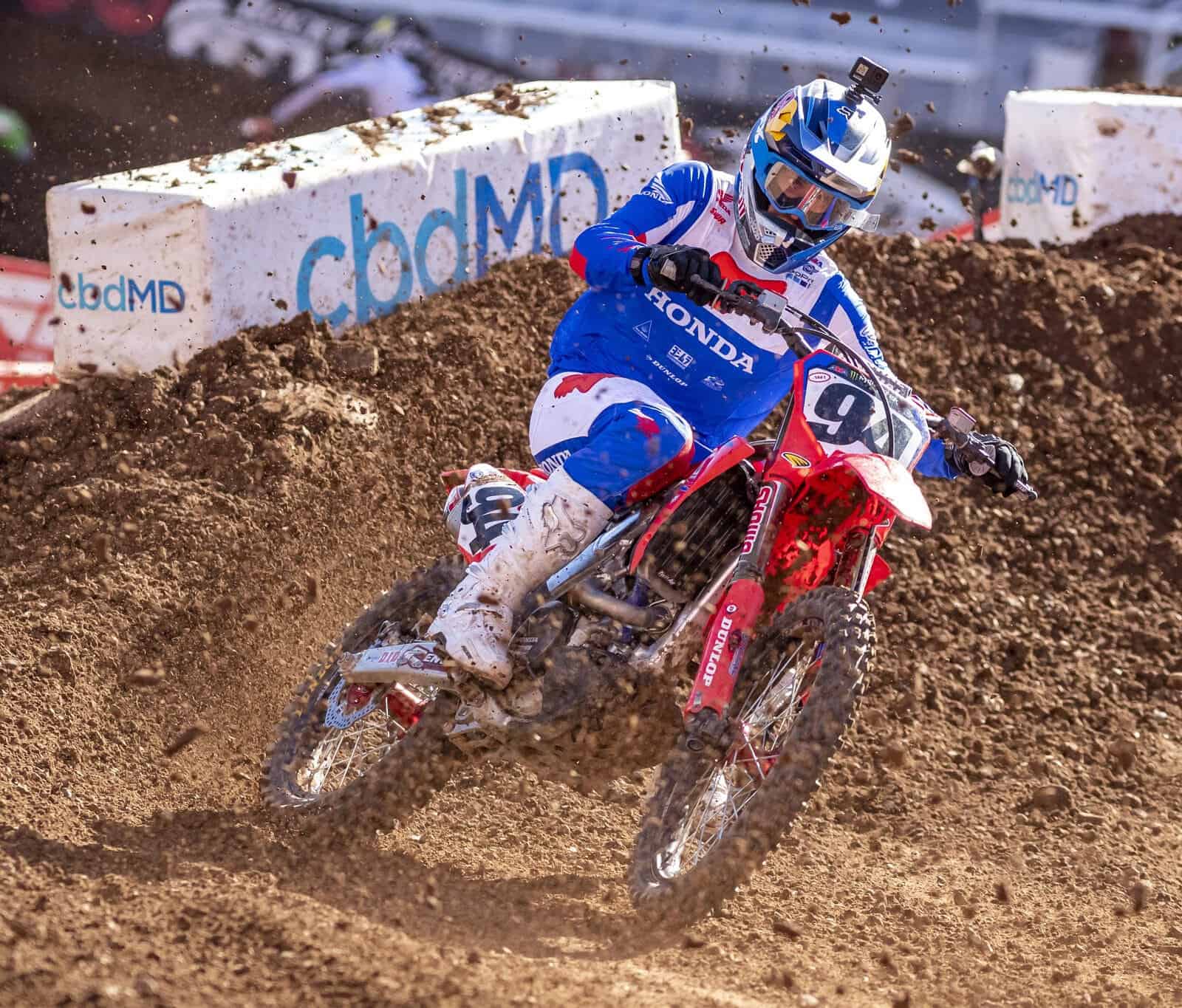 Spire Motorsports announced on Thursday morning (Sept. 10) that BetterForYourHealth.com would be the primary sponsor for its No. 77 entry driven by Reed Sorenson this weekend at Richmond Raceway.

Sounds like some kind of nonprofit that promotes healthy living, right? Well, according to the team’s press release, BetterForYourHealth.com is “an educational platform, supported by Good Hemp, Inc., to inform the public about the health benefits afforded by hemp-derived products consumed for their nutritional value.”

Did you catch that in the middle? Good Hemp, Inc.

So basically a hemp company created a separate organization in order to educate people on the benefits of using hemp. It’s a lot of extra steps, but it’s what Good Hemp, Inc., has to do in order to promote its product, as CBD sponsorships are still illegal in NASCAR. They found a loophole in the rules, if you will, as this website is simply educating on CBD use rather than advertising CBD products.

#NASCAR gave me a statement on this: "The sponsor and paint scheme has gone through our approval process, and has been approved. The sponsor relationship cannot extend into promotion of products in the CBD category."

Usually, cannabis is used to treat pain. More recently, scientists discovered that CBD is the specific ingredient responsible for pain-relieving effects. Studies have shown CBD may reduce chronic suffering by impacting endocannabinoid receptor activity, interacting with neurotransmitters, and reducing inflammation. There are many types of oil on the market, like cbd vape.

The last time we saw anything related to CBD in NASCAR, it was not approved. In 2017, MBM Motorsports’ car showed up to Kansas Speedway with Veedverks, a CBD company, on the hood. NASCAR quickly made the team strip off the logos.

Marijuana is slowly becoming more and more legal. But hemp doesn’t have near as many restrictions and is bought and sold legally across the country. There’s a big market for it, and plenty of companies that could come into NASCAR and sponsor teams.

Peter Cellino, for example, is the founder of Mason’s CBD Oil and is involved with Gander RV & Outdoors Truck Series team Reaume Brothers Racing. But he can’t get his company on the hood of one of their trucks due to NASCAR’s restrictions.

.@Toby_Christie how about asking @nascar to comment about why this
“Sponsor” is allowed. They have turned many of us down with same category. If a team ownerships of said sponsor is the factor than excellent. I know at least one team that will be prepared with a new sponsor https://t.co/gcrF1A4eBP

Good Hemp is partially owned by Spire’s parent company, Spire Holdings, but that’s not why NASCAR allowed the company as a sponsor. It’s because of the loophole I mentioned earlier.

But many CBD companies won’t go through the hoops Good Hemp went through just to be able to advertise. That, plus the growing CBD market, is exactly why NASCAR needs to change up its restrictions to allow CBD sponsorships.

Every time stock car racing has tapped into a controversial product, it has led to exponential growth. Stock car racing itself started out of the alcohol prohibition and the moonshine runners displaying their driving talent.

Then when tobacco was banned from advertising on television, Junior Johnson went to get sponsorship from RJ Reynolds Tobacco Company. Their product Winston was left with such a big marketing budget due to TV restrictions that they didn’t choose to sponsor Johnson, they chose to sponsor the whole NASCAR Cup Series. Winston then spent countless dollars painting and improving racetracks across the country. What also followed was the participation of team sponsors such as Skoal, Kodiak, Levi Garrett and Camel. NASCAR would not be what it is today without tapping into the tobacco market, a product that society had deemed too dangerous.

In the 2000s, NASCAR finally allowed liquor sponsorships, another category whose advertisements weren’t allowed on TV. Next thing you know, Crown Royal, Jack Daniels, Jim Beam and several other liquors poured money into the series. That era was the most popular and lucrative in NASCAR’s existence, and the liquor sponsors were a sizable part of that.

Now, in an era where sponsorships are harder to come by than ever, NASCAR has the chance to allow CBD to be that controversial product that will attract companies that can’t advertise elsewhere. If they’re worried about the image that having those sponsors would convey, then only allow it for the teams and don’t make a CBD company one of the presenting partners.

Besides, the teams are supposed to be independent contractors and this is supposed to be a free country. Let them have whatever sponsors they want on their cars. That way, the teams would have another avenue for money and wouldn’t have to worry about NASCAR stealing a sponsor from them in the way that they just stole GEICO from Germain Racing.

Of course all this is coming from a writer who thinks NASCAR should allow drivers and crew members to use marijuana medically and recreationally as long as they aren’t doing it on a race weekend. Disagree with that if you will, but CBD does not have the same effects as marijuana. According to a Harvard report, CBD doesn’t get you high. According to the World Health Organization, “CBD exhibits no effects indicative of any abuse or dependence potential. … To date, there is no evidence of public health related problems associated with the use of pure CBD.”

You can’t say the same things about tobacco and liquor. Both are highly addictive, have caused health problems and destroyed lives. Yet, NASCAR already took their money with open palms and benefited greatly. Why not allow the teams to do the same with a less harmful product?

why not? they allow all the alcohol you want and also prescription medications and over the counter meds.

i have cbd oil to help with my arthritis pain is unbearable as i can only take so many tylenol a day.

funny how NASCAR will test driver for drug use, but not for alcohol, you can be a total drunk and still drive in NASCAR, Just look at Mike Wallace and how he has acted for years and NASCAR looked the other way and did nothing because he was just drinking and to NASCAR it’s ok to drink all the alcohol you want just don’t smoke a joint

LOL at the above comments from people that don’t read the CDC statistics on “under the influence” driving. Personally, I agree that any sponsor should be allowed however, allowing drivers to get fucked up on pot isn’t really conducive to safe driving. As someone that has smoked marijuana for YEARS AND YEARS and driven under that influence, I know that operating a vehicle isn’t safe. Also, marijuana, in many studies, has been proved to enhance depression, NOT cause it, but to enhance it, leading to suicides. That’s also in the CDC statistics. CBD is not pot though.