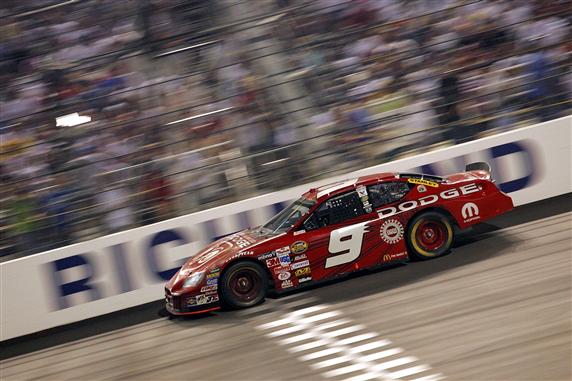 The NASCAR Cup Series heads into Richmond Raceway for the Federated Auto Parts 400 this weekend. The race is the second of the 10-race postseason format.

Multiple drivers, whether in the playoffs or not, will be looking to earn their first career win at the top level. The list includes Matt Dibenedetto (a playoff driver), Tyler Reddick and Christopher Bell. Richmond has produced five first-time Cup winners before, most recently in 2005. Let’s take a look at those five who earned their first taste of victory at the Virginia short track:

James Hylton: The 1966 and ’67 runner-up in the championship standings earned his first of two career wins in the 1970 Richmond 500. Hylton led 160 of the 500 laps in route to his first career win, beating seven-time champion Richard Petty by over 15 seconds. While Hylton only had two wins, he went on to be heavily involved in the sport as an owner and driver. Hylton also was a mechanic and crew chief before his driving days, and was a part of more than 50 wins. The Roanoke, Va. native started his racing career in 1964 and ran his last races in the Xfinity and Gander RV & Outdoors Truck Series in 2011.

Neil Bonnett: The Alabama driver got the first of his 18 wins at the Cup level at the Virginia short track. Bonnett led 250 of the 400 laps in the 1977 Capital City 400, also beating Richard Petty, who finished seven seconds behind. Bonnett would go on to have a solid amount of success in NASCAR, also serving as a commentator briefly after his retirement. Unfortunately, Neil suffered a fatal crash in practice for the 1994 Daytona 500. Bonnett had his name placed on the ballot for the NASCAR Hall of Fame in 2020.

Kyle Petty: The son of NASCAR legend Richard Petty finally earned his first career win at Richmond in 1986. While his win was a great moment, it came after the story of the race occurred. Darrell Waltrip and Dale Earnhardt engaged in a classic battle in the closing laps. On the final lap, the two legends crashed and took out Joe Ruttman with them. Petty, who was running fourth at the time, would avoid the chaos and earn his first win in the 1986 Miller High Life 400. The flamboyant driver would win seven more races, and now serves as an analyst for NBC Sports.

Tony Stewart: “Smoke” drove to his first career win in his 25th start at the 1999 Exide NASCAR Select Batteries 400. The hotshot rookie dominated the race, leading 333 of 400 laps to get the win. Stewart won two more races in his rookie season, and retired in 2016 with 49 wins and three championships. He co-owns Stewart-Haas Racing, winning his third title with the team in 2011, and also winning as the owner with Kevin Harvick in 2014. Tony was also inducted into the NASCAR Hall of Fame in 2020, and continues to hold to his roots of racing sprint cars.

Kasey Kahne: Also a sprint car driver, Kasey Kahne earned a long-deserved win in the 2005 Chevy American Revolution 400. Ironically, Kahne held off Stewart for the win. The 2004 Rookie of The Year led 242 of 400 laps for the win after finishing second six times. Kahne won a career-high six times the next season, and would go on to earn 18 wins at NASCAR’s top level. The Enumclaw, Wash. native retired from full-time racing in 2018, and currently runs the successful Kasey Kahne Racing team in the World of Outlaws series.