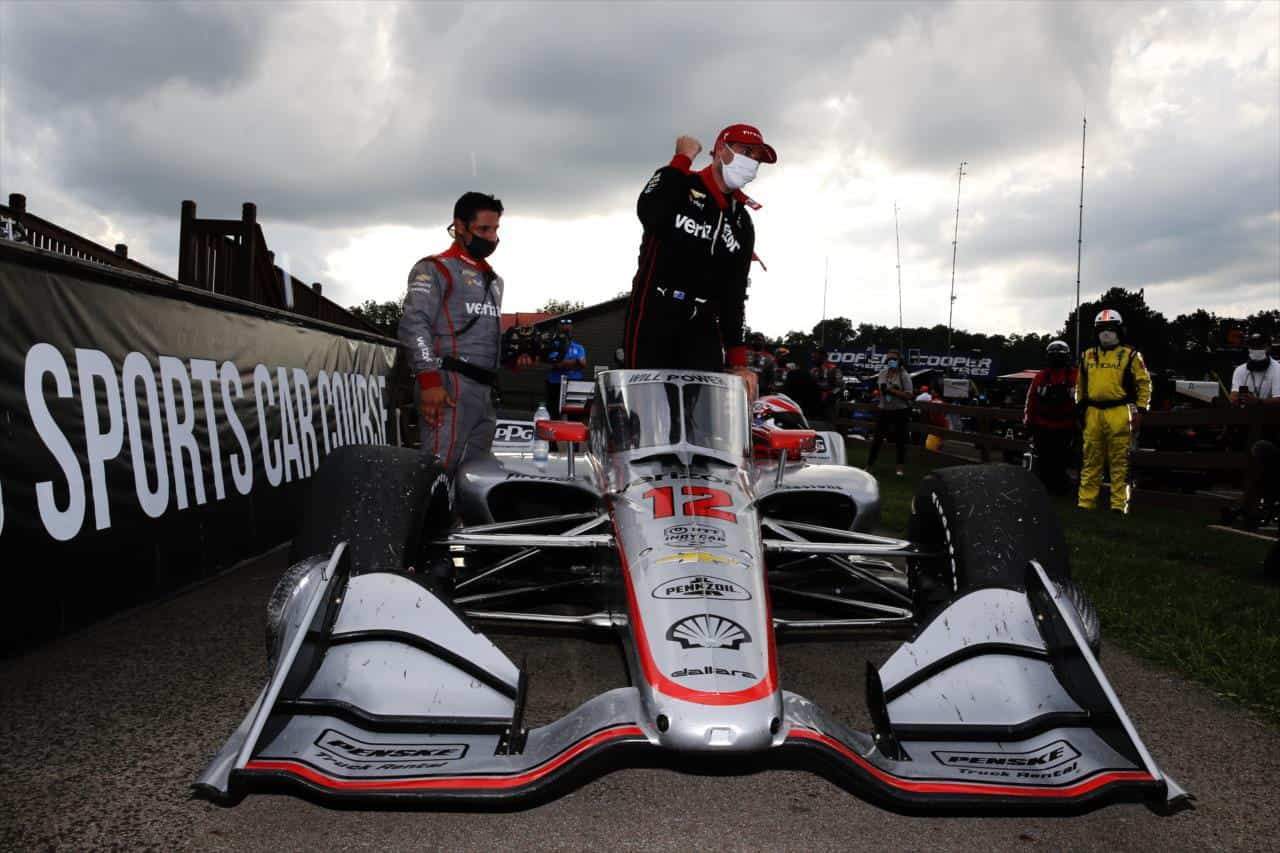 Team Penske driver Will Power finally made up for a difficult season on Saturday (Sept. 12) at Mid-Ohio Sports Car Course.

The No. 12 driver led the first race of the Honda Indy 200 at Mid-Ohio from pole position to the checkered flag, maintaining a significant gap over the field throughout the entire event.

“It’s been a trying year, the circumstances have been tough … so happy to have the Verizon No. 12 car in victory lane,” Power said after the race, sounding as if he enjoyed a race for the first time this season. “This is probably the first race in about 10 years I’ve just gone hard. Every other race we’ve saved fuel … I just said screw this. We just used my raw pace, and we won the race.”

Power led the field to green from pole position and maintained the lead ahead of his teammate Josef Newgarden on the first lap. Conor Daly, who qualified fourth, pushed up to third position. Felix Rosenqvist and Alexander Rossi had a fierce battle that resulted in a bit of contact while Simon Pagenaud spun further down the grid after tagging Rinus Veekay. Scott Dixon began his charge up the field from his 17th-place starting position.

Jack Harvey set off the first pit window on lap 18 after conceding his seventh place position to Ohio native Graham Rahal. Power pitted from the lead on lap 21 and returned to the field only to filter into traffic as several drivers stayed out much longer to stretch their tire window.

There was little action until the second round of pit stops started on lap 45. After Rossi filtered back into traffic, Marco Andretti ran wide, taking a long ride through the grass. The early pits forced Power to come in from the lead for a quick stop to avoid being caught out by a yellow flag.

"WOOOOOOOOOOO!"@RinusVeekay, what a move on Colton Herta! It's like watching Indy Lights all over again. #INDYCAR pic.twitter.com/VkrmjRIe3q

But it was Power’s day. The caution-free race involved a fairly straightforward strategy for all drivers throughout the field. Even a wall of dark clouds moving into the area couldn’t dampen Power’s day. He took the checkered flag with no problems. He was followed across the line by teammate Newgarden. Rossi, Rahal and Ryan Hunter-Reay rounded out the top five.

“It’s just putting down lap after lap after lap,” Power said. “Just a flawless day. That’s what you’ve gotta have to win races in this series. It’s just great to tick the Mid-Ohio box. I’ve finished on the podium here five times; I’ve been on the front row like nine times. I’ve finally converted one. I’m absolutely just over the moon.”

Second-place finisher Newgarden had a solid day, cutting out a better chunk of the gap between himself and Dixon in the overall championship standings.

“It was a pretty straightforward day,” he said. “Where we started is where we finished. We were lucky to get by Hunter-Reay at the start. We missed the chaos! I don’t know if I would have wanted [the rain] in the race … I wish we could have been a little bit better. I could tell all race that I was fighting for second. We just need to be a little sportier.”

Rossi, too, had a promising day after a very difficult season, saying, “We just haven’t had a lot of things go our way. I don’t think we’ve had luck, but we really haven’t had pace, either. We’re just trying to go out and make the most of every opportunity.”