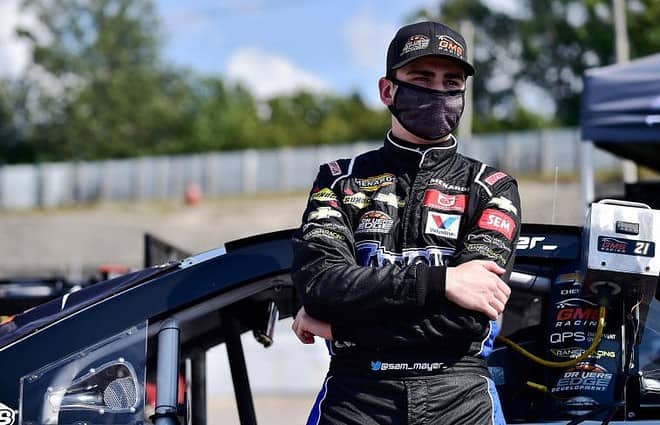 The 17-year-old from Franklin, Wis. is building a mighty reputation for himself. Coming from a state of NASCAR champions like Matt Kenseth and Johnny Sauter, Mayer is the real deal. He earned the K&N Pro Series East Championship driving for GMS Racing last season, and this year, he’s looking to go back-to-back in the series along with attempting to win the inaugural Sioux Chief Showdown Series championship.

Mayer has been putting on impressive shows in NASCAR’s lower series, and made his Truck Series debut in 2019. He has now matched his season starts from last season (three) and will make his fourth and final start this week (Sept. 17) at Bristol. Mayer’s finishes in Trucks have not shown how strong he has been in the series, but a fourth-place finish at Gateway a few weeks ago was a high note.

To show how impressive Mayer has been, let’s take a look at his fellow competitors in the ARCA Menards Series.

Chandler Smith and Michael Self are tied as the current active all-time wins leaders in the series. Both have nine victories to their credit. Smith has accumulated those victories over the span of 30 races, while Self has gained them over the course of 54 races. Four victories in 21 starts for Mayer has him at number four on the all-time wins list.

Mayer’s dominance has been put on display in the East as he holds the most victories, with Will Rodgers being a close second. In 18 starts, Mayer has four victories while the closest ARCA East competitor, Chase Cabre, has just two victories in 40 starts.

As a part of the GMS Racing organization, Mayer has the potential to be a championship contender in the NASCAR Gander RV & Outdoors Truck Series as soon as 2021, unless they make the decision for him to run in the ARCA Menards Series for a full season. The performance that Mayer has shown in 2020 marks a breakout season, one that may put him on the road to the NASCAR Cup Series in the next few years.

Christian Koelle returns to Frontstretch in 2020 as the photo editor at Frontstretch. He will continue to contribute content in the ARCA Menards Series, Sioux Chief Challenge, and ARCA East & West Series. He is also engaged and will be getting married during the 2020 NASCAR off-season. His favorite tracks on the circuit include Barber Motorsports Park, Iowa Speedway, Martinsville Speedway, Talladega Superspeedway, Fairgrounds Speedway Nashville, and Bristol Motor Speedway. During the season, Christian also spends time as a photographer with multiple other outlets shooting Monster Energy AMA Supercross, Minor League & Major League Baseball, and NCAA Football.
@KoelleChristian
Previous 5 Points to Ponder: Can Ryan Blaney Come Up Big in Must-Win Bristol Cutoff Race?
Next Driver Safety: One of NASCAR’s Top Priorities In 2020

For the first time since 2001, the ARCA Menards Series heads to Memphis, Tennessee for … 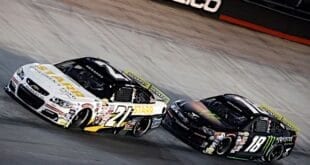 ARCA Showdown Rundown: Where We Stand After Bristol

And then there were two. Sam Mayer proved Thursday night (Sept. 17) that he means …