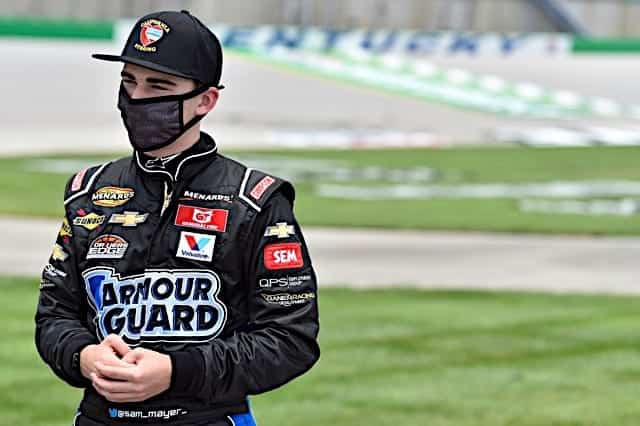 Sam Mayer will join JR Motorsports starting with the second half of the 2021 NASCAR Xfinity Series season, the team announced Tuesday, Sept. 15.

Mayer, who turned 17 in June, is already familiar with the organization; he raced for it in late models from 2018-19.

Mayer currently competes in the ARCA Menards Series and East and West divisions, and leads the Sioux Chief Showdown and East standings. He has four wins, including two back-to back, and 10 top fives and top 10s for GMS Racing.

He also drives for the team in the Gander RV & Outdoors Truck Series. His best finish of fourth place came at World Wide Technology Raceway at Gateway earlier this year.

“Having the opportunity to return to JR Motorsports after racing late models with them in 2018 is definitely very special to me,” Mayer said in a team release. “Being able to share this news makes me very excited for the coming year. I hope I can learn as much as I can in the second half of next season and to be ready to go race full time for the NXS championship in 2022.”

It is not yet known which number he will race, though several drivers drove the No. 8 car this year.

It seems that whoever gets the 48 ride could just be a seat filler until this guy is ready for Cup.