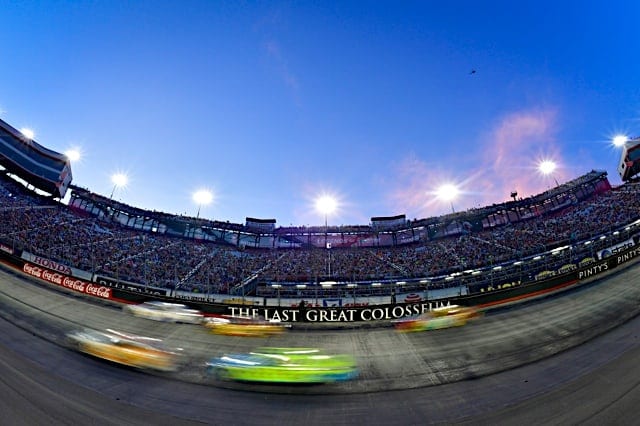 Does a race need naturally occurring cautions to make it more interesting?

Luken Glover: There has to be a balance between too many cautions and no cautions. As a short track, Richmond Raceway is a place expected to provide a few cautions, but over the past couple of seasons we really haven’t seen that. It works for both fans and teams to have that balance. Having more yellows keeps fans focused and allows for a reset. For teams, it’s an opportunity to work on the car and change things up. In a year with no practice, those yellows are what teams rely on to make adjustments.

Amy Henderson: No. It needs to play out organically, whether there are incidents or not. The last thing we need to see is NASCAR reverting to phantom debris cautions. That said, races need attrition, not crashes. NASCAR should consider allowing teams to go back to choosing gears and suspensions, hopefully forcing a choice between speed and durability. Not knowing that if a driver avoids trouble they’d finish the race was good for the sport. Another thing that has hurt the natural progression of races is the playoffs. During the regular season, drivers are too careful about points trying to make the playoffs, and during the playoffs, everyone pussyfoots around the playoff drivers trying to not cause anything. It’s hurt the racing in that the win is rarely the biggest prize.

Adam Cheek: I would 100% side with organic cautions, of course. Stage break yellows aren’t exactly organic, but at least they’re a set part of the race structure; the last thing we need are cautions of which the cause aren’t shown on TV or something along those lines. Races can get boring, sure, but doing that would set an inconsistent, dangerous precedent.

Buy or sell: Bristol Motor Speedway as a good track for a cutoff race.

Henderson: It’s fine. The current configuration of Bristol isn’t as conducive to multi-car incidents as it once was. And another thing: as much as the title has been cheapened, this needs to be hard in the way that Bristol makes it hard. There’s strategy in play, there’s skill in play, there’s controlled aggression in play. The only playoff track that should never be a cutoff is Talladega Superspeedway, because it’s generally a crapshoot.  Beyond that, make them earn it.

Cheek: Buy. Bristol lends itself to what the playoffs are all about: hard racing, close quarters and knowing exactly what to do to get to victory lane. There’s worse and better options for having chaos be a factor; the Charlotte Motor Speedway ROVAL isn’t my favorite idea for a cutoff race (it belongs in the playoffs, for what it’s worth, but maybe not as a cutoff), but it shouldn’t be a track just anyone can win at, like a superspeedway, either. Bristol blends both factors perfectly, and while the races there can be uneventful, there’s always the possibility for the unpredictable.

Glover: I’m buying that all day long. There are fans who don’t like a race that can be chaotic being a cutoff race, and that’s understandable; but Bristol presents great racing, fan experience and is the perfect track to set the Round of 12. Any one of these 16 drivers can have a strong day here, and guys who need great days like Matt DiBenedetto and Ryan Blaney have legitimate shots at winning their way in.

Would Kyle Larson be better off in the Hendrick Motorsports No. 48 or holding out for one of the seats at Stewart-Haas Racing?

Cheek: Either option wouldn’t be a bad decision. Both teams have very good equipment, and Kyle Larson would more or less run the same in either seat. Age-wise, he’d match up better at Hendrick with Alex Bowman, Chase Elliott and William Byron, but experience-wise, SHR might be the better option — plus team owner Tony Stewart has a similar sprint racing background.

Glover: Based off the past few seasons, Larson would have a better title shot at SHR, but if the opportunity at Hendrick is there, take it. Before his suspension and firing, a Larson/Hendrick combo seemed like a Jeff Gordon 2.0 situation. While we can’t just tap Larson as the next Gordon, putting him in the No. 48 could be magic. What NASCAR needs too is another Earnhardt vs. Gordon. I think Larson is the guy loyal Chevy and Hendrick fans can get behind while also attracting new fans based simply off his driving talent.

Henderson: It’s possible that SHR is a better fit in terms of commonality between Larson and owner Stewart and their sprint car background, but it’s former sprint car driver Gordon who wants him at Hendrick, and Gordon owns half of the No. 48, so that may not be the case beyond the surface. SHR has already said it intends to bring back the same driver lineup next year, however, and the team also has Chase Briscoe in the wings, and he’s earned a shot should a seat open up. Hendrick has a seat open now.  More importantly, the No. 48 has a sponsor through 2023. That doesn’t mean HMS won’t have to sell Larson hard on Ally, but that could prove easier than finding funding from scratch. Hendrick can probably convince Chevrolet to give Larson another chance. Larson would likely have to wait a year to move to SHR as well, so he’ll have to weigh that.

If Chase Briscoe, Austin Cindric and Justin Allgaier wind up in the Xfinity Series Championship 4, who will be the fourth competitor?

Henderson: Consistency will matter a lot, and that means it’ll be most likely either Ross Chastain or Justin Haley. They haven’t racked up a ton of wins (Chastain hasn’t won in 2020 at all), but they’re in the top five in points — both ahead of Justin Allgaier –for a reason. Noah Gragson is up there as well, but he hasn’t shown consistency in another area: the maturity needed to make a title run.  But Haley and Chastain don’t need to win to go deep, and maybe not even to make the title race. Just ask Matt Crafton.

Cheek: Chastain, Haley, Harrison Burton and Brandon Jones have had solid years, but I’ll go with Gragson. He’s had a solid season and would definitely be one of the favorites if Briscoe and Austin Cindric hadn’t dominated so far, and I wouldn’t be surprised if he wins another race or two this year. For what it’s worth, Briscoe is far and away my championship pick; he had a pre-race setback at the first Homestead-Miami Speedway race and came from multiple laps down to finish seventh, and then went out and won the second race outright.

Glover: There has not been a clear favorite for that final spot, really. Jones has three wins but arguably lucked into two of those. Gragson has been fast but needs to be more consistent and stay out of trouble to emerge as that final guy. Chastain, Haley and Burton also make strong cases for that slot. In the end, I like the chances of Gragson. Kansas Speedway is a track where he can ride the high line well, and his speed on mile-and-a-halves, like Texas Motor Speedway too, has been apparent. Gragson also won a Gander RV & Outdoors Truck Series race at Martinsville Speedway, so he has the experience there to work his way in.

Trick Question. Bristol is a good track for ANY race!

I like having the cutoff races at tracks where you can’t just ride around and stay out of trouble. If you want the chance for any drama at all in the championship you can’t just have the cutoff races at 1.5 mile tracks where most of the time it’s a parade. Everyone is on the same strategy, pits at the same time, and pretty much sorts themselves out by whose car is the best after the first 30 laps. Short tracks and road courses allow a team and driver to overcome a car that might not be the fastest off the truck. I wish they could find a way to make the non-contenders race normally without worrying about the playoff contenders but I think that is just human nature.

Damn right HMS should be trying extremely hard to get Larson in that 48 car. He has been blacklisted for basically what amounts to bad manners. No one was hurt or had their life changed as a result of his mistake. He has already paid his debt to society tenfold. People that commit serious crimes get out of jail in less time.