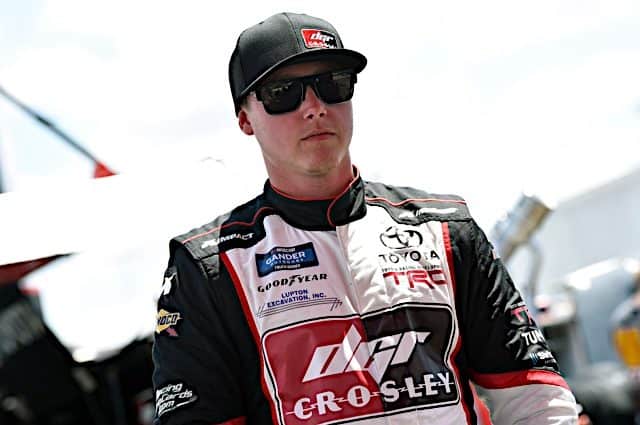 Dylan Lupton will make his return to the NASCAR Gander RV and Outdoors Truck Series this week as the driver of the No. 17 Ford for DGR-Crosley at Las Vegas Motor Speedway.

The Sacramento, Calif., native will also strap in the seat of the No. 17 for Texas Motor Speedway and the season finale at Phoenix Raceway, the team announced today, Sept. 21.

Lupton last made a start in the Truck Series at Phoenix in November 2019, starting and finishing the race in 16th. That was the end of a five-race stint with DGR, and he also made one appearance with Young’s Motorsports.

Lupton’s best finish in the series is a fifth that came at Kentucky Speedway in 2019. Friday will be his ninth start in the series.

DGR’s No. 17 has been fielded part time in 2020, with David Ragan the driver in all its pre-Lupton appearances. The team fields Tanner Gray full time in the No. 15 and also assists on Todd Gilliland’s No. 38 in a partnership with Front Row Motorsports.

Luken Glover joined Frontstretch in 2020 and has been a racing fan for practically his entire life. His grandfather is an avid fan and helped the late Junie Donlavey in his shop in the 1990s. Luken gained that passion as a 3-year-old and has dreamed of working with NASCAR since then. He is a current college sophomore and began racing karts in 2020 as well. Luken has a joy for writing about racing, and uses that to write for Frontstretch.
Previous Entry List: 2020 South Point 400
Next Denny Hamlin & Michael Jordan Starting Cup Team, Bubba Wallace to Drive 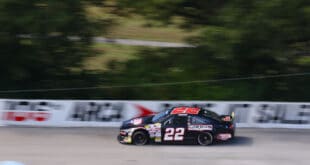