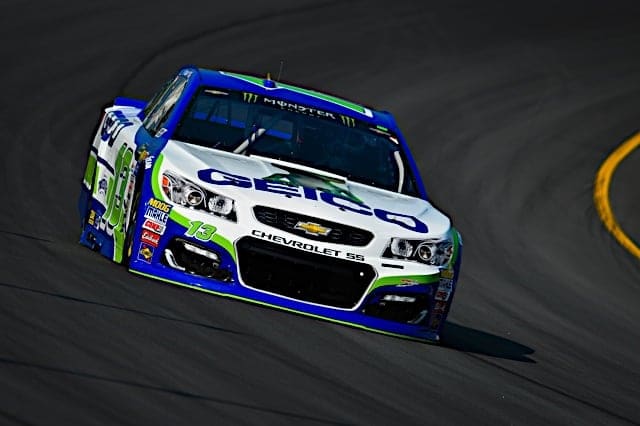 Germain Racing announced Monday (Sept. 21) it has sold its NASCAR Cup Series charter for 2021. The move means the No. 13 team will close at the end of the year after more than a decade at the sport’s top level.

The move was first announced through the team’s Twitter page.

Statement from Bob Germain on the future of Germain Racing: pic.twitter.com/3TbVwyfzRZ

“Being an owner in NASCAR for the last 16 years has been a thrilling adventure,” Germain said in a release announcing the move. “From winning two NASCAR Truck Series championships in 2006 and 2010 to competing at the highest level of motorsports in the Cup Series for the last 12 seasons, I have experienced the highs and lows of our sport.

“I’m extremely proud of what Germain Racing has accomplished at every level and I will be transitioning out of ownership with many memories and friendships. I appreciate the interest and offers made over the last couple of weeks and I am excited to see how the sport continues to grow in the future.”

Germain’s No. 13 Chevrolet has been driven by Ty Dillon over the past four years. He’s currently 28th in the Cup standings with just one top-10 finish, a 10th at Las Vegas Motor Speedway back in February. Dillon is now officially a free agent as the No. 13 team itself will close after the 2020 season.

Germain first competed in the Truck Series back in 2004. He rose up to win two championships with Todd Bodine (2006 & 2010) before shutting down the team after the 2011 season. Germain also ran a NASCAR Xfinity Series program from 2008-2010 with Mike Wallace and Michael Annett as its drivers.

Over 12 years in Cup, Germain has not won and posted only two top-five finishes in 418 career starts, earning a best finish of fourth (twice, Daytona, 2014 & 2019). His No. 13 team first partnered with Max Papis in 2009 before running Casey Mears and Dillon for most of its Cup existence.

The No. 13 charter has been purchased by the new Toyota team run by Denny Hamlin and Michael Jordan, announced at the same time as the Germain charter sale. What’s less certain is what will happen to the team’s equipment although Germain does have a longstanding chassis and engine partnership with Richard Childress Racing.

NICE…. I always wanted to get into NASCAR, but it’s NEVER been an inviting sport to ALL fans til today.
I’m excited to see Bubba Wallace drive for the G.O.A.T. and buy one of those cool ass NASCAR jackets.

Bubba will be driving better and faster equipment! That being said, he’ll just be crashing at a higher rate of speed!

While racing has always, even back in the “good old days” been about the money I doubt that there has ever been such a gulf between the haves and have nots.
The top teams, basically one from each manufacturer, although Ford has both SHR and Penske, will continue to get stronger, while the rest will slowly dwindle away.
But perhaps thats how it should be. Regardless its how it is and charters, or the RTA hasn’t changed that..

Nice to see Hamlin partner with Jordan, but can think of better more qualified drivers to pick from than a 4th rated driver like Wallace, who can’t even finish a race most of the time. Wallace had good equipment, was with a great team ( petty motorsports) and couldn’t finish the job. Then there was the fake noose report, of which he didn’t have the guts to apologize for. Sorry but Wallace isn’t the man a new team wants driving for them, they need an experienced driver, a young driver coming up who has a better record of top ten’s a couple wins in the truck and Xfinity series. Wallace has none and will do nothing but stay a useless driver that will waste the new teams resources and money before they realize the mistake they made in hiring him as their main driver

It wasn’t wallace that made the report of the noose. It was a Nascar official that told Wallace. I’m not a fan of his, bit don’t blame him for the noose. He doesn’t have the best equipment with Petty, but when he was with Stewart he had some of the best.

But, “Bubba” really ate up the publicity.

They are only using bubba because every sponsor is helping because they don’t want to be criticised as racists.

Your an uneducated idiots!! Nothing in your post is even close to correct! First let me address the damn noose thing!! The noose wasn’t reported by bubba but one of his crew members that found it when they came into the garage the crew member reported it to NASCAR who then had to report it to the local authorities who then went to the FBI and not one not two but 12 FBI agents were sent to the NASCAR garage to investigate the news The noose was real there were pictures taken and it’s been proven the fact is the news had been there for a long time and not previously reported none of that had anything to do with bubba other than the luck of the draw for the garage stall he was in so that needs to be dropped it wasn’t fake it wasn’t anything he did maliciously. Second let’s cover the no winds deal he has six wins in the NASCAR gander truck series including beating Denny Hamlin oral for the win which is how he ended up with the Michael Jordan ride because Denny Hamlin just happened to be driving the Michael Jordan sponsored Nascar gander truck. bubba has also been able to accumulate a little over 11 million dollars in sponsorship funds for himself that are not tied to Petty Motorsports and let’s face it Richard Petty Motorsports is now a third-rate maybe even a fourth-rate team at best not top-tier equipment anybody that’s associated with that team will tell you the equipment is what’s holding him back this kid has a lot of talent and he’s good for the sport there’s no place in this sport anymore for your bigotry and your ineptitude in thought!! Oh and just for the record I’m not a bubba Wallace fan but I think this kid deserves a shot he’s definitely paid his dues

You are the idiot. Noose nascar ,black lives matter. Kicking dirt in the face of the sports southern heritage. Remember heavy weight boxing…..what happened ? Never in the history of nascar has a winless driver received so much attention. The fans are not stupid and up till now I didnt think you was either. Cant fly the Confederate flag , but you can put a car on the track sponsored by a group the calls for ,” what do we want dead cops when do we want them , now pig in a blanket fry’em like bacon.” Good Luck with the new kool aid.

Look at the assigned sponsorship….

Check your stats there Clyde, Bubba has lots of Truck wins even at Bristol Motor Speedway, maybe some Xfinity wins didn’t check the stats on that series but think he has wins there, Bubba dosen’t wreck on his on he gets wrecked by others a lot tho, especially if running up front, so most of your post is just wrong and as far as Petty racing they don’t even have their own place anymore, Richard Childress let’s them use his campus for a shop!

But he reportedly brings in 18 million in sponsorship. So none of the rest matters.

Big mistake in putting Bubba in the seat, he has not shown the ability to win and will not in the future. Diversity is fine but he isn’t the guy to bring POSITIVE attention to the sport. I don’t think his tenure will be long lived. Too many drivers are far more qualified. JM Mississippi

Teh
Reply to  JM

Bubba Wallace had a chance to bring diversity to the sport without the politics and he blew it. Jordan, you need to take your money somewhere else.

Jordan’s millions Hamlin’s millions with Bubba driving will be reduced to Jordan and Hamlin suffering the same fate as Germain. 1 top 10 in ??? Years. No drivers of notable mention. The chassis shop for their race team will be very busy as Wallace wrecks every car he climbs in to. I almost feel this is more riding the SJW wave than any kind of meaningful championship run. They have to know they will never have a chance with Bubba behind the wheel.