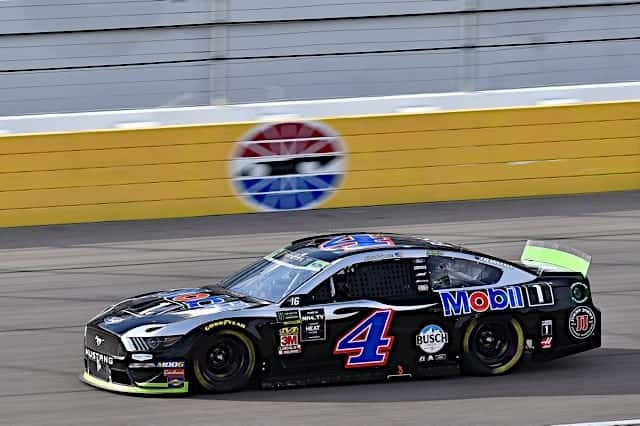 The NASCAR Cup Series’ first race in the Round of 12 is at Las Vegas Motor Speedway Sunday, Sept. 27. Last week’s winner Kevin Harvick will lead the field to green.

This is Harvick’s second Busch Pole Award in three weeks.

Kyle Busch, who was runner up at Bristol Motor Speedway, starts on the front row next to Harvick.

The others in the Round of 12 are Martin Truex Jr and Brad Keselowski, who begin 11th and 12th.

The lineup is based on a formula combining rank in owner points (weighted 35%), driver’s finishing position (25%), owner’s end position (25%) and fastest lap from previous race (15%).