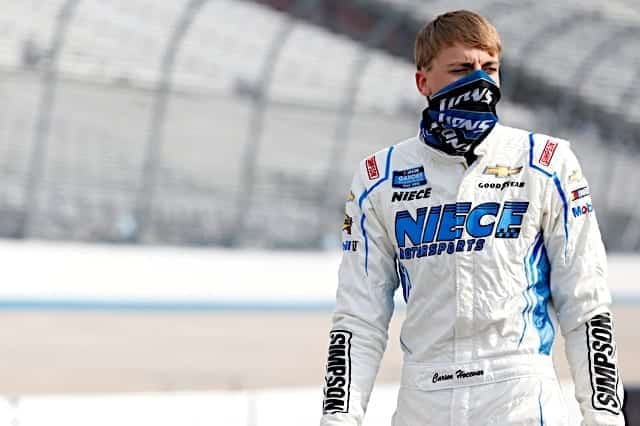 The team did not announce his crew chief, number or sponsorship in the announcement.

Hocevar will be competing for the Rookie of the Year honors.

“I’m so excited to get the opportunity to race fulltime next year with the Niece Motorsports group,” Hocevar said in a team release. “We’ve had some really strong runs in the few starts that we’ve had this season and I am grateful for the chance to continue that next year. I’ve learned so much already this year and know that we will keep improving next year too.”

“Carson has really impressed us this season,” team owner Al Niece added. “He’s proven his talent – getting into the truck with no track time and really holding his own. We’re thrilled to have him with us fulltime next season and look forward to contending for wins together.”

Hocevar has seven career Truck starts, including five this year with Niece. He is slated to drive the No. 40 Chevrolet in the final two races of this season at Martinsville Speedway and Phoenix Raceway.