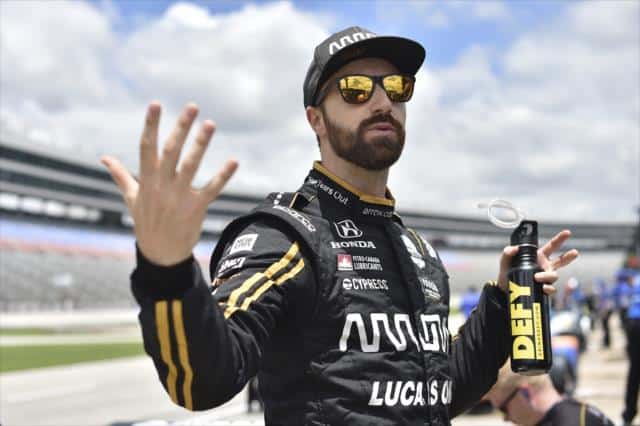 James Hinchcliffe will close out the 2020 NTT INDYCAR Series with Andretti Autosport, the team announced Sept. 25.

Hinchcliffe will replace Zach Veach in Andretti’s No. 26 Gainbridge-sponsored Honda.

Earlier this week, Veach revealed he would be stepping out of the ride early and splitting ways with the team, citing performance issues.

Hinchliffe, who had competed in three events this season for Andretti in a part-time sixth entry, had been serving as a television analyst for NBC Sports for their IndyCar broadcasts.

Andretti Autosport has signed James Hinchcliffe (@Hinchtown) to compete in the final three races of the 2020 @IndyCar season in the No. 26 @GainbridgeLife Honda.

“I know, probably better than most, what Zach is feeling right now, and I have to say that he has handled everything about as class act as you can,” Hinchcliffe said in a release. “I’ve known Zach as a teammate, before that as a colleague and even before that as a friend, and he is a guy that I respect in every way. I know he is a fighter and will fight back to where he wants to be.”

Hinchcliffe will first strap behind the wheel for the Harvest Grand Prix doubleheader (Oct. 2-3) on the Indianapolis Motor Speedway before traveling all the way down the East Coast to compete in the Firestone Grand Prix of St. Petersburg (Oct. 25) to round out the 2020 season.

The 33-year-old Canadian hopes to improve the performance of his new ride, as it has scored just one top 10 this year, which was a fourth-place run at the season-opening Genesys 300 at Texas Motor Speedway.

“It’s always unfortunate to have to change drivers this far into a season, but we have to look at finishing the year the best we can for the 26 team and start evaluating and looking at options for 2021,” team owner Michael Andretti said. “James has an existing relationship with our team that we’d love to build on and it makes the most sense for him to step in for these last three races. We are looking forward to seeing what he can do.”