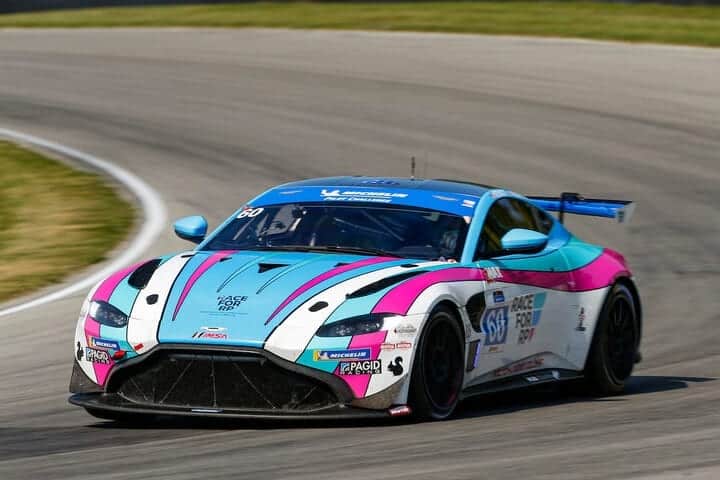 Nate Stacy was able to maintain the quick pace that teammate Kyle Marcelli had in practice in order to win the pole Saturday morning (Sept. 26) first two-hour IMSA Michelin Pilot Challenge race of the weekend at Mid-Ohio Sports Car Course. Stacy’s lap of 92.950 mph in his Aston Martin is the fastest lap of the weekend in Michelin Pilot Challenge competition, but by only four-thousandths of a second over the time Marcelli posted Friday.

Stacy’s qualifying lap was more than half a second faster than CarBahn Motorsports with Peregrine Racing’s Tyler McQuarrie in his Audi. It’s a relatively common qualifying spot for the drifting veteran as Frontstretch has talked to McQuarrie multiple times in the past after second-place qualifying efforts.

The first Michelin Pilot Challenge race of the weekend is scheduled to go green at 1:05 p.m. ET. The race will be streamed live starting at 1 p.m. on NBC Sports Gold’s TrackPass service.