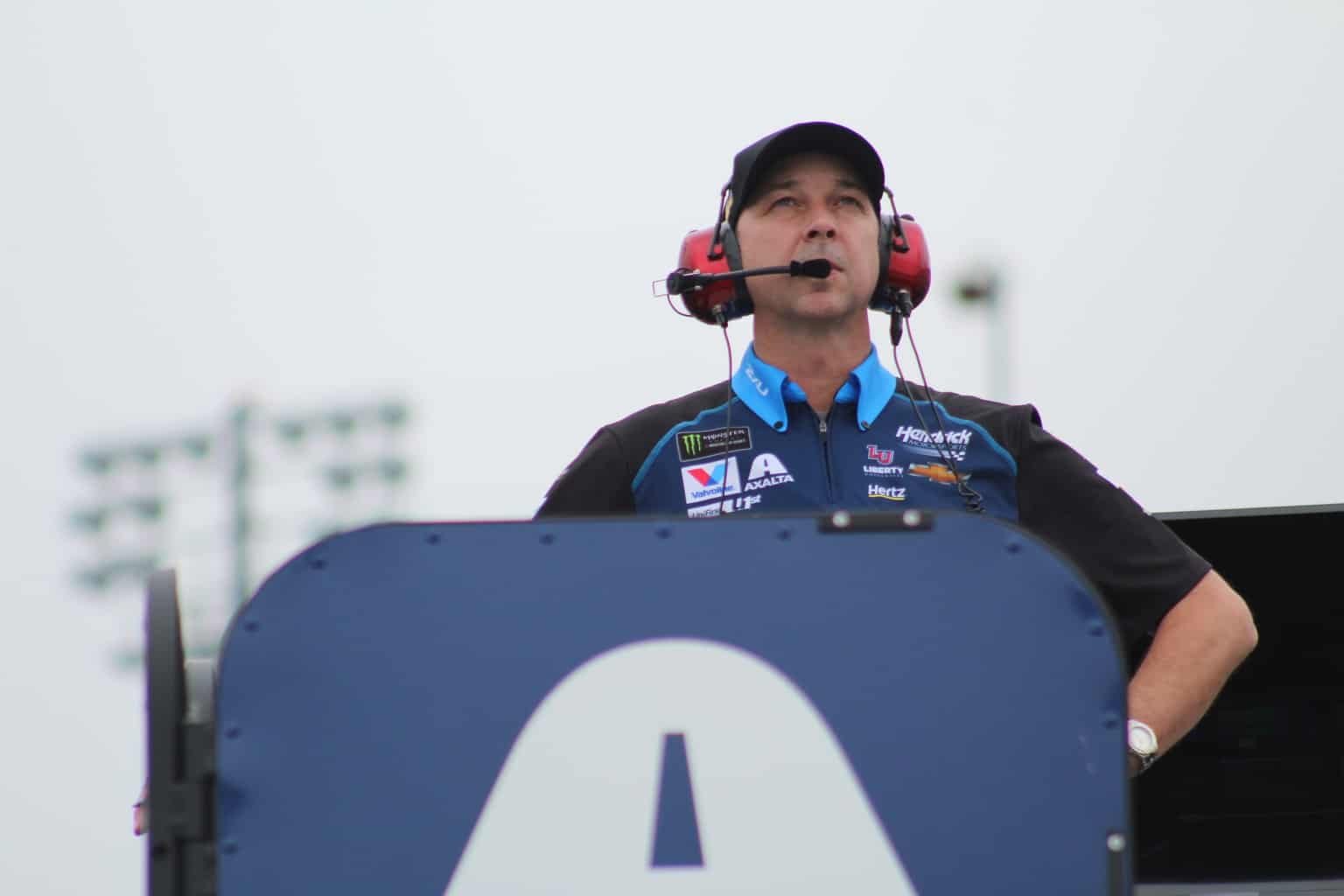 Chad Knaus’ 2020 season will be his final as crew chief for NASCAR Cup Series driver William Byron, as he will move to the role of vp of competition for Hendrick Motorsports, the team announced today, Sept. 29.

According to a statement from the team, Knaus will “oversee the technical development of Hendrick Motorsports’ entire stable of Chevrolet racecars, including its implementation of NASCAR’s 2022 Next Gen vehicle,” in addition to being “responsible for personnel dedicated to the organization’s four NASCAR Cup Series entries, including crew chiefs, pit crews, engineering, fabrication, assembly and other team-related staff.”

“When I started at Hendrick Motorsports (in 1993) working for Ray Evernham, my goal was to be a crew chief,” Knaus said in a team release. “Starting at a young age, I wanted to win every race we entered and battle for every championship… my competitive desire has not changed at all, but now I have a family that deserves my attention. This new executive role will allow me to compete in a different way with all four of our teams while spending more time with my wife and two young children.”

Knaus won seven Cup titles with Jimmie Johnson and is in his 19th full-time season as crew chief. He coached Johnson beginning with the driver’s rookie season all the way through 2018, winning titles from 2006-2010, along with the 2013 and 2016 championships and 81 total wins.

The 49-year-old also sits one title behind Dale Inman for the most by a crew chief in NASCAR history. He ranks third, behind Inman and Leonard Wood, on the all-time wins list.

“As we look to the years ahead, Jeff and Chad are going to play significant roles in our success,” team owner Rick Hendrick said in a statement. “They’re tremendous leaders who are respected within our organization and across the entire auto racing world. In addition, they each bring unique strengths and skillsets that will complement each other extremely well and benefit all of Hendrick Motorsports. We’re in the business of winning, and this combination is going to help us do just that.

“In life, it’s rare to witness true excellence first-hand, but that’s precisely what we’ve been treated to with Chad,” Hendrick added. “Today’s announcement is bittersweet because, in my opinion, he is the finest crew chief our sport has ever seen.”

I have learned a lot from Chad these last 2 years. Thanks for helping this team grow, win a race and make the playoffs 2 years in a row. pic.twitter.com/2tgkTsuJpF

Knaus and Byron scored their first win together at the most recent superspeedway race, Daytona International Speedway’s Coke Zero Sugar 400 in August. The pair has six more chances to get wins together, starting with Talladega Superspeedway this weekend.

What if Byron had won 6 or 7 races over the last to years… would his decision have been different. I am sure he was leaning toward the family for a while but had he had more success with Byron I would think it would be much harder to walk away.

I guess he gave up on Byron. I wonder how long HMS will keep him if he doesn’t improve his performance.

As an HMS fan – I wonder as well. That said – remember Byron is just 22. Also, recall the 24 team isn’t Jeff Gordon’s 24 team, it’s the 5 team with a different number…(huge difference in terms of how far behind that team was comparably). I’d say sponsorship will tell the tale – he has Liberty through 2021 but who knows how any fallout from their issues will impact that.. In any event – I wouldn’t make a move with a young driver with such upside at least until I see him in the new car.

Now he can cheat in the background instead of from the pit box.

Now he can spread his “expertise” to all the teams.