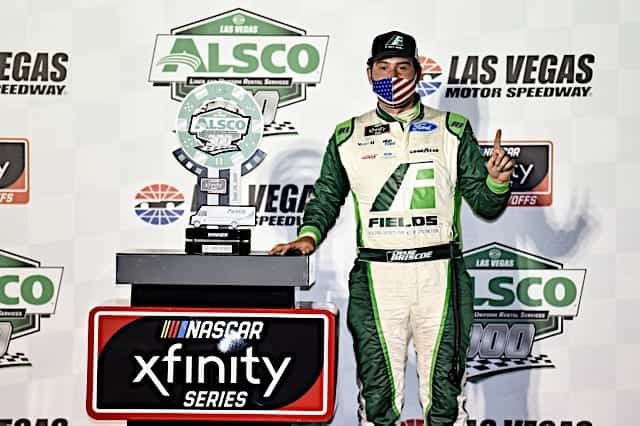 The second race in the NASCAR Xfinity Series’ Round of 12 is at Talladega Superspeedway, and Chase Briscoe will lead the way.

Briscoe earned the pole after dominating last week’s race at Las Vegas Motor Speedway, which locked him into the next round of the playoffs.

JR Motorsports’ Noah Gragson will start next to Briscoe on the front row. Austin Cindric begins third, while fellow JRM teammates Justin Allgaier and Daniel Hemric round out the top five.