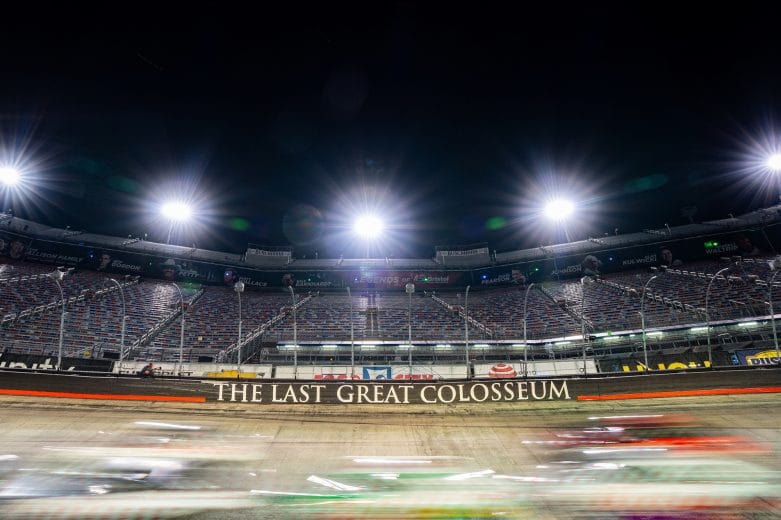 What were some good changes to the schedule?

It had been suggested by some reporters that the schedule may come in chunks, as the sanctioning body continues to operate in a COVID-19 world. This turned out not to be the case, with the full 36-race schedule unveiled, including its exhibition events.

The highlights really have to be the road courses. Three road courses were added to the Cup schedule, and while there is a case to be made that the series has too many road courses, the three new additions are all worthy of a date.

The week before the Coca-Cola 600, the former All-Star Race weekend will now pay host to a tripleheader weekend at Circuit of the Americas. COTA is one of the most beautiful facilities in the country, is in a fantastic location at Austin and the modified V8 Supercars layout that NASCAR will almost certainly use seems like a lot of fun. As the cherry on top, the race replaces a 500-mile snooze fest at Texas Motor Speedway. A great addition to the Cup circuit.

In 1956, Tim Flock won the only Cup race ever held in the rain, which coincidentally was the only ever Cup race at Road America until this year. This vulnerable road course in the heartland of America will host a Cup race on a vulnerable day in America, July 4. Road America has had some great Xfinity Series races in the past, and while the track is a bit big, it’s well worth the fewer amount of laps.

In August, the Cup Series will make its annual pilgrimage to the Indianapolis Motor Speedway. This time, however, the series will run on the road course. After the success of the NXS race a few months ago on that configuration, it’s not a surprise the trigger would be pulled here. The Brickyard 400 has always been a bad race propped up by the fact it was ran at Indianapolis. The oval just wasn’t designed for big, heavy stock cars. Neither is the road course, but at least there, it should be a fairly interesting race.

Races at Chicagoland Speedway and Kentucky Speedway were cut, removing both tracks from the NASCAR circuit entirely. Meanwhile, new second dates were given to two of the oldest speedways on the circuit, Darlington Raceway and Atlanta Motor Speedway.

While I’m not opposed to the idea of those two tracks getting second dates, I am opposed to the idea of those tracks getting them while other tracks vanish. I like variety, and while Kentucky was never that amazing a racetrack, it’s in a decent location and is a unique track. As is Chicagoland, which also doubles as probably the second best mile-and-a-half oval behind only Homestead-Miami Speedway.

What’s more is that both locations being cut means that so are jobs associated with those tracks, along with the local race fans being left out in the cold and with no alternative anywhere near driving distance. The more total racetracks that hold Cup dates, the better position the sport is in.

The spring race at Bristol Motor Speedway will now be contested on dirt. It’s a fringe idea dreamt up by some dumb Fox executive that should have never made it past the awkward-joke-over-lunch phase of negotiations. Cup cars have no business on dirt, let alone on some gimmicked up surface at a track that has no business hosting a dirt race. It’s not 1953 now; dirt cars put on good races because they were made for dirt. Modern Cup cars are too heavy and don’t produce enough horsepower to put on a good show, especially at a track that will be as narrow as Bristol.

There’s been some buzz hating the idea of the All-Star Race at Texas. Look, the All-Star Race is a nothingburger that is usually nothing more than a glorified practice session, with gimmicks galore and a race that people will forget who won 10 days later. It and Texas is a match made in heaven. And this allows the track to keep two Cup dates while having just one 500-mile points race. Great idea there.

Who can hang on at Talladega Superspeedway?

Kurt Busch’s surprise win at Las Vegas Motor Speedway, after entering the round with just one playoff point and as the 12th seed, has flipped the playoffs around.

Kyle Busch has gone from being a fairly safe pick to stay in the playoffs to now being in danger of elimination. If brother Kurt had finished second on Sunday, the younger Busch would be seven points ahead of the cutoff. Instead, the defending Cup champion is two points out, heading into two incredibly unpredictable races at Talladega and the Charlotte Motor Speedway ROVAL.

Kevin Harvick and Denny Hamlin are both fairly safe, both at least 45 points above Brad Keselowski in third. Unless both of these two drivers wreck very early on this weekend, expect both to join Kurt Busch in the next round almost by default.

It’s notable that all four drivers currently outside of the Round of 8 are all former superspeedway winners, with 2018 Daytona 500 champion Austin Dillon the lone driver of the four without a Talladega victory. The race around the cutoff line should be fun to watch in the closing laps this week, as all four could be reasonably considered as contenders for the win as long as they can survive until the end.

Will a united Chevrolet engine program be competitive?

It was announced this week that finally, after over 70 years of division, General Motors has finally (sort of) united in NASCAR circles.

The engine partnership is really the first of its kind between long time Chevrolet rivals Hendrick Motorsports and Richard Childress Racing. While Hendrick has taken the bowtie to heights never before seen in the last 25 years, RCR fans would remind you that the work of Dale Earnhardt and the No. 3 in the ’80s kickstarted Chevrolet’s run of consistent success in NASCAR.

But the old school rivalry between the two engine shops has definitely hurt Chevrolet, especially in the past few years. The united front of Toyota and, to a slightly lesser extent, Ford has overwhelmed GM’s flagship brand, with no drivers winning a championship in a Chevrolet since 2016 and no manufacturer championship for Chevrolet since 2015. The Camaro body introduced in 2018 has severely hurt Chevrolet, with only Chase Elliott showing any kind of consistent, race-after-race speed.

Uniting the two engine shops should assist with everybody finding speed. There have been races where the Hendrick drivers really seem to have a grip, while others where RCR has surprised, especially when it comes to qualifying. Trying to get their teams into the best possible position possible heading into the Next-Gen era in 2022 should be the focus of every manufacturer, but it’s crucial for Chevrolet due to how behind it’s been for years now.

The Chevrolet engine deal is all about efficiency. Saving money for both the manufacturer and the teams. Economy of scale and al that.
Will it be successful? Sure, how could it not be? Much like a single chassis supplier, same principle.

There are a lot of resources available in Pontiac MI at GM’s state of the art race engine facility. This has been under utilized by Nascar teams as they don’t want secrets shared between, what used to be, their biggest rivals. Its no longer which Chevy team will win on Sunday, but rather are any Chevy teams running well enough to have a chance of winning. This should have happened 15 years ago, when the last engine was developed. It was even dumber then…JGR also had an engine development group that developed their Chevy while covertly developing the engine for Toyota.
This will be a huge win for Chevrolet and will, hopefully, lead to eventual full consolidation of not just R&D, but a centralized, single engine test and development center similar to those that are winning today have.

I believe it’s the driver, all this will do is make Elliott better

I, too like variety, but Chicagoland Speedway’s demise is all about politics with plans in place to demo the facility and put something else in its place and Kentucky is a perennial snoozefest that drives the locals batty with all of the traffic congestion in that area of the state. I-71 is a major artery for truck traffic out of Cincinnati and race traffic causes major traffic hangups. Personally, I like Darlington getting a second date as it had been a staple for many years until The Chase came into being. Food for thought: maybe some of these venues changed because of COVID and uncertainty? As far as the Hendrick/Childress merger goes, it should make Chevy a contender, again and propel them back into the spotlight. Talledega? Always a crap shoot…