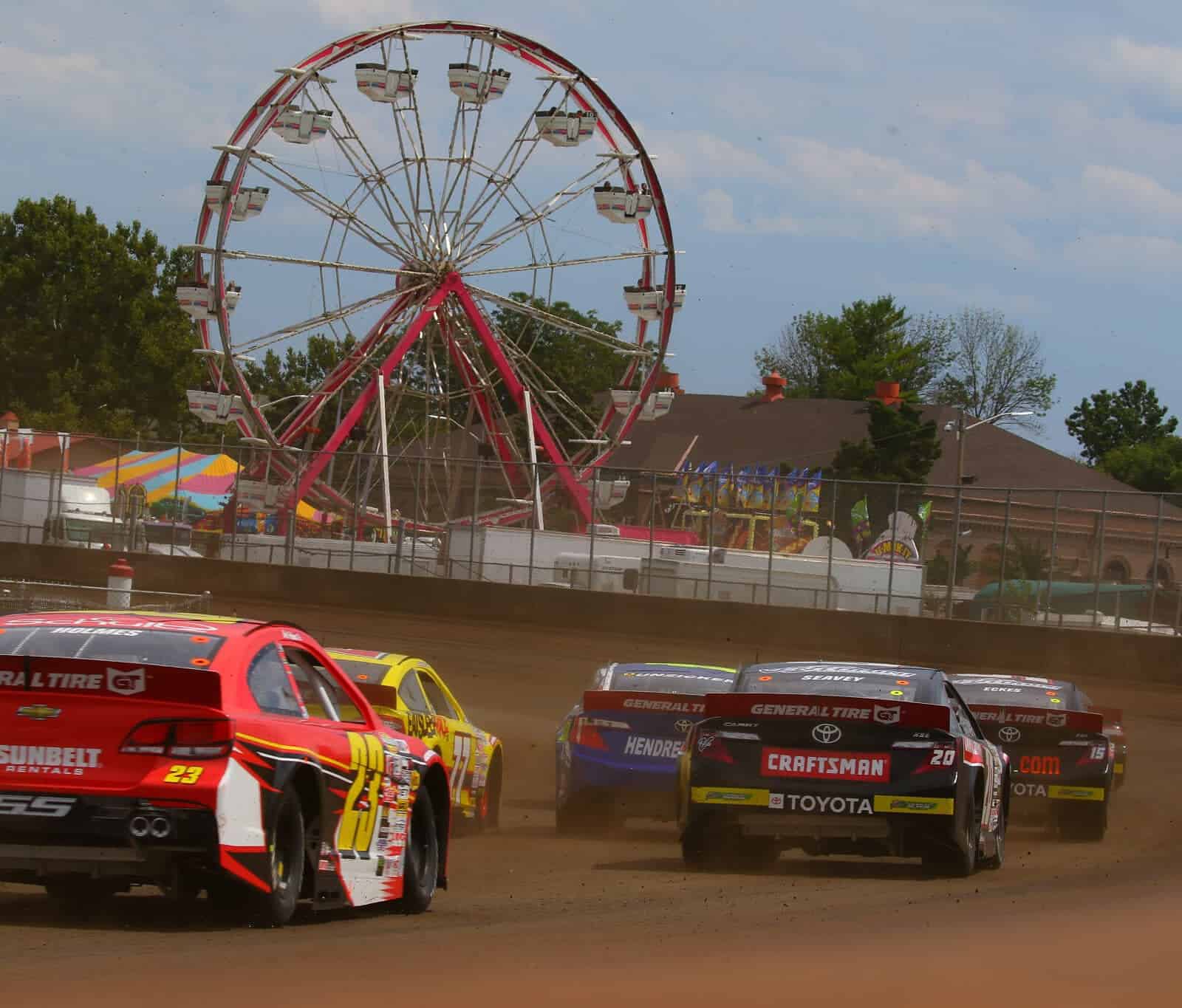 The race marks the sole race on dirt during the 2020 campaign and the second-to-last race of the 2020 season.

An heated points battled comes into the capital of Illinois, while others attempt to make the most out of their 2020 season.

Sunday’s race will be the 38th race at the Illinois State Fairgrounds. Since 2010, there have been 10 different drivers visiting victory lane, with current points runner-up Michael Self picking up the victory last season. In those 10 races, six winners have earned victories after starting eighth or worse. Sunday’s race could very well see another winner from deep in or outside the top 10.

Self picked up the victory in last season’s edition, leading 47 laps. 2019 ARCA champion Christian Eckes finished second, while Bret Holmes, Logan Seavey and Will Kimmel rounded out the top five. Holmes and Self are first and second in points, in that order, and enter Sunday’s race separated by just two points. The strong finishes by both in 2019 could translate into one of the closest battles for the championship entering Kansas Speedway in a very long time if a repeat is seen Sunday.

Hailie Deegan has earned one victory in the NASCAR K&N Pro Series West on dirt at the Las Vegas Motor Speedway dirt track last season and will look to translate that success on dirt in her dirt ARCA debut. Deegan currently holds a 19-point lead over fifth-place Drew Dollar in points and is 63 points behind Holmes.

Speaking of Dollar, he will be making his dirt debut this weekend. In 18 starts this season, he’s earned one victory, four top fives and 12 top 10s. Sitting solidly in fifth in points, Dollar can still catch Deegan for fourth in points and will look to lean on his Venturini Motorsports teammates Self and Corey Heim for notes and assistance on dirt.

Heim makes his return to ARCA after having a career night at Kansas earlier this season. He led 11 laps in this race last season with Chad Bryant Racing and finished an average of fifth in the two dirt races last season, with his best finish of third in this race. Heim will be a contender Sunday; after all, he has nothing to lose as a part-timer.

Ty Gibbs‘ finishing position had no reflection on his performance in last season’s race. Gibbs finished 15th after being involved in an incident with Joe Graf Jr. on lap 93 after leading 11 laps in the race. He picked up his eighth victory last weekend Memphis International Speedway and came up just short of his first championship victory in NASCAR. Gibbs will turn 18 on Sunday, marking him eligible for the season finale at Kansas. He’ll look to make a perfect 10 in the career win column.

Kelly Kovski makes his return to the ARCA Sunday, running for the 15th straight year. In 30 starts, all primarily on dirt, Kovski has a career-best finish of second at DuQuoin in 2016. Last season, Kovski finished fifth at Springfield and will look to play spoiler in ARCA’s semi-final race.

Ryan Unzicker will make his 20th start in the ARCA, running with Bill Hendren’s team. Much like Kovski, Unzicker has become a staple at the ARCA dirt events. His career-best finish came at Springfield in 2016, finishing third in a race that saw current NASCAR Xfinity Series playoff contender Justin Haley earn his first career victory. He finished in the top 10 in both races last season and will surely be there Sunday to pounce on any mistakes made in front of him.

Kimmel will make his 122nd start in ARCA this weekend. Though not much of an every week guy anymore, Kimmel can show up and make a statement at any time. He did so most recently at Springfield last season, finishing fifth. He tied his best finish on the dirt of DuQuoin in 2018 and also earned his first and only career pole at Springfield in 2017. If Kimmel can get there, he’ll prove that the Kimmel name is just as legendary as it’s always been.

The race will go live on MAVTV at 3 p.m. ET and will be streamed live on the NBC Sports Gold: Track Pass package.