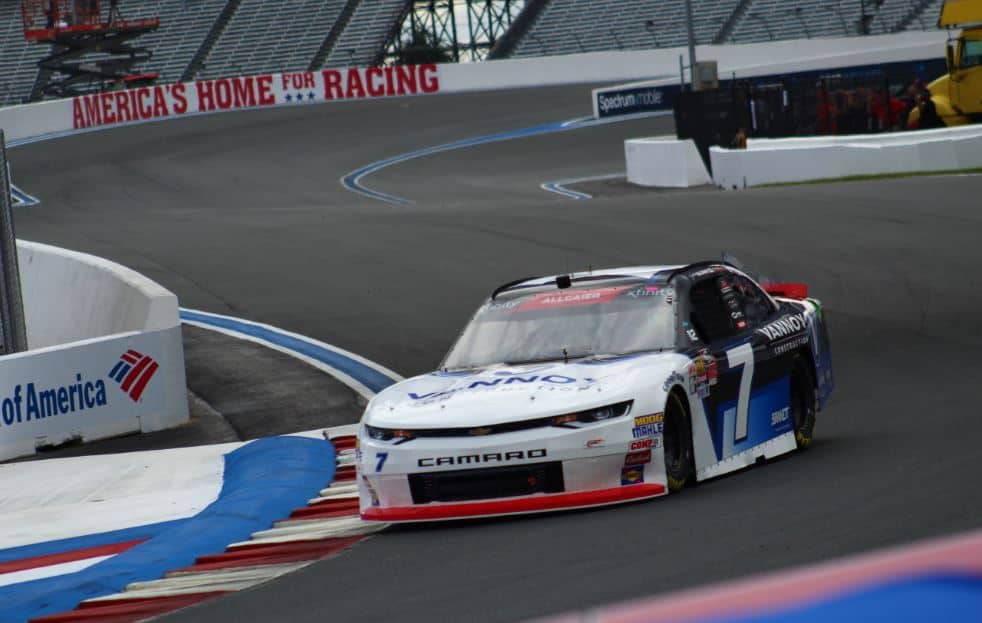 Thirty-eight drivers will race in the final NASCAR Xfinity Series road course race of its season in the Drive for the Cure 250 at the Charlotte Motor Speedway ROVAL.

Last year’s winner, AJ Allmendinger, will defend his victory behind the wheel of the No. 16 Kaulig Racing Chevrolet.

Kaz Grala will pilot the No. 21 Richard Childress Racing Chevrolet in his fifth start of this season and first since the Richmond Raceway doubleheader.

Daniel Hemric will make his second Xfinity Series start at the Charlotte ROVAL, this time driving the No. 8 JR Motorsports Chevrolet. Hemric finished 10th in the 2018 race.

Gray Gaulding will make his fifth start of this season, this time driving the No. 74 Mike Harmon Racing Chevrolet.

After not competing in the previous two Xfinity Series road course races, Brett Moffitt will drive the No. 02 Our Motorsports Chevrolet.

CJ McLaughlin returns to the series for the first time since the season-opening race at Daytona International Speedway, driving BJ McLeod Motorsports’ No. 99 after competing for RSS Racing at Daytona. Josh Bilicki will drive the team’s No. 78; Vinnie Miller, a full-timer for the organization, is currently not entered and would be missing his second race of the season.

Preston Pardus will make his fourth start of the year — all on road courses and with DGM Racing. This time, he’ll wheel the team’s No. 90 for the first time this season.

Cody Ware is entered for what would be his first Xfinity start of 2020 in a Rick Ware-owned No. 17, which would also be the number’s first entry of 2020.

Jade Buford returns in SS-Green Light Racing’s No. 07, having competed in other road racing events this season for the team and JD Motorsports with Gary Keller.