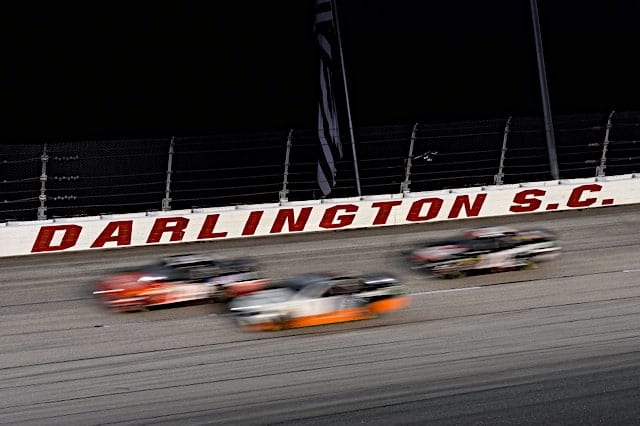 Wednesday was a big, big day for NASCAR.

I wrote in June that change is a beautiful thing, symbolizing the ideologies trickling down from NASCAR brass more than tangible alterations to the cars, package, schedule, etc. But once the full schedule for the 2021 NASCAR Cup Series season was officially unveiled, a gargantuan change was evident.

Five new venues, six total road course events, eliminating two intermediate tracks and adding the first dirt race in half a century. You don’t have to like all the changes (I don’t), but from an overall perspective, NASCAR isn’t just listening, it’s acting.

For years, fans and those in the industry alike have been clamoring for changes to the schedule. And for years, there have been none. But the lead-up to the 2021 schedule has always been filled with hype. A new dawn, of sorts.

And frankly, it delivered. Sure, there are a handful of changes that you may disagree with and would have done differently. But again, major steps in the right direction here. Let’s dissect some of them.

Moving Homestead-Miami Speedway from a random, middle-of-the-regular-season date to the second overall weekend and first non-superspeedway race gives it some sense of consequence. It matters again. Being arguably the best intermediate track NASCAR has, the move makes all the sense in the world.

Adding second races to both Darlington Raceway and Atlanta Motor Speedway is cool, too. Nothing earth shattering here, but I don’t think returning to the Lady In Black (with the 750-horsepower package, by the way) is something people will be upset about. As for the ATL, The Athletic‘s Jordan Bianchi noted in The Teardown that turning the facility into a short track in the future is a distinct possibility, mirroring Auto Club Speedway’s current plans. AMS denied the second date being a placeholder for another event down the road, but the possibility always remains.

On May 23, the Circuit of the Americas, widely accepted as the nicest facility for racing in the United States, will host all three national series. I know it’s been said before, but the thought of seeing 3,500-lb. stock cars barrel down into turn 1 at once and make a sharp left hander is something I’m really looking forward to, moreover them taking to the rest of the course. A new market in Austin, to boot, makes this one of the more highly anticipated moves on the 2021 slate.

Less than a month later, Texas Motor Speedway will host its first All-Star Race. On the surface, TMS hosting the event is rather bland, but when you realize it means only one 500-mile race at Texas, well, that’s exciting! Plus, say what you will about Eddie Gossage, but he’ll be sure to not make this flop. Format changes, eliminations, layouts, it’s all on the table. After all, they do it bigger in Texas.

The following week, Nashville Superspeedway (I don’t care if it’s a bigger Dover International Speedway, it’s a change and brings more life to an all important market for NASCAR) appears on the schedule for the first time in Cup history.

How does Road America on July 4 sound? Good? I agree! The second ever event at the Elkhart Lake, Wis., circuit is a perfect venue to celebrate Independence Day. Plus, the Xfinity Series races the past few years have been among the best when it comes to stock cars on road courses. A long time coming, but finally Road America is back.

As is Indianapolis Motor Speedway, except with a facelift (or whatever the opposite of a facelift is, if you please). Instead of racing on the famed oval, the road course will be utilized for the Cup cars. Xfinity raced on it for the first time earlier this summer and it went well, and it’s no secret that NASCAR and the Indianapolis oval don’t mix well. In a perfect world, Lucas Oil Raceway would be in tip-top shape and ready to host a Cup race, but this world is anything but. We’ll keep dreaming.

The only doubleheader weekend is at Pocono Raceway, who had the only scheduled doubleheader weekend entering 2020, before the COVID-19 pandemic forced the sanctioning body to adapt quickly. No midweek races are scheduled either, which is a result of low TV ratings as well as FOX and NBC paying billions for a prime slot, which happens to be Sunday afternoons.

I would say last but certainly not least is the spring Bristol Motor Speedway race being run on dirt, but frankly, it is the least appealing change. Look, I understand FOX has been asking for a dirt race for some time now. But it shouldn’t come at the expense of a Bristol race, specifically the one that just this season was rated as No. 1 (!) in Jeff Gluck’s “Was It a Good Race” poll.

Three of the top four races in that poll have some at Bristol. If you don’t think those polls should hold merit, then you should take it up with NASCAR’s Steve O’Donnell, who is on record saying he looks at them to gauge fan interest and feedback.

Speedway Motorsports didn’t want to give up a date, hence why it’s turning one of its facilities into a dirt track. Plus, having comfortable seating, pit road and suites for guests are important to the success of a race weekend.

But isn’t it the same company that is leasing COTA? And isn’t NASCAR leasing Road America?

Why can’t SMI lease a proper, purpose-built dirt track like, oh, I don’t know, Knoxville Raceway, Eldora Speedway, DuQuion State Fairgrounds Racetrack, the Springfield Mile or any other of the HUNDREDS of dirt tracks across the country?

I’m no dirt expert. and I don’t pretend to be. But this move just ain’t it. Even if it’s a success, I still will be in the camp of not turning the best short track NASCAR has into a muddy mess. I’ll be hoping it goes swimmingly, though, just as Brad Keselowski said during Zoom availability today (Oct. 1).

“I think we should just enjoy the novelty of it, let it be fun, and hopefully the details will work out,” he said. “If they don’t, at least it’s not a playoff race.”

The wise words of Mr. Keselowski have calmed me down… for the moment.

Overall, NASCAR should be commended for coming together to create a refreshing, different schedule for 2021. And if Ben Kennedy’s and O’Donnell’s words on the future were any indication, it appears we’re just getting started.

Some top #NASCAR brass speaking with the media now.@BenKennedy33: "We want to continue to introduce new tracks to the circuit. Short racks and road courses are always important to our fans."@odsteve: "2021 is a real bold step. We'll be looking to make more changes (in 2022)." pic.twitter.com/1lmMilgzmL

Gonna be a lot of “first times” next year. Throw in the SRX series and 2021 should be an interesting year for race fans. You writers who cover the sport should have a lot to write about next year.

I agree that most of the changes are worth a hard look. Unfortunately, dirt at Bristol is just another gimmick, taking away a race that was already good. we’ll see. at least they are finally willing to do womething different.