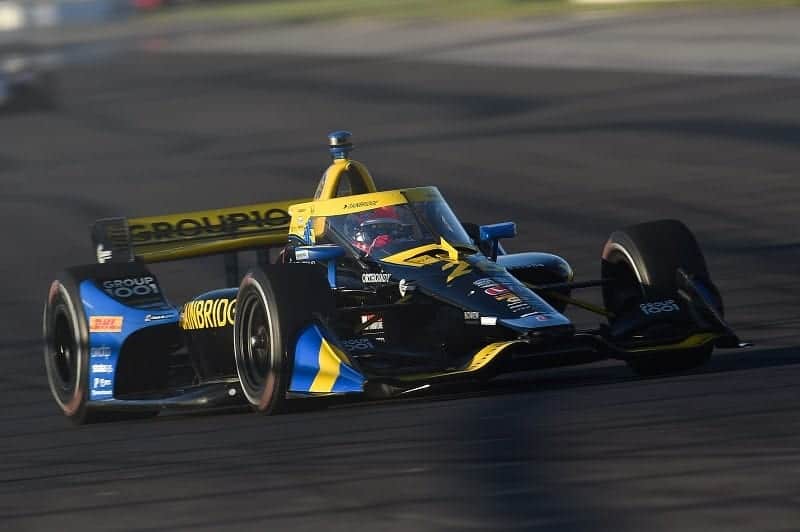 The 2020 Harvest GP (or Harvest Grand Prix) is the first time the NTT IndyCar Series has visited the Indianapolis Motor Speedway road course more than once in a season. Being a doubleheader (Oct. 2-3), it will actually be the season’s second and third races on the IMS road track as well as two of the 2020 IndyCar season’s final three events.

With that in mind, there’s automatically much to play for. The majority of championship points will be handed out this weekend, drivers are already gunning for 2021 race seats, and IndyCar is welcoming fans back to Indianapolis Motor Speedway for the first time. What’s not to get excited about?

Look closer at this weekend’s race in our 2020 Harvest GP preview.

How to watch: The race airs on USA Network at 3:30 p.m. ET/12:30 p.m. PT. Fans can also stream live timing and scoring through INDYCAR Race Control.

What happened last time out: This is the inaugural Harvest GP, so there are no 2019 results to go by. However, the last time IndyCar raced here was less than three months ago with the 2020 GMR Grand Prix. That race, on July 4, was Scott Dixon‘s third straight victory to open the 2020 IndyCar season. Graham Rahal and Simon Pagenaud completed the podium.

What to watch for: Dixon’s ongoing battle with Josef Newgarden will be front and center as the bulk of the points left on offer will be handed out this weekend. By virtue of the non-knockout qualifying, Newgarden will start the first race Friday in second while Dixon is all the way back in 12th place. The five-time champ is already coming off a Mid-Ohio weekend that should have been much better; he can’t allow Newgarden to stay in front of him and continue to chip away at his points lead.

Plus, for reasons unknown, the first day of the 2020 Harvest GP is not airing on NBCSN or NBC, but cable network USA. That could cause all kinds of problems. Normally if an IndyCar race gets bumped by NBC Sports it ends up on CNBC. USA viewers are more likely to be looking for a rerun of Law & Order: SVU than motorsports. How many people will forget the race is on USA or forget that it’s on Friday? How many may not even get USA in their cable package? This is a weird move, and it’ll be interesting to see how it pans out.

Drivers to watch: There are three former full-time NTT IndyCar Series drivers joining the grid for this doubleheader, with two of them competing to land full-time rides again in 2021. Helio Castroneves and James Hinchcliffe are auditioning here; Castroneves is looking for a new gig with the Acura Team Penske IMSA program ending and Hinch replaces Zach Veach in the No. 26 Andretti Autosport entry. Will he deliver the improvement over Veach that Andretti is expecting? Will Castroneves impress in his first non-Team Penske IndyCar outing in a very long time?

Sebastien Bourdais already has his 2021 plans sewn up but thanks to the COVID-19 pandemic this will be his first time back in an Indy car this season. How will the veteran Bourdais mix it up with the crop of younger drivers who have emerged in his absence? Him driving against someone like Santino Ferrucci, who replaced Bourdais in the No. 18 car, could create immediate fireworks.

None of the returning drivers particularly impressed in qualifying, though. Bourdais owns the best spot of the three in Friday’s race, starting 16th while Castroneves and Hinchcliffe will roll off 18th and 19th respectively. Look for them all to make moves early as they attempt to better not only their race results but their long-term stock.