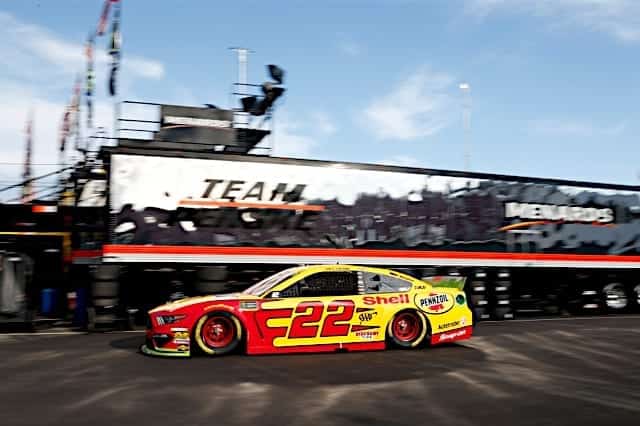 Predicting the winner at Talladega Superspeedway is like trying to pick a random number off a bingo card. The sport’s most unpredictable race means it’s a difficult task to set your NASCAR FanDuel lineup for Sunday’s (Oct. 4) YellaWood 500.

The middle event inside the Round of 12 will provide some action as there is a 18-point spread from third in points to the first driver below the cutline in ninth. Some title contenders, like Denny Hamlin and Kevin Harvick, may ride in the back and take it easy. Others will take all the risks they can to collect stage points and earn a great result. Note accordingly and fill your roster with those willing to earn you bonus points. Someone like Austin Dillon, who may need a win to advance in the playoffs, can’t afford to spend all day running in the back.

But as with any race at ‘Dega… there is risk. In the blink of an eye, the Big One could wipe out half the field and leave your entire roster sitting on the sidelines. So often here, a race-winning car turns into mangled sheet metal with spectacular wrecks that are simply unavoidable. More than any other track on the circuit, Lady Luck plays a role and simply having all your drivers survive to the finish is a great accomplishment.

After a dismal Round of 16, Blaney will look to make a statement as he looks ahead to 2021. The Team Penske driver has won the last two Talladega Cup races and the superspeedway is clearly one of his better tracks. Already, despite a short career Blaney is ninth among active drivers in laps led at Talladega (153); that’s also the most among active drivers with less than 20 starts.

After a rough couple of weeks, Blaney scored a top 10 at Las Vegas Motor Speedway last Sunday and enters the weekend with momentum. Even though they’re knocked out of the playoffs, the No. 12 Ford team can still play spoiler. Starting 14th, Blaney will look to make it three straight wins, an incredible feat considering the role luck plays here.

There is a common thread with some of these picks as the Penske team has performed well at Talladega. Among active drivers, Jimmie Johnson is the only non-Ford one to win multiple races at this track. Logano is second on that list of active wins behind his teammate, Brad Keselowski.

The 2020 season has been overshadowed by other title contenders, but Logano is having a good season besides a summer slump. The June Talladega race was right in the middle of that as he finished a mediocre 17th. Don’t be fooled; even though he did not perform well, Logano’s last race at Talladega was more of an outlier than a trend. He has led laps in nine of the last 10 races at this track, leading 20+ laps in six of them.

Trying to secure his spot within the Round of 8, Logano will roll off from the eighth starting spot. It puts him in good position to get up front early and he’s a good front-end pick for your roster.

Hamlin comes into Talladega only three points behind leader Harvick. Like Blaney, Hamlin rebounded at LVMS (third) after a shaky first round that included no top-10 results. Luckily, Hamlin’s six wins this season allowed him to advance with ease.

Can the No. 11 Toyota driver get it together at Talladega? He’s got back-to-back top-five finishes here for the first time since 2007-08. In June, he led 18 laps, becoming a factor for the win late before ultimately finishing fourth.

Looking to add to his restrictor-plate racing resumé after three wins in the Daytona 500, Hamlin will look for win number two at Talladega from the pole position.

The Rocket Man has been either quietly successful or makes headlines with his bad luck at Talladega. Newman has been involved in multiple flips at superspeedways throughout his career, most notably in this February’s Daytona 500. It gives you the impression these types of tracks aren’t Newman’s strong suit.

But those spectacular moments obscure the fact Newman has finished top 10 in about 40 percent of his starts here. He has also finished second twice at Talladega, including with his current No. 6 Roush Fenway Racing team. Don’t underestimate him as a good gamble, starting from the 19th position on Sunday.

The other Penske-related car to be knocked out of the playoffs was Matt DiBenedetto. However, the Wood Brothers Racing team fought back hard last weekend, pulling off a runner-up finish at LVMS. It’s the third second-place finish of his Cup career as Matty D fights for his contract renewal in 2021.

Now, DiBenedetto has another chance to break through considering his pack racing expertise. At the 2018 Daytona 500, he led the most laps in an underfunded Leavine Family Racing car before a late wreck took him out.

Even though DiBenedetto’s career is not flashy at Talladega, he can lean on Penske’s satellite teams to succeed. Add in Talladega’s unpredictable nature and a Cinderella upset isn’t out of the question. No matter what, DiBenedetto can easily score a top 10 and will roll off from the 13th spot.