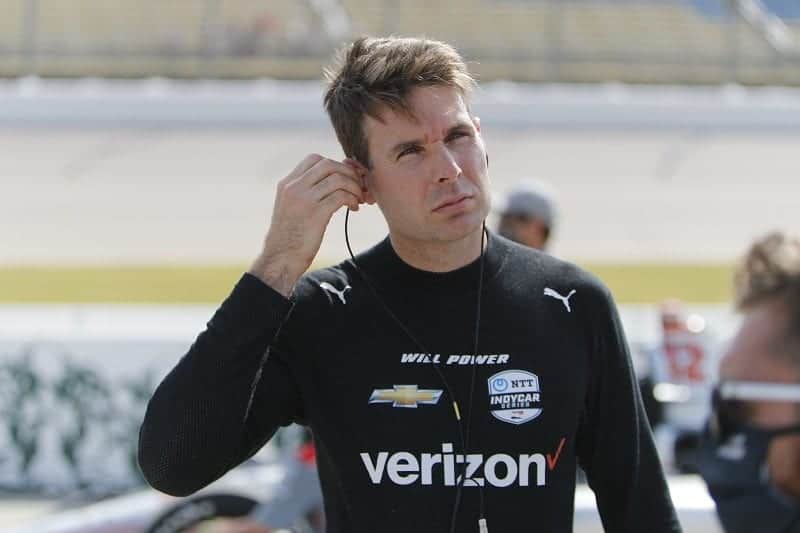 Race 2 of the NTT IndyCar Series’ Harvest Grand Prix was set to be a tale of two storylines: that of the race winner and that of the championship battle. Team Penske’s Will Power led the field from pole position. Meanwhile, championship contenders Scott Dixon and Josef Newgarden duked it out in the middle of the field. It wasn’t the day either driver would have hoped for heading into the finale at St. Petersburg — but Power certainly was happy to get another win under his belt.

“It was good not to get caught by a yellow or something strange like that,” he said, referencing a year of bad luck and little mistakes. “The boys made good stops. We had a good car. We improved on it from yesterday. I just pushed hard all race. Fantastic day.”

After a miserable Friday, Power secured pole position on Saturday and led the field to the green flag with an early jump. It was a clean first lap, with Newgarden and Dixon battling in 11th and 12.

Once again, early pit stops started on lap 10 with Andretti Autosport’s Ryan Hunter-Reay one of the first competitors to take new tires and fuel. He largely came in due to contact with Dixon. He had no damage.

Before lap 15, Dixon was spotted to have damage. There was a hole in the undertray of the car, which slowed it on straightaways. While Mike Hull denied that there was damage to the car, it was obvious that he was slowing down in the thick of competition.

Meanwhile, Newgarden began carving his way through the pack. He and Dixon were part of the frontrunning group that began pitting on laps 25 and 26. Neither driver lost time in the pits, but it was notable that Dixon’s crew opted against repairing the No. 9’s damage.

That said, Dixon is a strong driver, and he was able to crawl back up through the grid despite his damage. By the halfway point, Dixon was in eighth place with Newgarden in fifth.

Final stops came after lap 50. Most stops were clean, but with so many cars warming up on track at once, Newgarden almost made contact with Patricio O’Ward. Power continued leading the field, but he was slowed down by Marco Andretti, who he was working to lap.

Second-place Alexander Rossi was thus able to chop down the gap between them, but he had Colton Herta to contend with. Herta once again proved the he was the strongest of the Andretti cars, passing his teammate easily and closing the gap to Power in the last 10 laps. It proved to be a battle of tire strategy, as almost everyone’s tires had worn out.

Unfortunately, the lapped Conor Daly got in Herta’s way, forcing the latter driver to make an evasive maneuver, which dashed Herta’s ability to make a pass before the end of the race.

Power, Herta, and Rossi crossed the line to make up the podium. Newgarden and O’Ward rounded out the top five.

“The tires had gone away,” Power said of his last 20 laps. “It was a very tough battle [with Herta]. I had to work very hard to keep him behind, and Marco didn’t make it easy. I’m just so happy the Verizon Chevy is in victory lane again. We had two Hondas trying to attack us there.”

Power’s win sees him tied with Al Unser on the all-time wins list, both drivers with 39 victories under their belt.

Third-place finisher Rossi was in a much better mood after the second race of the Harvest Grand Prix, not falling afoul of any penalties this time around.

“It’s been a boost — we’ve needed that,” he acknowledged. “We were the only car there on the last stint on primaries. We had really good pace in the second stint on blacks. Ultimately, this place is red heavy. I don’t know that anyone ever had anything for Will today. It’s just good to have a teammate on the podium.”

With Dixon finishing back in eighth place, he was unable to secure the points lead he would have needed over Newgarden to clinch his championship. As the IndyCar series heads into the last race of the year, Newgarden trails Dixon by a mere 32 points.

Dixon, on the other hand, recognized that he and the No. 9 crew will have their work cut out for them, even if he did maintain a positive outlook.

“It’s nice still to be on the leading side of the points at this stage,” he said. “It’s still a good margin. At St. Pete, Newgarden has to win all the bonus points to get us.”