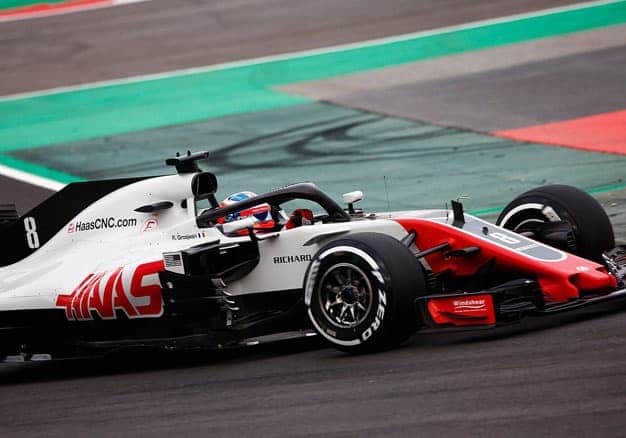 It’s become very apparent that Haas F1 is getting tired of their two underperforming drivers, Romain Grosjean and Kevin Magnussen. The team has nosedived down the grid from at one point being fifth in the standings and contending for points, to now being relegated at the back with the likes of Williams and Alfa Romeo.

Team owner Gene Haas was contemplating pulling the plug on the team after 2020 by not signing the Concorde Agreement. Citing the team’s sinking performance and unrest between the driver and team principal Guenther Steiner, it seemed F1’s first American team in decades might only last five seasons.

However, by luck or divine intervention, Haas will remain on the grid and so will his team.

It would come as no surprise that the American outlet will look to clean house and start fresh, ousting Grosjean and Magnussen for someone new. Who could they look at for the 2021 season? While anything is possible in F1, here are five logical options as to who might take a seat in Haas F1 next year.

A legendary name in the world of motorsports, F1 hasn’t seen a Fittipaldi behind the wheel since Emerson Fittipaldi ended his career in 1980. But for the 24-year-old American-born Brazilian racer, the pairing with Haas would be a match made in heaven.

Pietro has raced everything from late model stock cars to endurance cars to IndyCar and even served as the Haas F1 team’s test and reserve driver in 2019-20. He has been linked to the Ferrari development camp since about 2014, despite not officially joining the academy. However, his brother Enzo did.

What makes this move make sense for Haas is the fact Fittipaldi knows the cars. Being the team’s test and reserve driver, Fittipaldi has spent a ton of time in cars both in the factory and on track. He also brings with him the legendary backing of one of motorsports’ most iconic families, the name alone is one that will score major points with fans across the globe. In terms of funding, it is unclear if Fittipaldi has any substantial backing, but the name brand alone means it shouldn’t be a tough sell.

Running in Formula 2 for the UNI-Virtuosi Racing Team, most pundits might have forgotten that Ilott exists. With F1 having some fierce competition among the five other Ferrari Academy drivers, Ilott’s successes have flown under the radar.

Set to participate in his first F1 practice session at the 2020 Eifel Grand Prix in Germany, the 21-year-old British driver has been setting the world of F2 alight. Ilott has three wins this season and sits second in the drivers standings. What makes Ilott a good choice for Haas is that he has proved himself at a junior level, unlike Fittipaldi. However, Ilott has only recorded one season of winning. That hasn’t stopped anyone before and it shouldn’t stop Ilott, as the youngster will look to bring his F2 knowledge as well as his skill to finally prove himself on a grander scale.

While some people might conclude that Mick Schumacher is the logical choice over Ilott, it seems more and more clear that Schumacher will take the place of Kimi Raikkonen at Alfa Romeo Racing as that team is more closely linked to Ferrari. It would be exciting to see both Schumacher and Ilott battle it out on Sundays to see who will progress the ladder faster.

The final young driver on the list, Deletraz is the son of former F1 racer Jean-Denis Deletraz. He joined Haas’ development program in 2018 for a test session at Abu Dhabi, finishing over 117 laps. Haas promoted Deletraz to the team’s official simulator driver for 2019.

For 2020, the Swiss rookie was again promoted to serve at a test driver for the 2020 season alongside Fittipaldi. Although Deletraz doesn’t have any F2 wins, that hasn’t stopped anyone before from rising the ranks of F1. While I think Deletraz is the most unlikely option, the one major thing he has going for him is that he has the most diverse portfolio of experience with the Haas team.

It’s most likely he will be back in F2 for 2021, but stranger things have happened.

After being kicked out of Renault to make room for the incoming Esteban Ocon, it left a sour taste in the mouth of Hulkenburg. Sitting out for the beginning of the 2020 season, Racing Point would bring in Hulkenburg to drive in relief of Sergio Perez after he tested positive for COVID-19.

He impressed so much that nearly every team with an available seat is looking at picking him up, with ALFA-Romeo being listed as a rumoured front runner. However, Haas could make a push to bring in Hulkenburg to help develop their cars and possibly develop a young driver like Ilott, Fittipaldi or Deletraz.

Hulkenburg would be a fantastic addition for the Haas team, especially due to the new cars arriving next season. Although he has never won in F1, Hulkenburg is one of the best drivers currently rideless. He has stated he wants a chance to drive in F1 again, and driving for Haas could earn himself the opportunity to contend in the future.

It was shocking to see Perez get the boot from his already contracted seat at Racing Point, but when a team has the chance to bring Sebastian Vettel and your second driver is the son of the team owner, your fate is pretty much sealed.

While Perez said he doesn’t want to drive for a backmarker, with the limited amount of seats in F1, if Perez really wants to continue to drive, he will have to suck it up and take any chance he can get. After all, Perez also has no F1 wins or even podiums. While Perez is a driver who hasn’t been linked to any teams, it is likely he could find himself in the Red Bull camp if he doesn’t sign elsewhere.

If Haas can nab Perez, it would be an extremely good find. His expertise and skill is a noteworthy talent, as well has his knack for not crashing. However, the lack of reliability at Haas could serve as a huge hurdle for Perez to join the team.

Who Do I Think Will Join Haas?

In my opinion, I think the most likely option if they choose to dump both drivers would be Fittipaldi and Hulkenburg.

A rookie and a veteran would be a perfect combo to help grow the team. Those two could easily form a great partnership together, and should Haas change their power unit, it could bring a rise back up the grid. My prediction could be spot on or dead wrong, but only time will tell.

Think that based strictly on talent Hulkenburg is an easy choice. However if I remember correctly his height may be a drawback. Dont know if they would have to construct a special chassis or not, but if they do that would be a drawback.

Haas should clean house, Gunther included. This time try all Americans. It will make F1 elitists feel good to see them struggle.