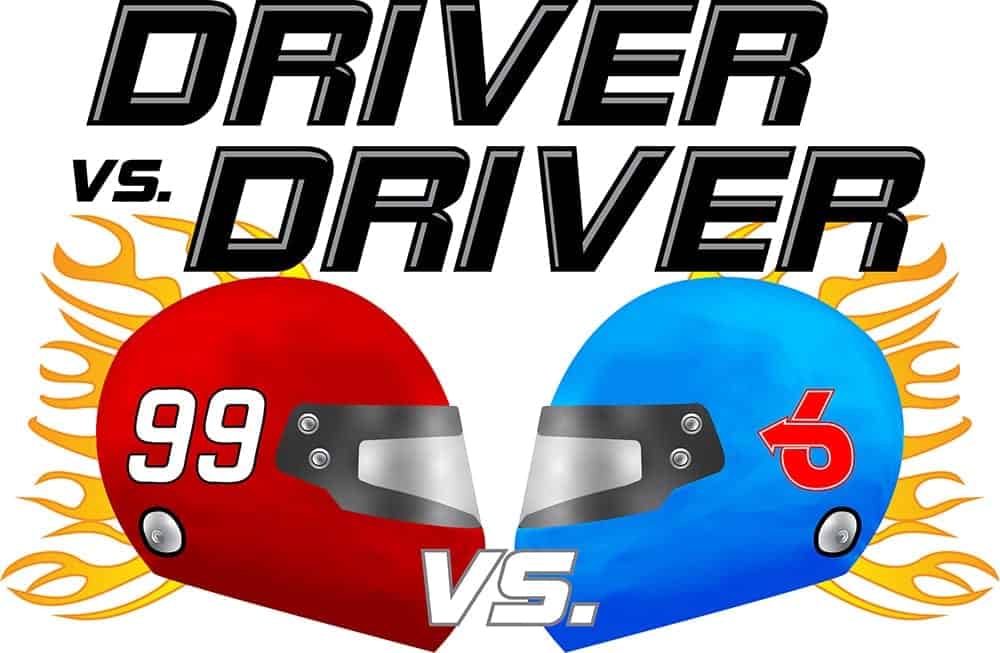 NASCAR’s Cup Series is the top of the heap, right? It’s the series that most drivers aspire to, certainly, but not everybody.

In October, our driver matchups come from the NASCAR Xfinity Series. The series in its current incarnation took the green flag in 1982, and since then several drivers have been standouts, having their most success in NASCAR’s second series.

The rules are simple: drivers’ careers must overlap and be otherwise comparable. That’s it; from there it’s up to the ages to determine who’s top dog.

This week, we have a battle between two drivers with more than 20 wins as series regulars; only Hall of Famer Jack Ingram has more while running primarily in this series for his career. They also both happen to be named Tommy: Tommy Houston won 24 races and finished in the top five in driver points seven times. 1988 series champion Tommy Ellis accrued 22 career wins. Neither driver ever ran a full season in the Cup Series, but made their marks on the sport nonetheless.

But who was better?

Toughness, talent and grit. Those are words you can use to describe the NASCAR Xfinity Series in the 1980s and 1990s. Two of the most iconic names in that division during that time were Tommy Houston and Tommy Ellis. While both drivers performed to almost identical in the statistics, longevity and consistency give Houston the slight edge.

If you were running a short track race in the Xfinity Series during that time, you knew that Houston was a driver with whom you knew you were going to have to contend. From his first series victory in 1982 at Richmond Raceway to his final series victory at Hickory Motor Speedway in 1992, Houston was as fierce of a competitor as there was in the series.

To put into perspective just how good he was, when he retired in 1996 only Jack Ingram topped him in victories in the division, and that fact stood until the mid-2000s. Think of all the success Dale Earnhardt Jr. had in the Xfinity Series, and yet he has only tied Houston’s win total, and that’s with Earnhardt being in premier equipment the entire time.

It wasn’t only his success that made him standout but his longevity. Not until Jason Keller in the mid-2000s had anyone had more starts in NASCAR’s second division than Houston. He also set an amazing record, firing his engine in every Xfinity race from February 1982 through March 1994. In the later part of his career, he even won races while owning his own team and doing it against teams with much bigger budgets than his.

His success even showed up in the point standings. He finished in the top 10 in the standings in nine of his first 10 seasons, including a runner-up finish in 1989 to Rob Moroso. Moroso drove for one of the bigger-budget teams that came to the series later in Houston’s career. His father Dick was an extremely successful business man from Connecticut and he funded his son’s racing career almost from the start, including a Cup effort in 1990 before Rob tragically passed away in the middle of that season.

The fact that Houston even competed with the Moroso team for the title was impressive. He lost the championship by a mere 55 points. As the seasons went on more and more teams like Moroso’s came into the series, and through it all, Houston remained one of the most respected competitors on the circuit.

Despite all those accolades, nothing will top the night he earned his 24th and final victory in the series on April 18, 1992. In a race filled with cautions — 26, in fact, still a series record — Houston was able to survive and pull into victory lane. However, the hurdles for all the competitors was treacherous track conditions and the flurry of caution flags. It was the survival of the toughest, and in Houston’s case that’s a race in which he could beat anyone.

As if those obstacles weren’t enough, on the Thursday before the event, Oren Houston, Tommy’s 82-year-old father, had passed away. He missed qualifying to grieve with his family and had to start at the rear of the field for the 300-lap event. Through all the chaos and heartache, Houston was able to come through and break a 50-race winless streak. In victory, he thanked God in victory lane and said, “I hope he’s watching after my dad.”

Brett Favre gets credit for his miraculous performance on a Monday night shortly after his dad’s death, and Houston’s situation was no different. After the victory, the family headed home and buried Oren the following day.

If that doesn’t put Houston a few ticks up on your list, I don’t know what will. He retired as one of the greatest drivers to ever grace the Xfinity Series, including an impressive eight victories at Hickory.

Sure, he never got his championship, but he has more wins, top fives and top-10 finishes than Ellis, and he did a lot of that running in his own deal. While both drivers are legendary names when discussing the history of NASCAR’s second division, Houston gets the nod. ~Clayton Caldwell

Tommy Ellis was an old-school racer who brought a new-school flare every time he got on the track. He raced in the Cup Series for a short while, earning a moderate amount of success. But it was the Xfinity Series in which he shined the brightest, paying off with a championship in 1988, 22 career wins and much more.

Even though he competed full time in the series for just five seasons, Ellis did well enough to earn his reputation as a stout, championship-winning competitor.

During the early to mid-‘80s, the Big 4 of the Xfinity Series had to be Sam Ard, Jack Ingram, Ellis and Tommy Houston. Ingram and Ard may have been power duo of that era, but Ellis and Houston weren’t too far behind.

Ellis won at Langley Speedway and ranked third in the series’ inaugural 1982 season, with Houston coming behind him in fourth. Numerically speaking, 1983 was Ellis’ best season. He scored seven wins, 16 top fives, 21 top 10s, seven poles and led over 1,500 laps. He joined Ingram and Ard as the only three drivers to score five or more wins that season. But he was ultimately no match for how strong Ard had been that year. He finished fourth in the standings, while Houston finished one spot better in third.

Between 1984 and 1987, he cut back his Xfinity schedule to focus more on the opportunities he was given in the Cup Series. He returned to full-time Xfinity competition in 1988, stepping into his famed No. 99 Buick for the first time. This time, the monkey was shaken off his back. The 41-year-old Ellis scored three wins, 12 top fives and 20 top 10s to defeat Rob Moroso for his first and only series championship. Houston finished fifth in a too-little, too-late effort to catch Ellis for the crown.

Ellis collected four more wins between 1989 and 1990, including the inaugural series event at New Hampshire Motor Speedway, and then competed on a part-time basis through 1995 before calling it quits on a decorated career.

In this battle, Ellis has proven why he’s the better driver over Houston. He’s got that championship to keep for life. And being a 22-time winner is a noble accomplishment as well.

I do wonder: what if he chose to bypass his opportunities in the Cup Series and instead chose to devote more time to the Xfinity Series and rack up more success? Houston has 182 more starts than Ellis. Give him that extra 182 starts, and he could’ve done many more wonders and furthermore carve his place into NASCAR greatness. ~Jesse Johnston

They were both racing legends before they raced in the Busch series. Don’t championships before 1980 count? This article doesn’t do them justice, just like Sam Ard and Jack Ingram. Just like you can’t just use Cup stats for drivers like Mark Martin, Rusty Wallace or Geoff Bodine and their success in other series. If Ellis did have those extra 182 starts his stats would be a lot different.