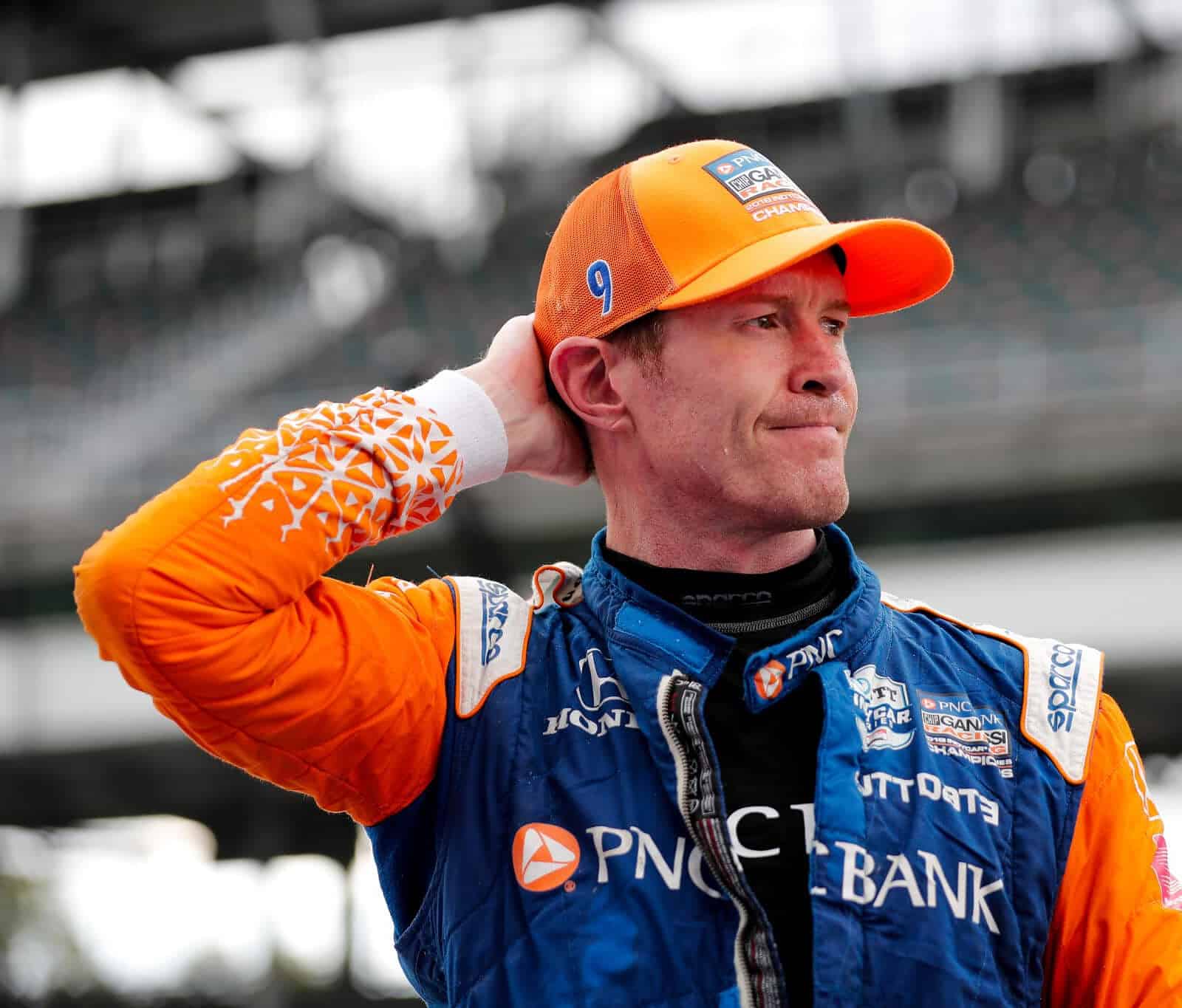 The 2020 Harvest Grand Prix doubleheader at the Indianapolis Motor Speedway road course (Oct. 2-3) was one of the cleanest events the NTT IndyCar Series has seen so far this year. Both events avoided yellow flags, and very few drivers had the kind of disastrous weekend that has haunted the series this year.

So in this edition of Backmarker Blues, we take a look at the IndyCar drivers who could have gotten a little bit more out of their Harvest Grand Prix weekend. And more importantly, we look at how those drivers can improve ahead of the 2020 season finale at the Grand Prix of St. Petersburg (Oct. 25).

Dale Coyne Racing driver Santino Ferrucci has made some frequent appearances on this list for a variety of different reasons: a slow stop, a mechanical problem, or contact. At the Harvest Grand Prix, it was the latter.

In Friday’s race, Ferrucci was running well and battling Ryan Hunter-Reay for position when Hunter-Reay pushed Ferrucci wide. With nothing but a curb separating him from the grassy runoff, Ferrucci had nowhere to go but into the side of Hunter-Reay’s car. The day was ruined for both drivers, but it was yet another stroke of bad luck in a difficult year that sees Ferrucci sitting 12th in the overall points standings.

Team Penske has been all over the place with its performance this year, but no driver epitomizes the agonizing back-and-forth of the 2020 IndyCar season quite like Will Power. While he won on Saturday, Power’s pit crew has struggled this year, and he likely could have finished higher than sixth on Friday had it not been for a slow stop that saw him lose track position.

His win in Harvest Grand Prix Race 2, his second on the year, was a much-needed relief for the Australian driver. But it was also a reminder of what could have been this season. If he’d only had more days like that and less of them like Friday, he could be a championship contender right now.

Again, it seems strange to include championship leader Scott Dixon on the list of drivers that struggled during a race in 2020—but he needed far more from IMS than he managed. Coming into the weekend, he led Josef Newgarden by over 70 points. When the checkered flag flew on Saturday, that gap had shrunk to 32.

It wasn’t a terrible weekend for Dixon. It just wasn’t great. He had a chance to wrap up the championship before heading to the season finale, but that chance was shot from qualifying for Friday’s race, when Takuma Sato crashed and brought out a red flag before Dixon could set his fast lap. He was on the back foot for the rest of the weekend, and Newgarden was there to gain from the New Zealander’s mistakes.

Yes, the Harvest Grand Prix did allow a select amount of fans to attend, but the fans watching at home encountered a few problems.

The first race of the weekend aired on a Friday afternoon because of the previously scheduled Intercontinental GT Challenge event—a day when most folks are at work. And instead of being on NBC or NBCSN, that first race was broadcast on USA.

Many IndyCar fans we spoke with were surprised by both the Friday race and the strange network. It was a frustrating bit of scheduling, especially since Newgarden’s domination shrunk his championship points deficit drastically, making the race well worth viewing live.

On top of that, when that GT Challenge race took place on Sunday—what would have normally been the typical IndyCar race day—the weather ended up being wet and cold. We could have had ourselves a damp shootout to take us one step closer to the championship, which would have made the weekend even more interesting. An unintentional frustration, but a legitimate one nonetheless.