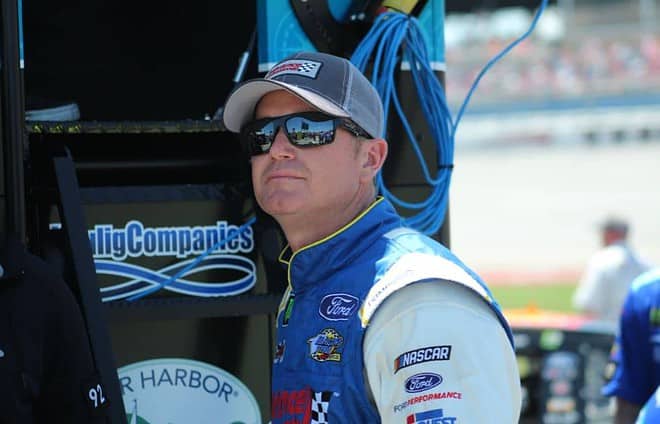 After a long absence, Timothy Peters is returning to the NASCAR Gander RV & Outdoors Truck Series.

The 40-year-old Peters will climb aboard the No. 52 Toyota for Halmar Friesen Racing at Kansas Speedway for the Clean Harbors 200 (Oct. 17), the team announced today, Oct. 9.

Peters replaces the normal full-time driver and co-owner of HFR’s No. 52, Stewart Friesen, who had a scheduling conflict.

“Since we are not in the playoffs this year we decided to bring in Timothy Peters to drive the truck for us at Kansas,” Friesen said in a team release. “We are really excited to see what Timothy can do with the HFR No. 52 Toyota Tundra. With his successful history in the Truck Series, we are confident in his ability to drive our truck to a strong finish.”

Although Peters is a veteran of the series with nearly 250 NGROTS starts and 11 wins under his belt, the Kansas contest will be the Virginian’s first NASCAR start of any kind since October 2019, when he made a start for NEMCO Motorsports at Talladega Superspeedway.

Although he’s no longer competing full time on the NASCAR circuit, Peters has stayed busy racing late models across the Southeast.

Peters hops into a truck that has struggled to pick up speed in 2020 after a very competitive 2019 campaign. So far, Friesen has notched just three top fives and 10 top 10s this season.

It is safe to say that Zach Gillispie has been obsessed with race cars for nearly his entire life. After all, his childhood home was just a stone's throw away from Charlotte Motor Speedway. Since joining Fronstretch in 2018, Zach shares his passion for motorsports with the racing faithful around the country through his unique journalistic voice as one of the site's News Writers. He somehow does it all while juggling duties as a full-time college student, an entrepreneurial businessman and the News Director of a small market radio station.
Previous Did You Notice?: Matt DiBenedetto Missing Modern-Day NASCAR Ingredients — Money & Connections
Next Stock Car Scoop: Clint Bowyer Announces 2021 Plans 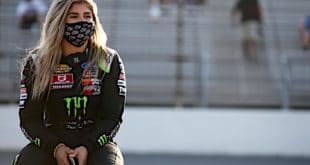