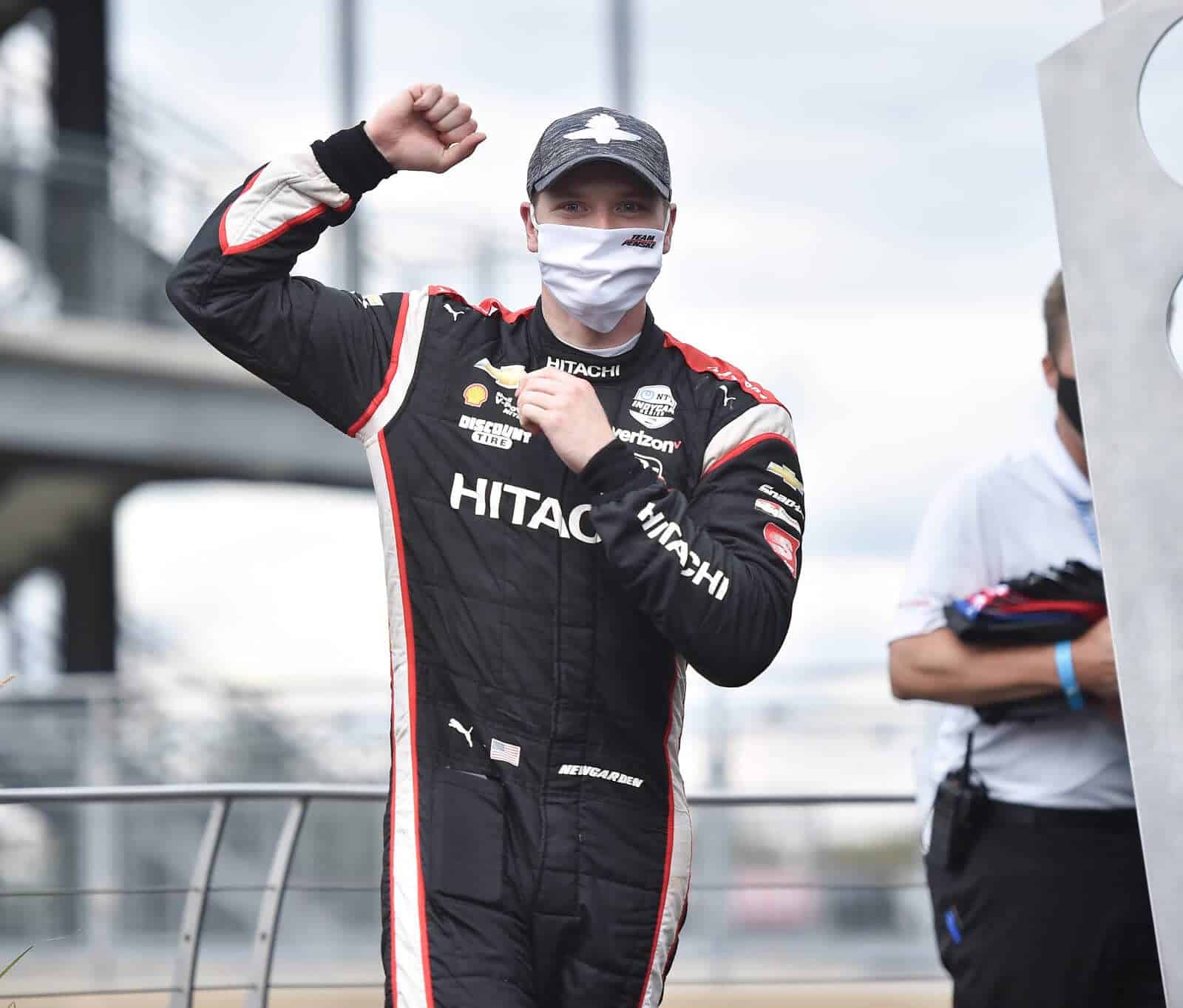 The 2020 IndyCar championship only has one race left, but the title hasn’t been decided. Despite Scott Dixon leading the NTT IndyCar Series standings all season long, his sixth championship remains in doubt. Josef Newgarden is right on his tail. What will it take for each driver to win the Astor Cup?

The series is in the middle of a three-week break before it the season finale on the streets of St. Petersburg, Fla. (Oct. 25), and there’s no way either Dixon or Newgarden is resting easy. The two drivers are separated by only 32 points heading into the final race, which means that it’s theoretically possible either one could nab the title. They are the only two remaining championship contenders.

There’s one big thing to keep in mind that is different in the 2020 IndyCar season.

Normally the IndyCar season finale is a double-points race, which means the winning driver could pick up over 100 points. This year, however, the series has opted against ending its shortened season with that caveat. That means Newgarden and Dixon are battling on the standard scale: 50 points for a win, plus four extra points available—one for scoring pole, one for leading at least one lap and two for leading the most laps.

In order for Newgarden to usurp Dixon, he’ll have to have a perfect weekend at St. Petersburg in which he scores all 54 available points. Even then, Dixon will also have to finish 10th or lower for Newgarden to pass him and defend his 2019 IndyCar championship title.

Is it possible? Absolutely. Is it likely? At this point, it’s tough to say.

The case for Scott Dixon

Dixon seemed untouchable at the start of the season, going so far as amassing a 117-point lead over his closest competition. But his recent performance has slowed while Team Penske and its No. 1 machine have found their stride. Now it seems like Newgarden has more consistency than the Chip Ganassi Racing driver as they face off one last time for the championship.

Dixon has an up-and-down track record at St. Pete. He’s finished in the top 10 nine times since the track joined the IndyCar calendar in 2006. He’s also suffered crashes, failures and generally disappointing days. But he doesn’t need a great day to take home the championship in 2020. He just needs to put in a solid effort and find some of his earlier season form.

The case for Josef Newgarden

Newgarden has never been particularly stellar at St. Pete, but he did win last year’s race. He’s finished in the top 10 four times out of the eight times he’s competed there.

The challenge for the championship is much higher for Newgarden. He has to hope that he has a perfect race and for Dixon to finish in the rear half of the field—two very big asks that depend as much on luck as they do on skill.

However, he currently has most of the momentum, having won two of the last five races (Gateway race 1 and Harvest GP race 2). Another two of those victories belong to his Team Penske teammate Will Power, so Newgarden could rely on him as a resource for success.

Tensions will be understandably high for both Newgarden and Scott Dixon at St. Petersburg, but given how both are prior champions driving for the two most successful teams in IndyCar, there’s no concrete way to accurately predict which driver will take home the championship.