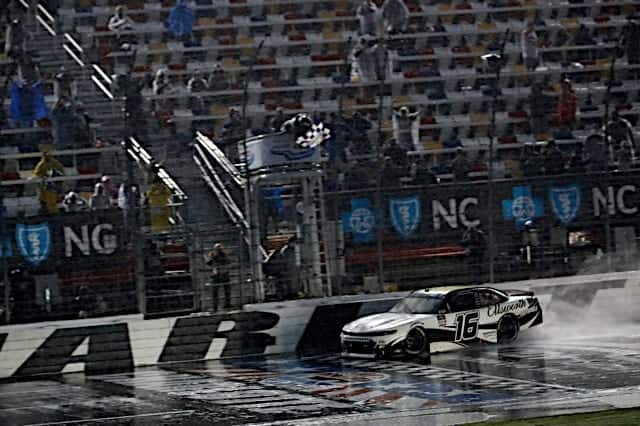 In this week’s edition of the Frontstretch Podcast, Dustin Albino and Mike Neff discuss rain racing at the Charlotte Motor Speedway ROVAL, as it played a factor in both the NASCAR Cup and Xfinity series races.Chase Elliott scored the victory in the Cup race, his fourth straight win on a road course. The duo chats his road course expertise, with 55.5% of his career wins thus far coming while turning left and right.

Meanwhile, 2019 champion Kyle Busch has been eliminated after the Round of 12. Are there changes needed in the No. 18 camp, and if so what should those changes be?

Clint Bowyer, who ran the majority of the second half of the event with no power steering, Austin Dillon and Aric Almirola were also eliminated from championship contention. We give our take on their respective seasons.

On Saturday, the Xfinity Series was the center of attention, competing in a heavy downpour. AJ Allmendinger was the victor, his second of the season. Riley Herbst and Noah Gragson had yet another run-in, but the story of the race was the monsoon the drivers competed in, and if the race should have been ran. We have some hot takes on this one.

Finally, Allmendinger joins the show to discuss his win at the ROVAL, if it was safe to race in the rain, happiness with Kaulig Racing and returning to the team in some capacity in 2021.

Dustin joined the Frontstretch team at the beginning of the 2016 season. 2020 marks his sixth full-time season covering the sport that he grew up loving. His dream was to one day be a NASCAR journalist, thus why he attended Ithaca College (Class of 2018) to earn a journalism degree. Since the ripe age of four, he knew he wanted to be a storyteller.
@@DustinAlbino
Previous 5 Points to Ponder: Wet ‘N’ Wild Is Where It’s At in NASCAR
Next Jesse Iwuji Teaming With BJ McLeod Motorsports for 3 Races 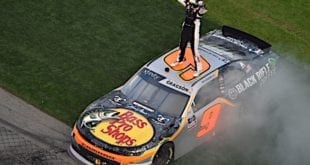