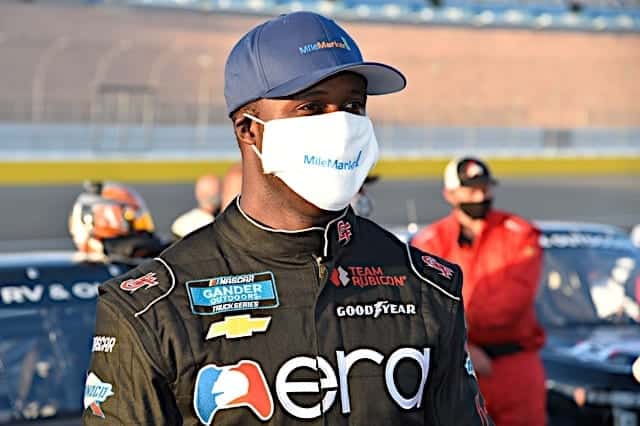 BJ McLeod Motorsports will field Jesse Iwuji in three of the final four NASCAR Xfinity Series races of 2020, according to TobyChristie.com.

He has one series start on his resume before Kansas; he raced MBM Motorsports’ No. 13 at Road America in August, finishing 26th.

“What a dream come true as a US Navy service member to continue living my dreams, getting the opportunity to run an oval in a [NASCAR Xfinity Series] car this weekend at Kansas with BJ McLeod Motorsports,” Iwuji told TobyChristie.com. “Six years ago I was in the middle of an Arabian Gulf deployment, now I’m racing in the Xfinity Series. My goal this weekend is to learn from all of the drivers who have far more experience, run all the laps, and finish clean.”

The Texan will be sponsored at Kansas by the eRacing Association, which is a new iRacing league set to launch in December. No sponsorships have been announced for the races at Texas or Phoenix.

The driver for BJMM’s No. 99 at Martinsville Speedway has not yet been announced.

Adam Cheek joined Frontstretch as a contributing writer in January 2019. A 2020 graduate of VCU, he works as a producer and talent for Entercom Richmond's radio stations. In addition to motorsports journalism, Adam also covered and broadcasted numerous VCU athletics for the campus newspaper and radio station during his four years there. He's been a racing fan since the age of three, inheriting the passion from his grandfather, who raced in amateur events up and down the East Coast in the 1950s.
@adamncheek
Previous Frontstretch Podcast: Racing in the Rain, AJ Allmendinger Chats Xfinity Victory at ROVAL
Next Brandon Jones Returning to Joe Gibbs Racing in Xfinity in 2021 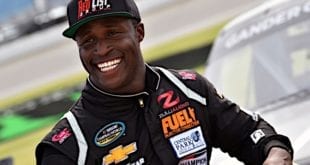 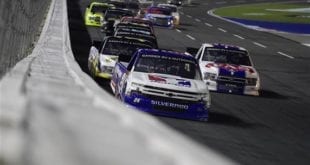 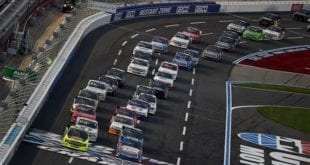