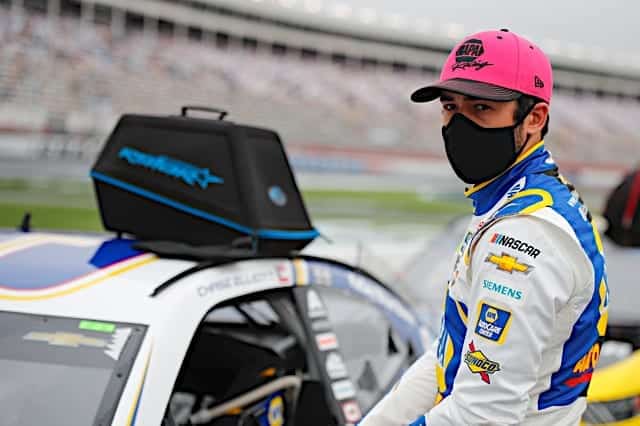 Last week, King Richard Petty caused a bit of a ruckus calling dirt racing “unprofessional.” Do you know what is really unprofessional? Having turn 1 at the Charlotte Motor Speedway ROVAL contribute to the outcome of the NASCAR playoffs. Speaking of unprofessional, how about racing on a wet track not because of rain but because of weepers that were uncontrollable. If NASCAR wants to add excitement and chaos to their playoffs, why not just add a Figure 8 race instead?

Dirt racing on a non-dirt track like Bristol Motor Speedway is not unprofessional as Petty suggested, but it is a gimmick just like the ROVAL. Gimmicks belong in Road Runner Challenge events at Rockford Speedway, not as part of the NASCAR playoffs.

Let’s check the Power Rankings after the Ridiculous ROVAL.

I’m not buying the Larson to Hendrick deal. I know Tony Stewart has wanted to hire him badly, as stated in the past. With Stewart-Haas, Larson gets great equipment, a great tutor, in Stewart and an owner who doesn’t mind Larson catching a dirt race every now and then. Larson to Stewart-Haas…